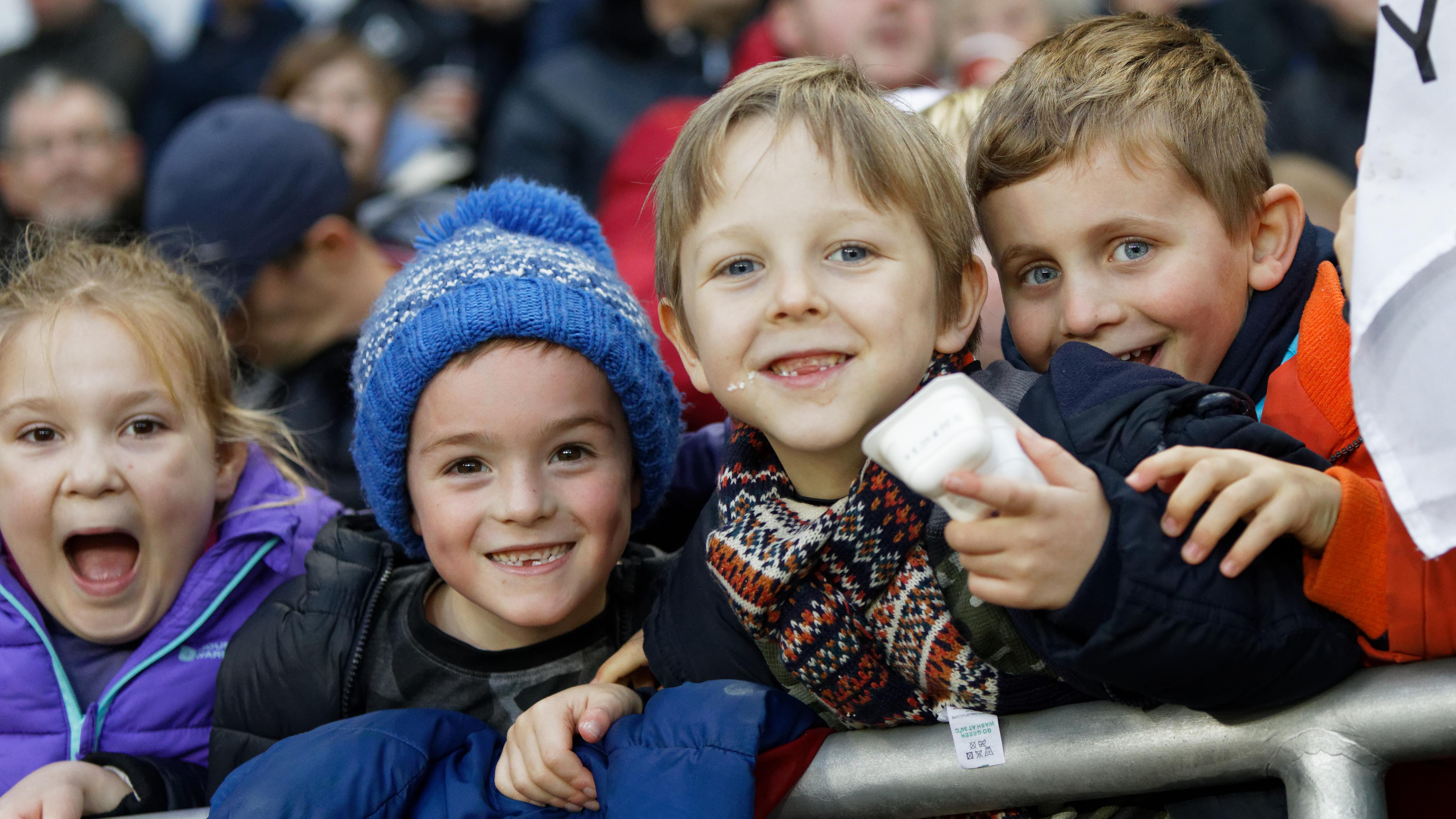 Teams from across South Wales watched the Swans progress into the quarter-finals of the FA Cup thanks to the club’s ‘Come With Your Club’ scheme.

The ‘Come With Your club’ scheme gave junior football teams the opportunity to watch the Swans play in the third and fourth rounds of the FA Cup competition, where Graham Potter's men beat Gillingham and Brentford respectively.

Both fixtures saw the Swans win 4-1 in front of the Liberty Stadium crowd and several junior league teams sitting in the South Stand, with the number of young Swans becoming a lucky charm for the club’s cup success.

The junior league teams could be seen in the South Stand in their club colours with smiles and laughter in abundance.

One of these clubs was Birchgrove Colts, who were delighted to participate.

“The boys had a fantastic time and found it very useful to watch the way the game is played on the big pitch. They feel they learnt a lot from it tactically”, says Phil Parvin, spokesperson on behalf of Birchgrove U10s.

“I would highly recommend that other clubs take the opportunity to bring their teams along to experience it firsthand”, he added.

Also among the crowd of junior league teams was Morriston Town, with some of their young players experiencing their first ever Swans game.

Stacie Mages, speaking on behalf of Morriston Town Under sixes, said: “For many of the kids it was their first experience of a real football game. The excitement shone from every one of their faces from start to finish.

“They enjoyed so much they can't wait to return to watch their favourite team win more home games."

The scheme also allowed participating teams to enter a star prize draw where the winning club will be granted sole use of the Liberty Stadium pitch and dressing rooms at the end of the season for a training session or inter-club match.

Swans star Connor Roberts randomly selected a team from the draw, and Pontardawe Town U12s were the lucky winners.

The club would like to thank the following teams for participating in the scheme and supporting the Swans: