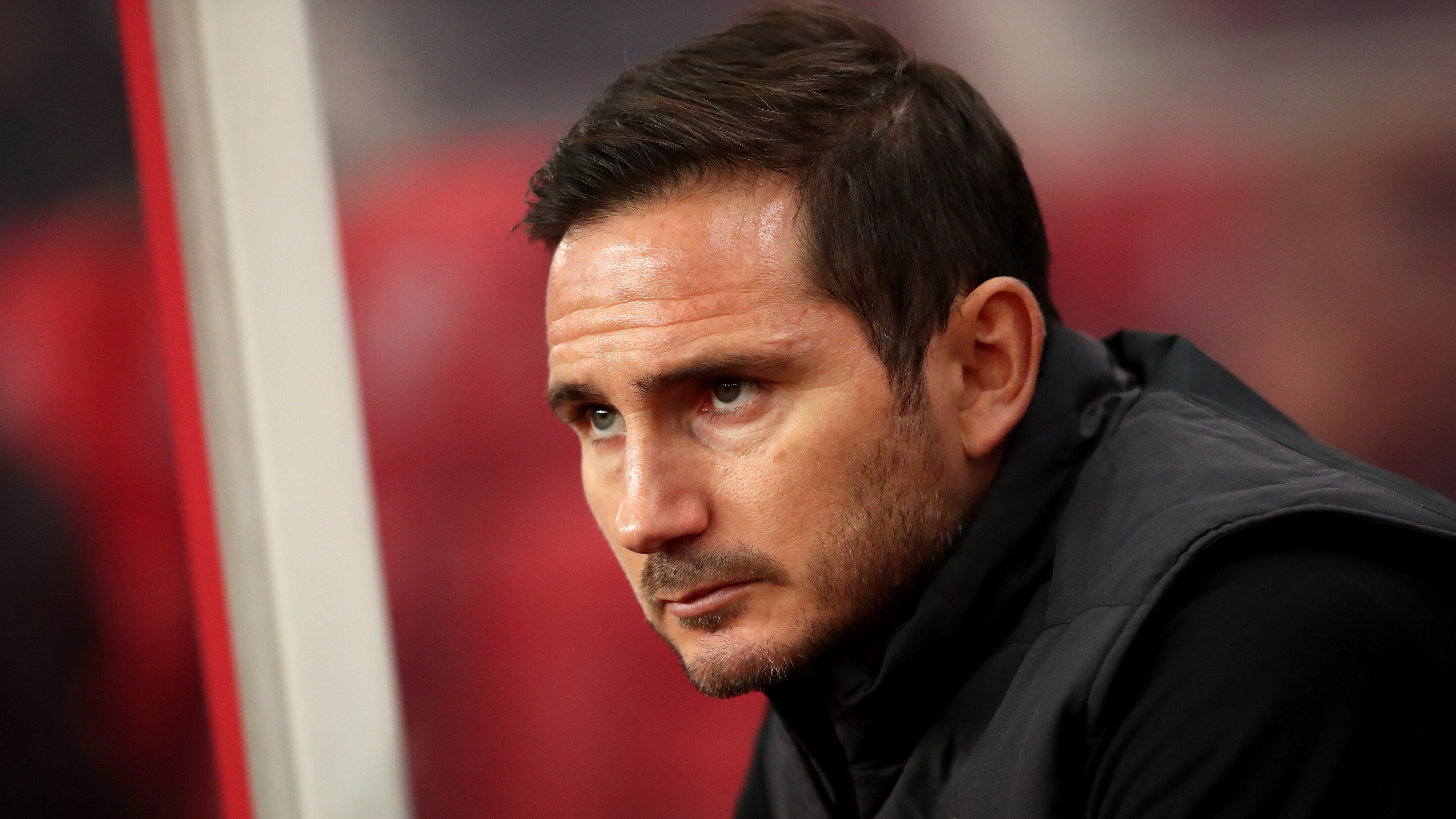 Frank Lampard still looks out for the results of the club who handed him a senior debut in football.

On Saturday, however, he won't have to look far to keep an eye on Swansea City's fortunes.

Lampard takes charge of Derby County for his side's Championship clash against a club who gave him some crucial lessons during the early stages of his career.

The former Chelsea, Manchester City, New York City and England midfielder played 11 times for the Swans - scoring his first professional goal - during a loan spell at the Vetch in 1995.

He would return to West Ham and enjoy a career which would see him lift the Champions League, Premier League title, FA Cup and League Cup along with the Europa League.

Yet he still has a soft spot for the Swans, who were then in Division Two.

"My spell at Swansea was very important in my development, I had two months there at the age of 17," said Lampard in his pre-match press conference.

"I was learning the game and I’ve always had a little look for their results over the years because of that period.”

Lampard joins the list of former Swans who have played for the club and then managed against them.

Below, we look at some of the names to have done so.

HARRY GRIFFITHS
Welsh international forward Harry Griffiths was one of Swansea's finest servants. Locally born, he signed professional at the Vetch Field in June 1949 and was twice ever-present, starring as Swansea took top-flight Sunderland to an FA Cup fifth round replay in 1954-55. He switched to left-back and was a key figure in Swansea's 1961 Welsh Cup final triumph. He scored 72 goals in 421 League games before moving to Merthyr Tydfil in April 1964. While at Merthyr he was player-manager during a Welsh Cup semi-final against the Swans. He re-joined Swansea as coach in April 1967. He was also chief scout, trainer, physio and manager between January 1975 and February 1978, then assistant-boss until his death in April 1978.

STEVE KEAN
Former Scotland Schoolboy midfielder Steve Kean had a loan spell at Swansea City during the 1986-87 season. Signing professional for Celtic in July 1986, he failed to secure a first-team slot and was loaned to Swansea in February 1987. He made his League debut in that month's 1-1 draw at home to Crewe and played four League games while at the Vetch Field. After five years in Portugal with Academica, then Naval, he reunited with Mark McGhee at Reading in September 1993 where injury ended his career. He has since been Academy director at Reading, then Fulham where he also assisted manager Chris Coleman. Also managed Blackburn Rovers and later worked in Singapore and Brunei.

CHRIS COLEMAN
Brilliant left-back Chris Coleman was capped 31 times by Wales after leaving Swansea City. A former Manchester City junior, he moved to the Vetch Field in August 1987 and starred as Swansea won promotion in 1987-88. He was twice a Welsh Cup winner and ever-present in 1989-90, scoring twice in 160 League games prior to joining Crystal Palace for £275,000 in July 1991. Helping them win the First Division title in 1993-94, he moved to Blackburn Rovers for £2,800,000 in December 1995, then Fulham for £2,100,000 two years later. His career was ended by a car accident and he went on to manage Fulham, Real Sociedad, Coventry, Greek side AEL, Wales and Sunderland. He is currently in charge of Chinese Super League club Hebei China Fortune.

DAVID HODGSON
Former England U-21 striker David Hodgson briefly played for Swansea City during the 1991-92 season. Signing professional for Middlesbrough in August 1978, he impressed in the top-flight and joined Liverpool for £450,000 in August 1982. He helped them win the League Championship in 1982-83 and was sold to Sunderland for £125,000 in August 1984. Appearing in the 1985 Milk Cup final, he joined Norwich City in July 1986, then played for Sheffield Wednesday and Metz before joining Swansea in March 1992, making three League appearances. He also had three spells as Darlington's manager.

FRANK LAMPARD
England international midfielder Frank Lampard had a loan spell at Swansea City during the 1995-96 campaign. Signing professional for West Ham in July 1995, under his father Frank and uncle Harry Redknapp, he was loaned to Swansea in October 1995 and scored once in nine Second Division games while at the Vetch Field. He quickly impressed in the Premiership, scoring on his England debut in October 1999 and joining Chelsea for £11,000,000 in July 2001. He also played for Manchester City and American club New York City FC.

JAN MOLBY
Former Danish international midfielder Jan Molby managed Swansea City to the Third Division play-off final in 1996-97. Starting with hometown Kolding, he played for Ajax prior to joining Liverpool in August 1984, helping win the League Championship three times and FA Cup twice. He moved to Swansea as player-boss in February 1996 and netted three goals in 41 League games while at the Vetch Field before leaving in October 1997. After working in the media, he became Kidderminster Harriers' boss in May 1999 and plotted their 1999-2000 Conference title triumph. He then managed Hull City and Kidderminster again.

ROBERTO MARTINEZ
Spanish midfielder Roberto Martinez was an experienced figure in Swansea City's 2004-05 promotion success. Initially with Vipla Balaguer, he spent five seasons with Real Zaragoza before moving to Wigan Athletic in July 1995 with his team-mates Jesus Seba and Isidro Diaz. He helped Latics win the Third Division title in 1996-97, then qualify for the Second Division play-offs three times. Joining Motherwell in July 2001, he moved via Walsall to Swansea in January 2003 and netted four goals in 122 League games prior to joining Chester City in August 2006. He returned to Swansea as manager in February 2007, before taking over at Wigan and Everton. he is currently in charge of the Belgian national team.

The centre-back served the Swans with distinction, and played for the club in all four divisions. Made 280 appearances in all competitions - scoring seven goals - and famously lifted the Championship Play-Off title and League Cup at Wembley. His block during the play-off final win at Wembley against Reading will forever be remembered by Swans fans, while his leadership and service to the club were also crucial in the club's rise. Monk joined from Barnsley on a free transfer in June 2004, and retired from football in February 2014 to take is first step into management following the sacking of Michael Laudrup. After winning his first game in charge - a 3-0 derby-day victory over Cardiff - Monk led the Swans to safety. In 2014-15 he managed the Swans to their best finish - eighth - and highest points total - 56 - in the Premier League. After leaving the club in December 2015, he went on to manage Leeds United, Middlesbrough and current club Birmingham City.