Leon Britton is taking the first steps towards earning his coaching badges by helping nurture the next generation of potential Swans stars.

The 33-year-old, who has made well over over 400 appearances since arriving in South Wales in 2002, is helping train the academy's Under-14s squad on a weekly basis at Landore training ground.

The sessions not only allow potential future Swans stars gain valuable experience from a Premier League player, but also helps Britton complete his qualifications for a coaching licence.

"It has been a really good experience," said Britton, who has made four first-team appearances this season. "The young players here have been great to work with. I am still at a very early stage of my coaching career but they have been patient and really do make it easy for me.

"When you are a player you can take training for granted but when you start coaching you realise the thought process behind everything.

"It has been a real learning curve and has opened my eyes - I even find myself asking more questions when I train with the first-team."

Britton, who has played in every division for the Swans along with winning the Capital One Cup, believes it was time to give something back to the club where he has spent the last 13 years.

"As you get older, it is about looking at life after playing," he added. "Coaching is definitely something I am looking to do when I finally hang up my boots.

"I feel I can give something back to the next generation of footballers we have here at the academy.

"It would be crazy for me not to get involved with the knowledge and experience I have gained during my career. I would like to try and pass that onto the boys.

"There are some really good players coming through and we want to see more Ben Davies' and Joe Allen's produced by our youth system.

"The Swans fans love seeing a home-grown player and with the new facilities we have here at Landore I am confident we will produce more in the coming years."

Under-14s defender Jacob Jones is just one of a number of young Swans players to be trained by Britton in the last few weeks.

The teenager believes the midfielder's influence is already helping improve his game.

"We are so proud to have Leon come down and coach us," he said. "It was a surprise at first but he is great to work with. As a person he is so humble and down-to-earth you would not be able to tell he is a Premier League star - he is just like any other coach.

"My crossing has improved massively since he has come on board, which has helped me assist with more goals this season.

"We would love to see more Premier League players get involved with coaching sessions.

"As academy players we want to be competing against them in a couple of years. If we learn directly from the first team it will be of benefit to the club."

Watch the full feature on Leon Britton coaching with Swans Academy on Friday's Swans In Focus episode via www.swanstv.com 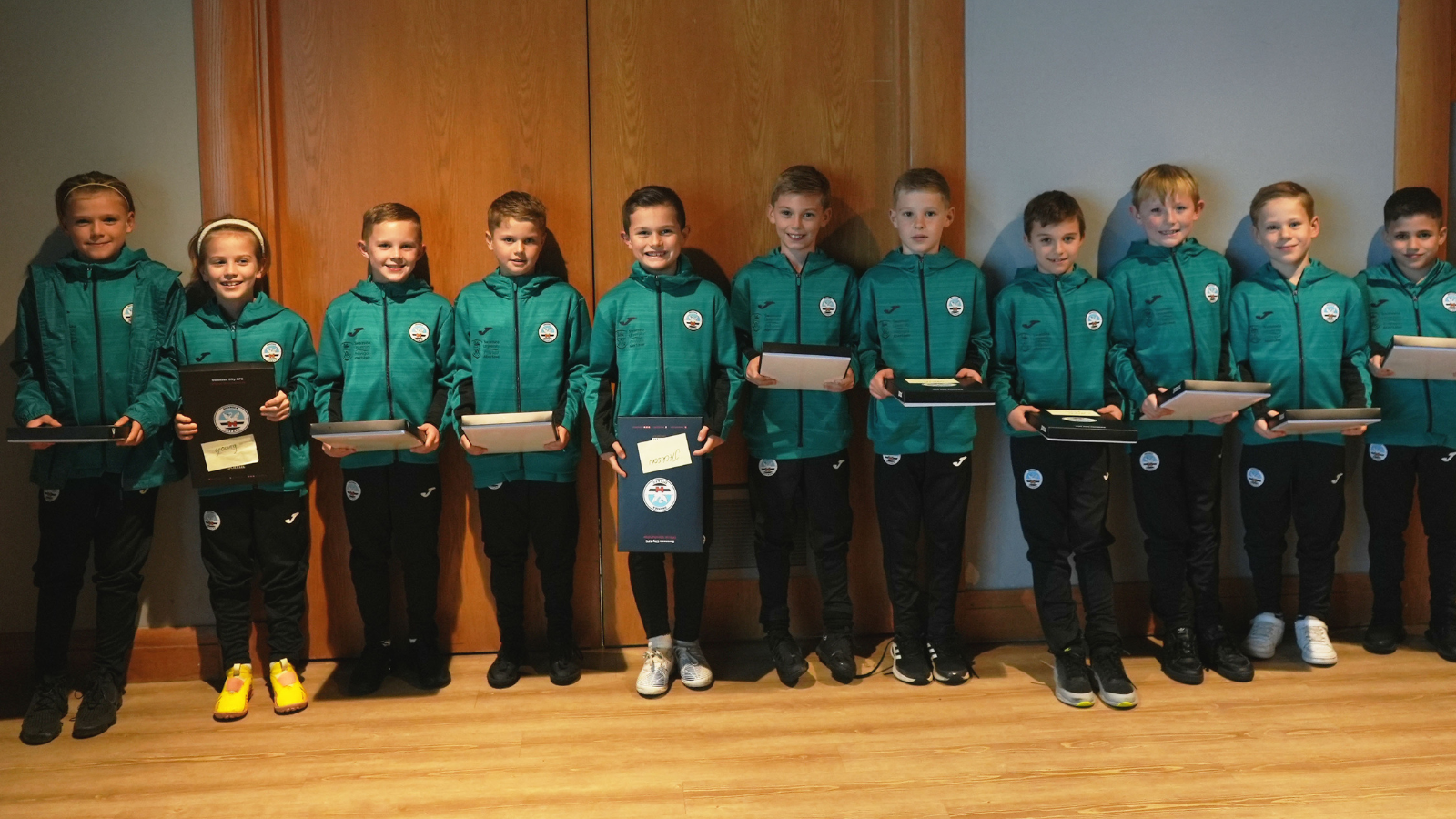