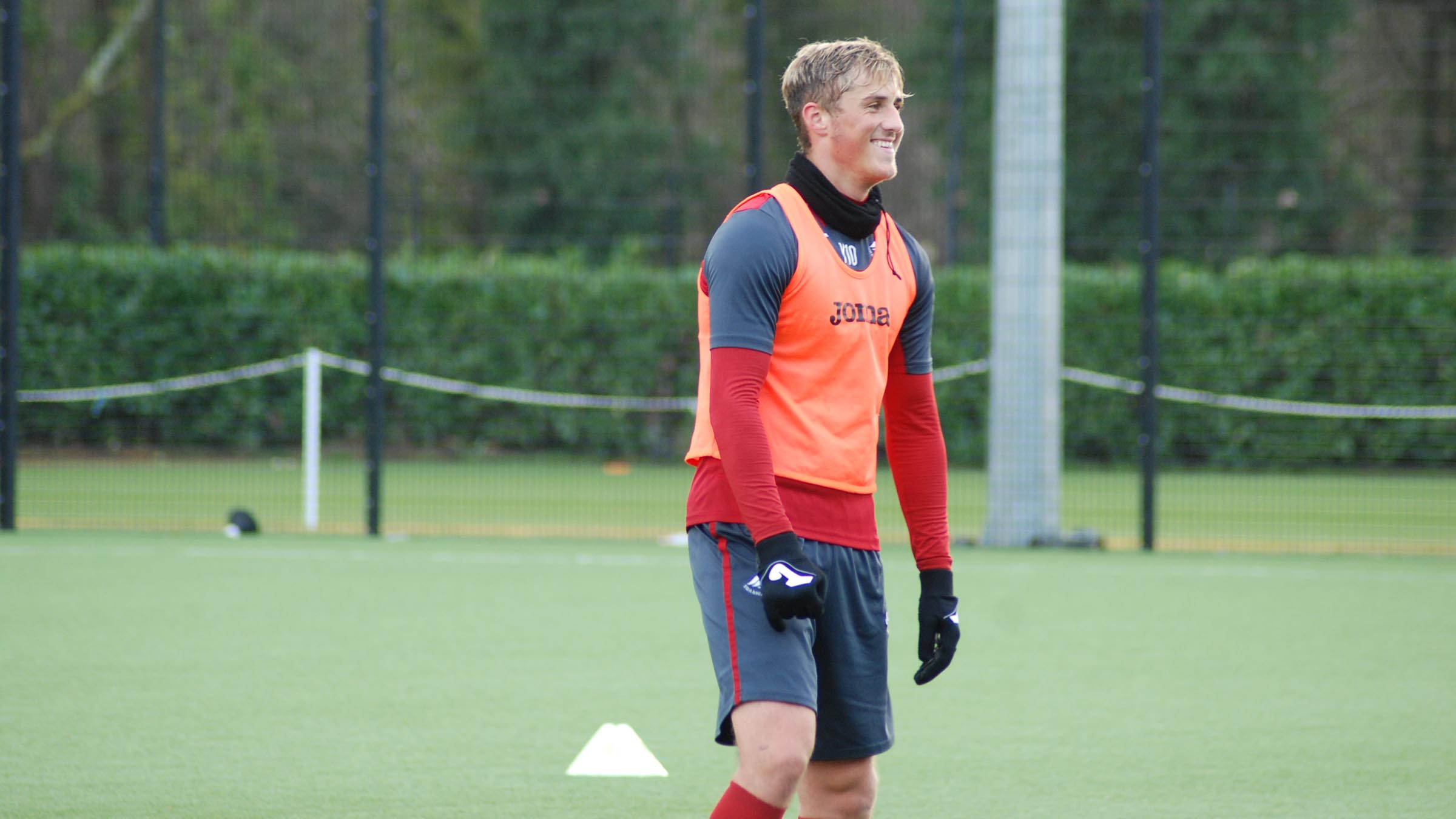 Joe Lewis is targeting more game-time with Swansea City’s development squad after making his first full start for the under-23s.

The Neath-born defender, who made a brief debut off the bench during last month’s win over West Ham, helped the young Swans to a 1-1 draw against Newcastle in the Premier League Cup om Monday.

The second-year scholar is the latest under-18s player to feature for the development side, following in the footsteps of Brandon Cooper and Matthew Blake.

“It was exciting to get my first start and great to get the opportunity,” he said.

“I have been looking to take that step up all season and those six minutes against West Ham last month left me wanting more.

“I had lots of good players around me. Cian (Harries) was a great partner at centre-back.

“He has lots of experience at this level and at first-team level and I think that made things a bit easier for me.

“A few players from the under-18s have progressed into the development squad this season. Seeing players like Brandon and Matt make that jump makes you want it more.”

Lewis has been a regular starter at under-18 level this season, clocking up more than 15 appearances.

The 18-year-old is one of 11 players looking to secure a professional contract with the Swans for next season and insists he is keen to prove himself at a higher level.

“I hope I have given a good account of myself,“ he said.

“I am fighting to earn a professional contract. This is the level I need to be at if I want to prove myself.

“It was great to get a taste of what I could have next year and I hope to earn more chances with the under-23s going forward.”

Swansea City's Under-23s are next in action this Friday, February 16 (7pm) against Tottenham in Premier League 2 at Landore.

The game will be streamed live and free via www.swanseacity.com.