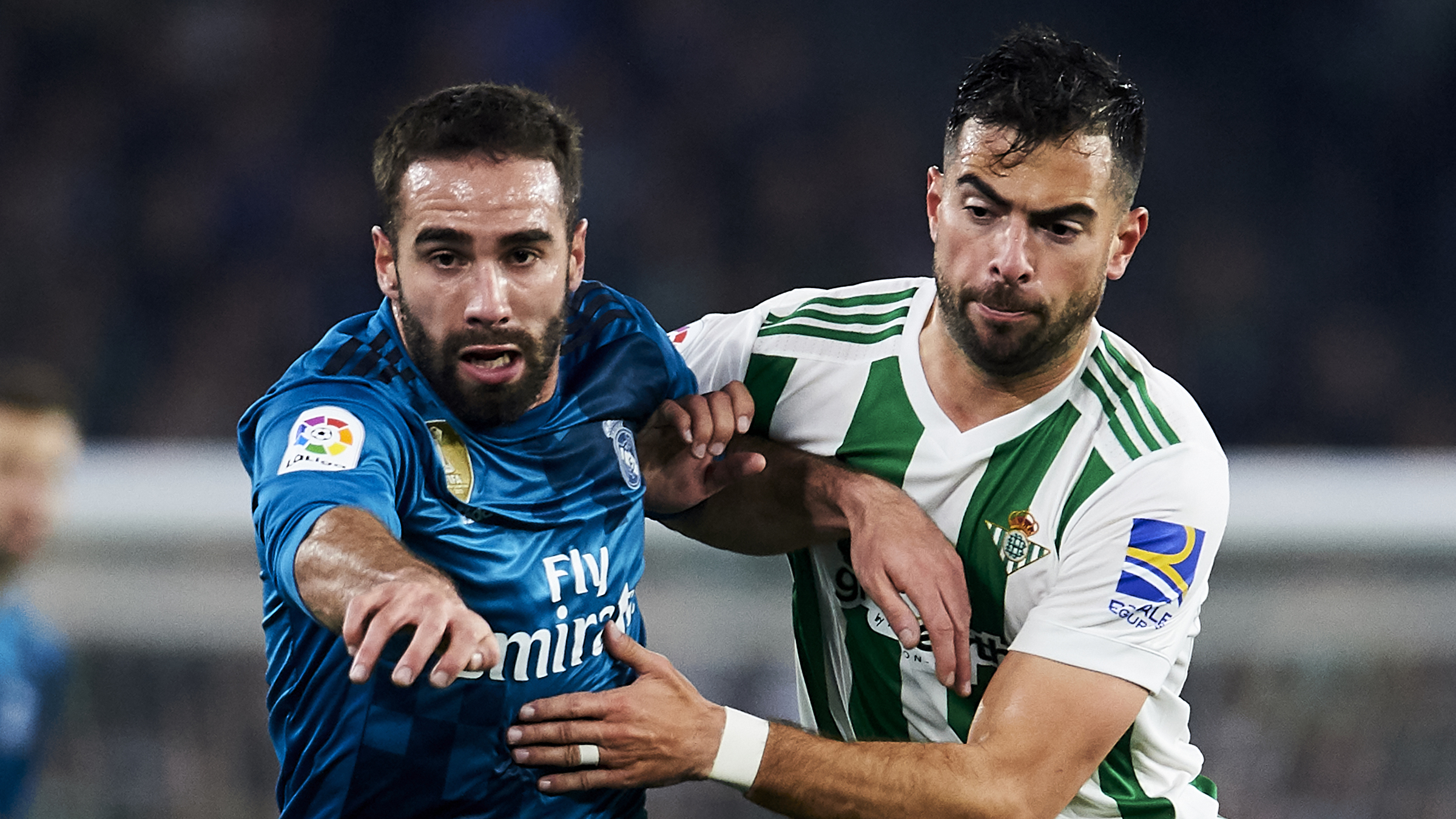 Amat played for 75 minutes as part of Betis’ back three in a game they led 2-1 at half-time only to end up losing 5-3.

The on-loan Swansea City star has had plenty of game-time of late, playing the full 90 minutes of last Monday’s 1-0 victory at Deportivo La Coruna.

The midfielder began on the bench, but came on for the final 14 minutes of Sevilla’s 2-1 victory.

Borja did not feature in Malaga’s 2-1 defeat to Valencia, while Jefferson Montero’s Getafe side face Celta Vigo tonight.

In the Championship, Oli McBurnie’s Barnsley did not have a game, but the striker will hope for more action when they host Burton in a key relegation clash on Tuesday.

League One side Wigan, meantime, take on Manchester City in the Emirates FA Cup tonight with Jay Fulton eligible to play.

Matt Grimes played the full game for Northampton Town as they claimed a creditable 2-2 draw at Scunthorpe United in the third tier.

And in League Two, Adam King has enjoyed a good week at Mansfield Town.

The Scottish midfielder was one of the Stags’ star performers as he made his debut in a 5-0 thumping of Newport County – for whom Tyler Reid was an unused sub – last Tuesday.

And he kept his place as Mansfield chalked up another victory at Exeter on Saturday.

Mansfield boss Steve Evans has been impressed by King, saying in the wake of his debut: “That boy has got everything in his locker when you watch him play.

“You can tell he’s a young man from a higher-placed club. Young Kingy was never frightened from the moment he walked into the building.”

Full-back Reid was an unused Newport substitute once again this weekend as they drew 0-0 with Notts County.

Fellow Swans development defender Joe Rodon came off at half-time in Cheltenham’s 2-0 defeat to Wycombe, with Bayo Akinfenwa among the scorers for the Chairboys.

In Scotland, Ryan Blair was an unused substitute in Falkirk’s 1-0 win over Brechin City on Saturday.