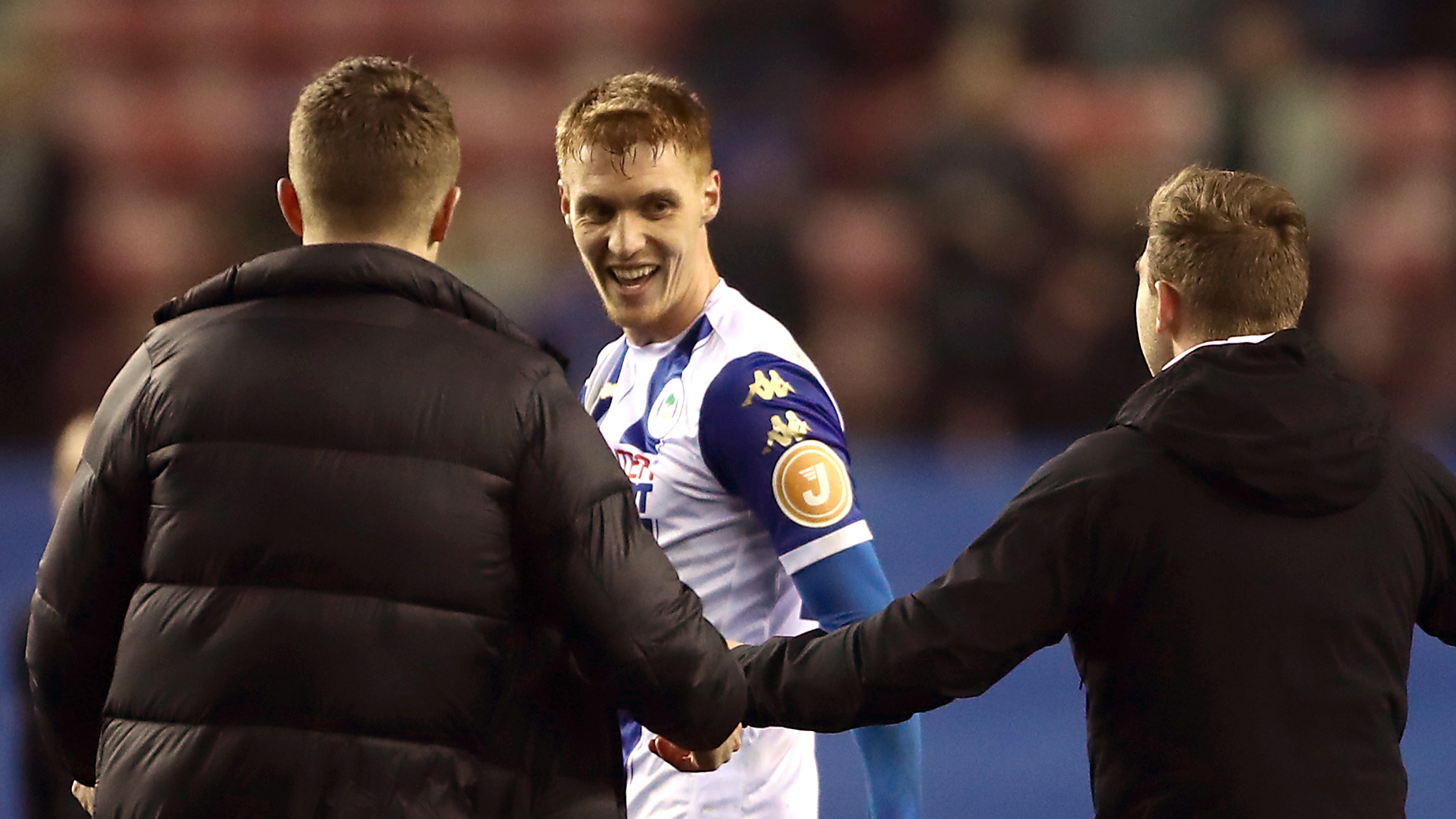 The striker had an eventful afternoon at St Andrew's, with the Swans loanee volleying the visitors ahead in the 12th minute.

He then saw his spot-kick saved after he was checked by Blues' Marc Roberts, but he did double the lead 10 minutes before the break to earn Barnsley's second win from their last 19 games.

Victory moved Barnsley out of the relegation zone at Birmingham's expense, with McBurnie taking his tally to three goals in four games for the Tykes.

And Barnsley boss Jose Morais was full of praise for the young forward.

"Oli McBurnie is a talented player with quality and he is an extraordinary man," he said. "I'm surprised he didn't score the penalty but maybe he wanted to add a bit more suspense to the result."

McBurnie will look to add to his tally when Barnsley visit Hull City - who sit a point above them in the table - on Tuesday night.

In League One, Jay Fulton made his first start for FA Cup giantkillers Wigan as the promotion contenders beat bottom club Rochdale 1-0.

Wigan - who beat Manchester City last week in the FA Cup - did enough to see off Rochdale, who themselves face Tottenham in a replay this week, thanks to Michael Jacob's early strike.

Wigan sit third in the table - three points off leaders Blackburn with three games in hand - ahead of Tuesday night's clash at Bristol Rovers.

At the other end of the table, Matt Grimes made his 36th appearance for Northampton Town as they were held to a 0-0 draw at home by Oxford United.

The young centre-back played the final 12 minutes as the visitors were pegged back in the last minute of the game in a thrilling 2-2 draw.

Carmarthen were heading for defeat as the game entered the 90th minute, but two goals in 90 seconds from Dwayne Coultress and former Swans youngster Lee Surman capped a remarkable comeback as the game ended 3-3.

Jordi Amat, though, hopes to be involved tonight as Real Betis travel to Levante in La Liga.