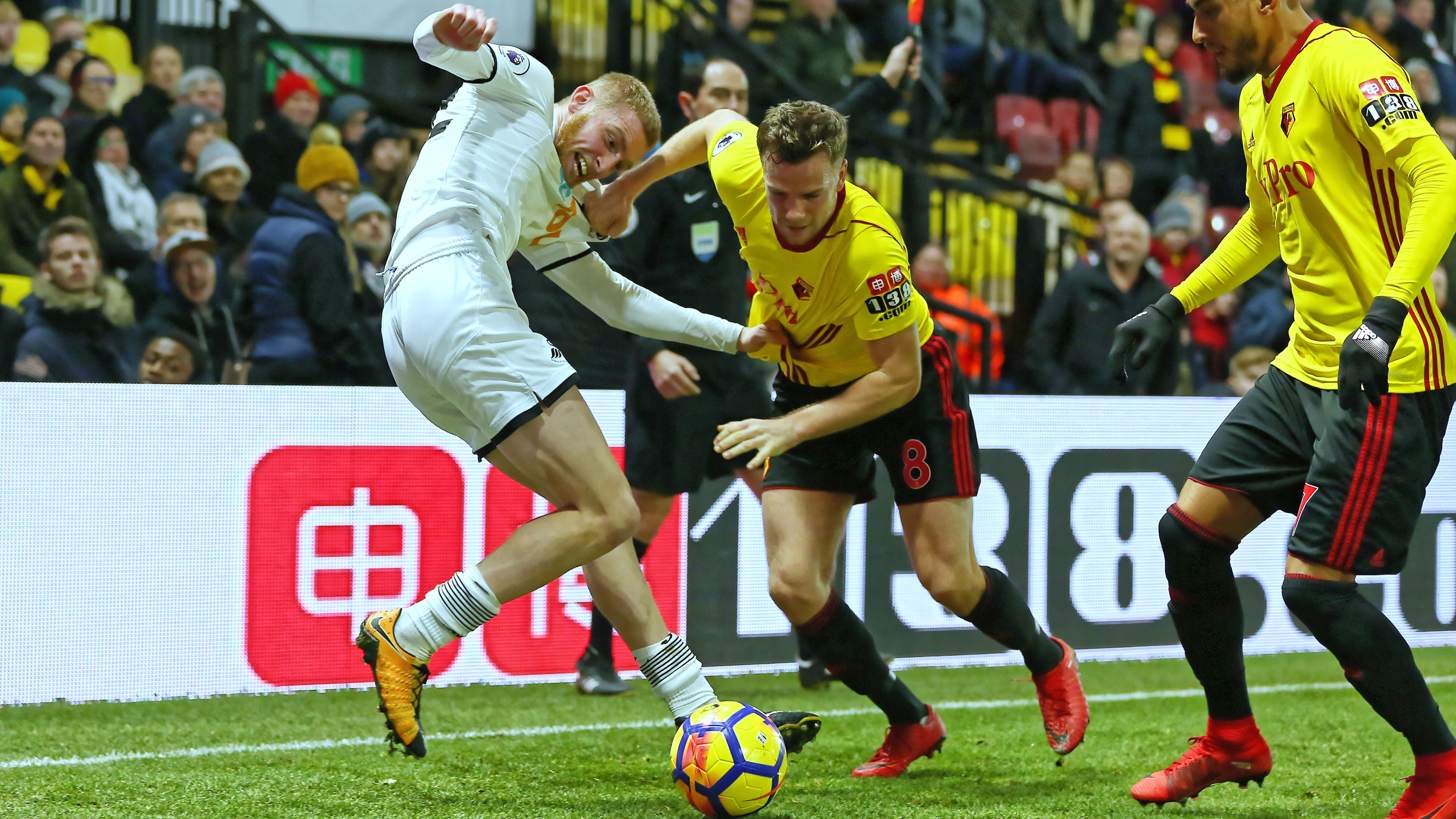 Oli McBurnie scored another crucial goal for Barnsley this weekend as the Tykes claimed a vital win in their quest to stay in the Championship.

The on-loan Swansea City striker netted for the seventh time in 11 Barnsley appearances as they claimed a dramatic 3-2 victory over Yorkshire rivals Sheffield United.

Barnsley remain in the relegation places, but they are just two points behind 21st-place Bolton and have a game in hand.

The central defender got another 90 minutes under his belt as Betis beat Eibar 2-0 to climb up to fifth in La Liga.

Borja also saw some action this weekend, coming on for the final 11 minutes as struggling Malaga went down 3-2 at Deportivo La Coruna.

Roque Mesa did not feature for Sevilla, while Jefferson Montero was not involved for Ecuadorian club Emelec.

In League Two, Joe Rodon came on for the final 15 minutes as Cheltenham Town beat Morecambe 3-0.

Fellow defender Tyler Reid played the last 17 minutes of Newport’s 1-0 defeat by Stevenage, but Adam King was an unused substitute in Mansfield’s 4-3 loss to Crewe.

Jay Fulton was not involved for Wigan in League One, while Ryan Blair was an unused substitute for Falkirk.

Matt Grimes’ Northampton did not have a game, but go to Blackpool on Tuesday night.