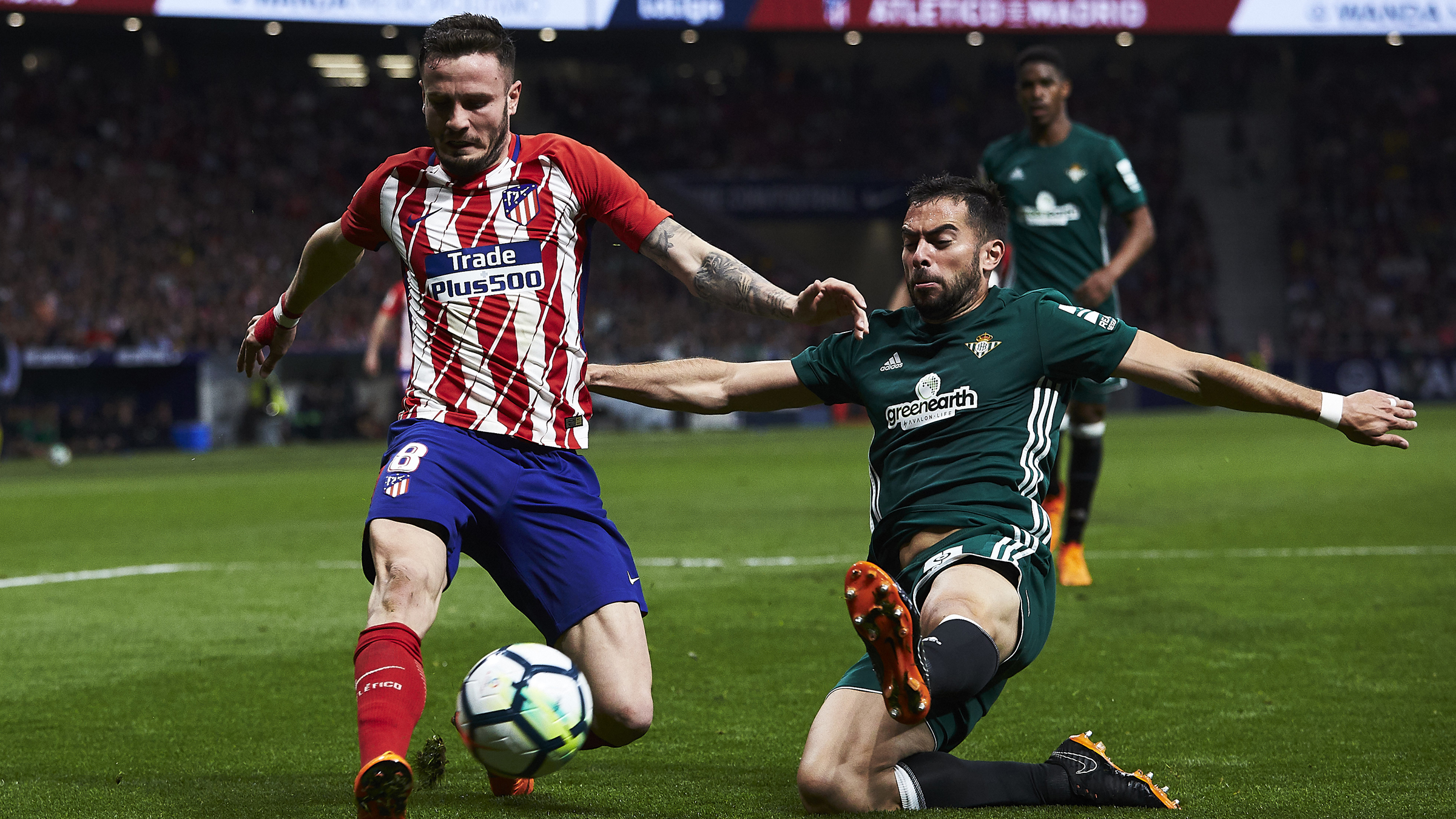 ​​​​​​​Jordi Amat’s fine loan spell as a Real Betis player continued over the weekend as the centre-back played the full 90 minutes against Atletico Madrid.

Amat helped his side to creditable goalless draw as he came up against the likes of Antoine Griezmann and Fernando Torres.

He also played the full game last Thursday night as Betis, who are fifth in La Liga, beat Las Palmas 1-0.

Elsewhere in Spain, Borja came on for the last seven minutes of Malaga’s 1-0 defeat to Levante on Thursday but could not save his team from a defeat which confirmed their relegation.

He was not involved in Sunday’s victory over Real Sociedad, while Roque Mesa did not feature for Sevilla as they were thumped 5-0 by Barcelona in the Copa Del Rey final.

In Ecuador, Jefferson Montero returned to action for Emelec, coming on at half-time as they lost 3-1 at Delfin.

In the Championship, meantime, there was no goal for Oli McBurnie this weekend as Barnsley were beaten 2-1 at Leeds United.

Jay Fulton was back in the Wigan side for their victory over Oxford United in midweek, but he did not feature in the weekend thrashing of Fleetwood which secured the Latics’ promotion from League One.

At the other end of the third-tier table, Matt Grimes made his 45th appearance for Northampton as they beat Plymouth Argyle 2-0 to keep their hopes of avoiding the drop alive.

In League Two, Joe Rodon came on for the final 24 minutes as Cheltenham lost 4-3 at Cambridge, while Tyler Reid (Newport) and Adam King (Mansfield) were unused substitutes in their clubs’ games.

In the Scottish Championship, Ryan Blair came on for the final 28 minutes as Falkirk romped to a 5-2 win at Dumbarton.