New signing Morgan Whittaker feels his transfer deadline day switch to Swansea City is a “really positive move,” with the striker eager to get going under Steve Cooper.

The 20-year-old made the move from Derby County on transfer deadline day for an undisclosed fee, with Whittaker signing a four-and-a-half-year deal at the Liberty Stadium.

He ends a 12-year association with Derby, with Whittaker having made 32 appearances for the first team.

Now he bolsters Cooper’s attacking options which had been hit by injuries to Liam Cullen and Wayne Routledge.

The England Under-20 international is no stranger to Swans assistant coach Mike Marsh, whom he worked with during his time in his nation’s younger age groups, while he is also familiar with Cooper.

“I’m really happy to get the chance to play for Swansea City. I can’t wait to get started. It’s a really positive move for me,” said Whittaker.

“I’ve heard a lot about the club and I don’t think anyone needs telling about where the club’s going.

“I had been at Derby since I was eight, so I must give a lot of credit to them because they helped me progress and showed a lot of faith in me.

“I have a good relationship with Marshy and I know Steve from our time in the England youth ranks, even though he was in charge of the team above my age group.

“He gives young players a chance to show what they can do, and that’s encouraging.

“I’m really looking forward to playing under the gaffer. It’s obviously a big change going from Derby to Swansea but knowing the gaffer and Marshy will help me settle.

“Coming to a new club with the players we have here, obviously I won’t go straight into the team. I must work hard for my place and show my team-mates, the coaches and the fans what I can bring to the team.”

Swansea City has recalled Morgan Whittaker from his loan spell at Plymouth Argyle. 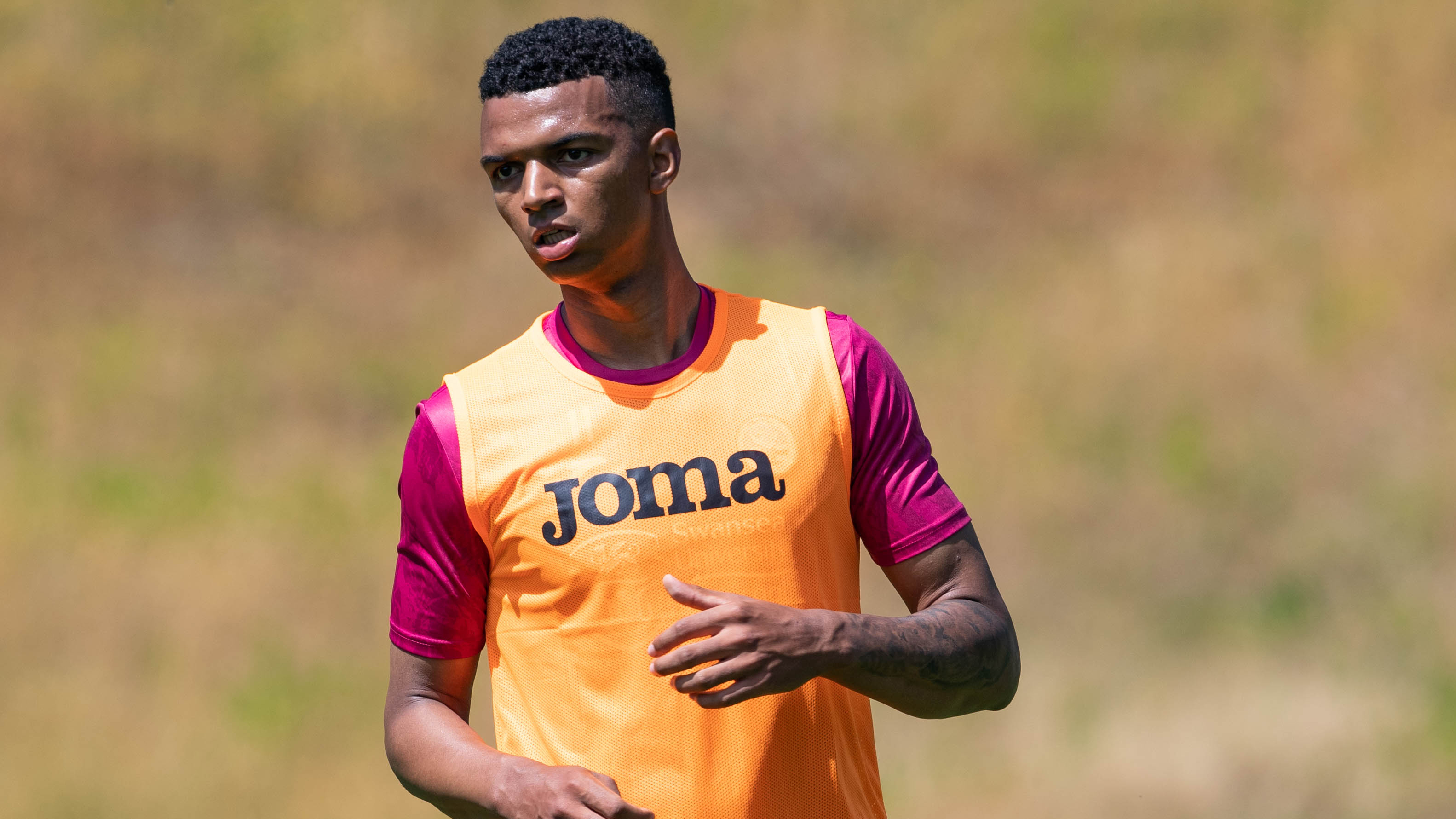 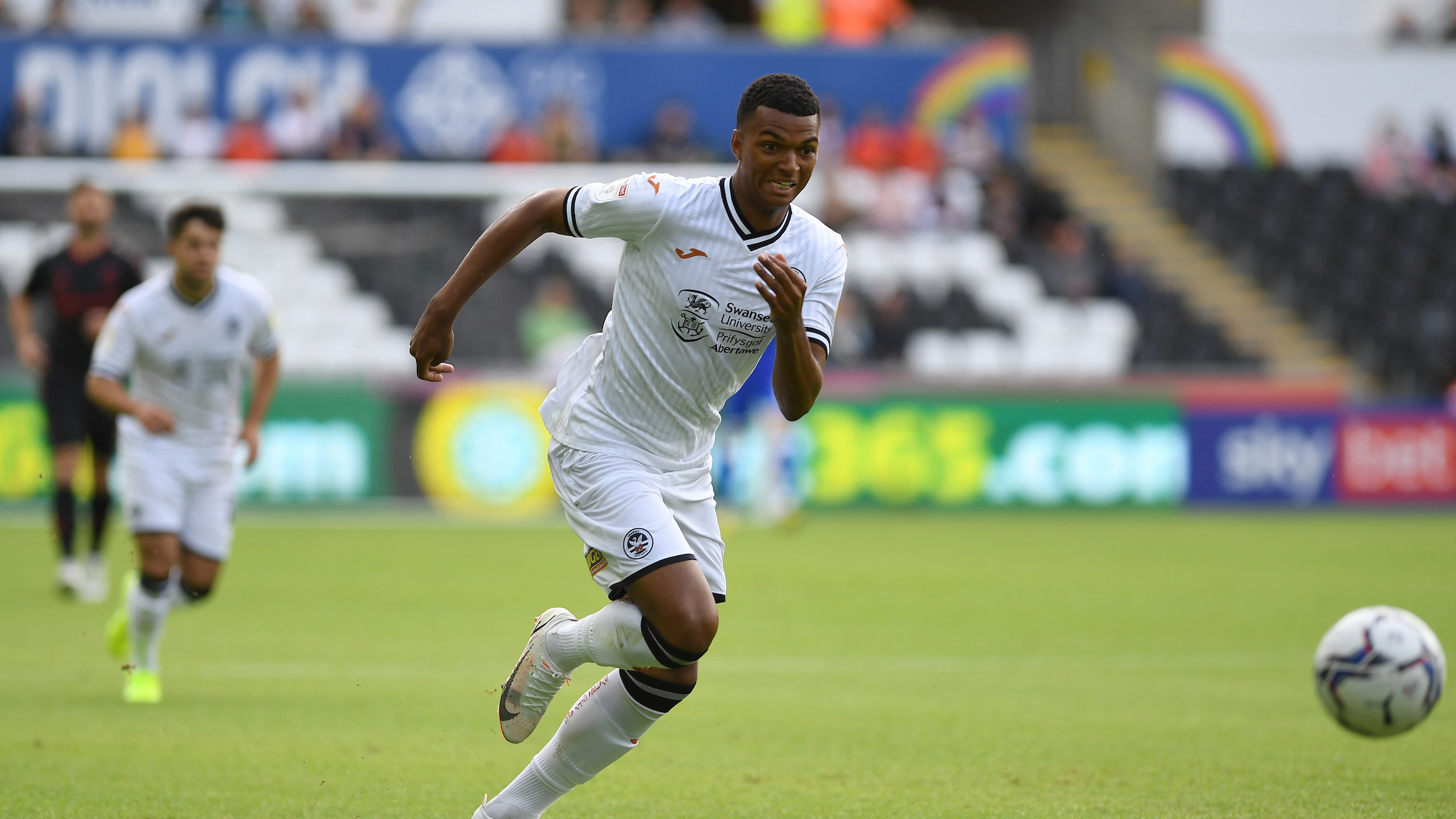 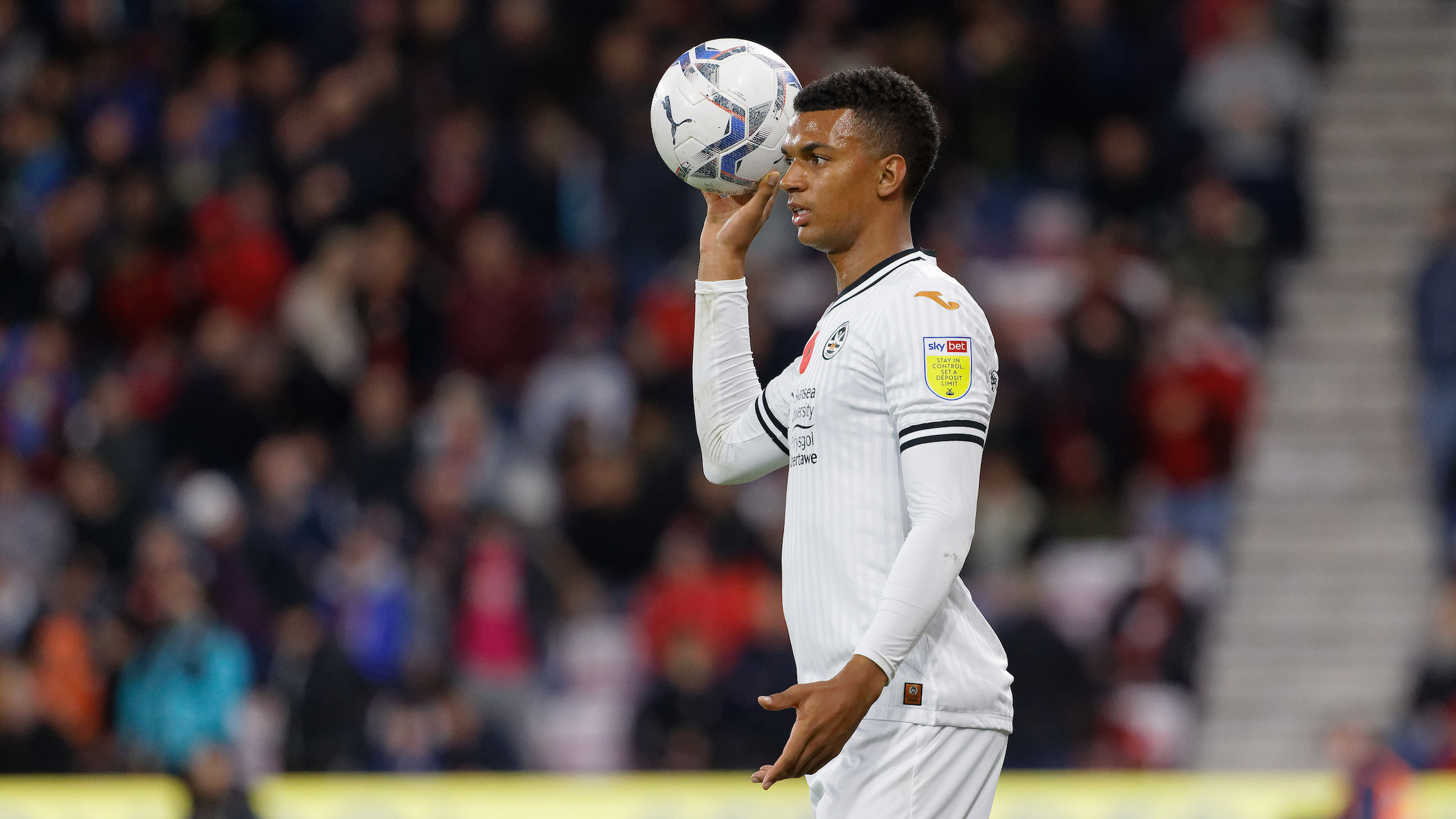 Swansea City forward Morgan Whittaker has joined Lincoln City on loan for the remainder of the 2021-22 season, subject to international clearance.