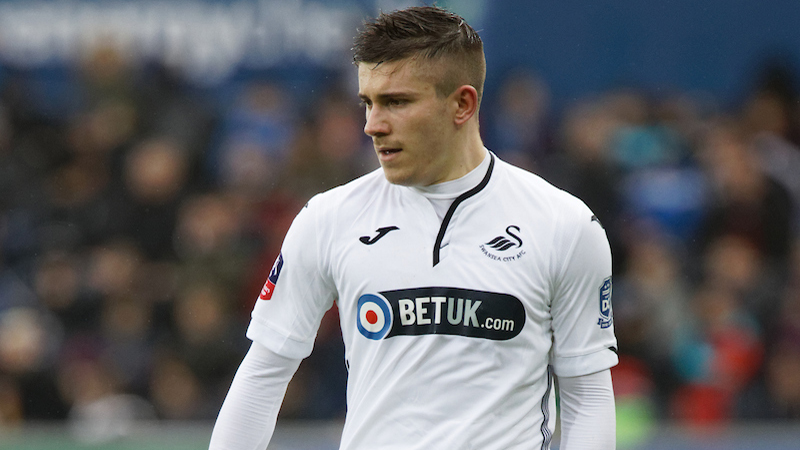 One change for the Swans at Hillsborough

Declan John returns to the Swansea City starting line-up as Graham Potter makes just one change for this afternoon's meeting with Sheffield Wednesday.

The Wales full-back comes in on the left-hand side of defence after recovering from the ankle injury that kept him out of the games against Leeds and Brentford.

Kyle Naughton moves into midfield, with Jay Fulton dropping to the bench as a result.

Kristoffer Nordfeldt retains his place in goal, with Connor Roberts at right-back and Cameron Carter-Vickers and Mike van der Hoorn continuing at the heart of the defence.

Naughton joins Matt Grimes in midfield, with Daniel James, George Byers and Bersant Celina operating ahead of the deep-lying duo.

Oli McBurnie starts up front, while Wayne Routledge is fit enough for a place on the bench following a calf problem.