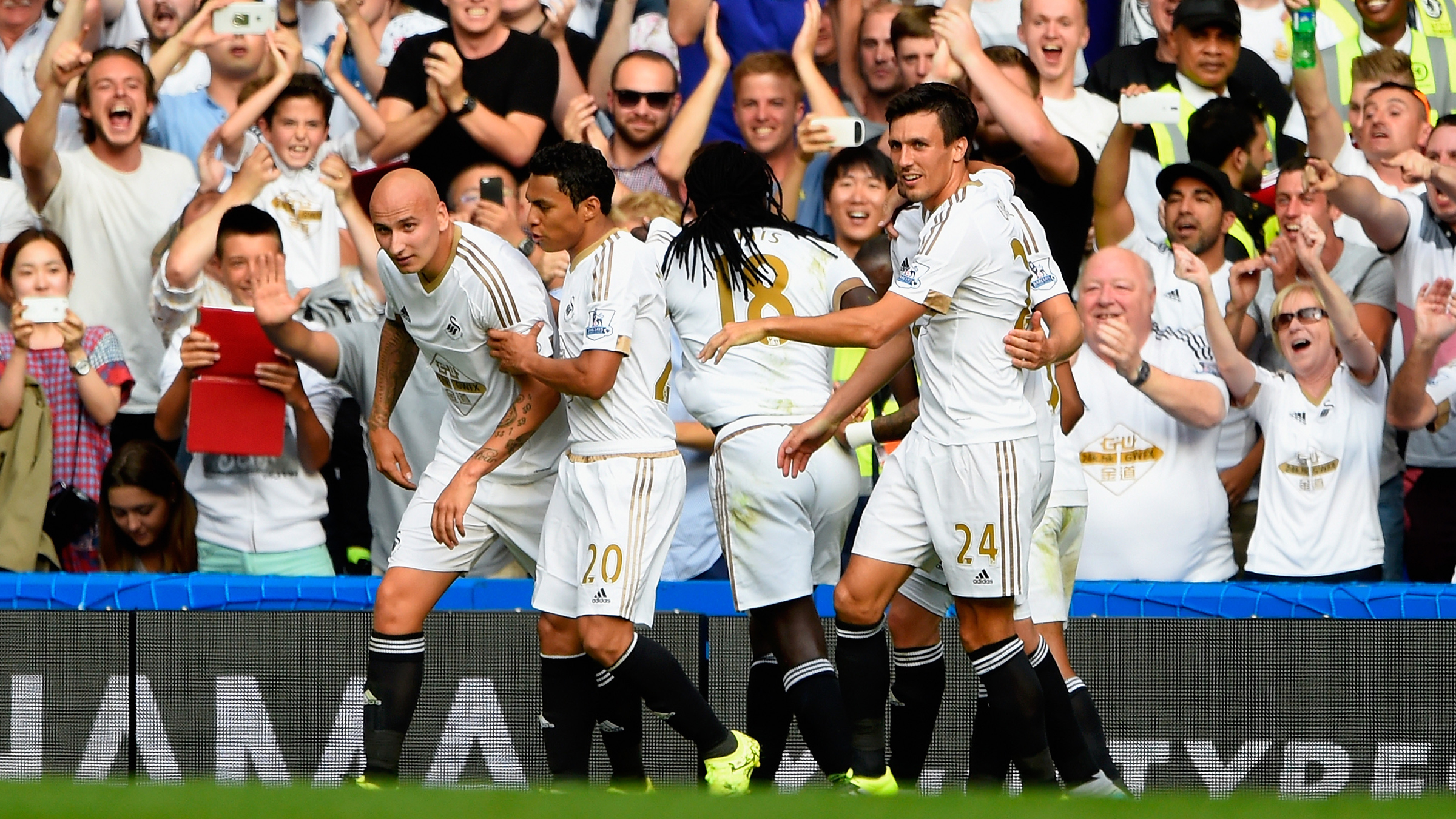 Ahead of the release of the 2018-19 Championship fixtures on Thursday (9am), we look back at some memorable Swansea City opening-day games.

In this first of three parts, we recall matches in the First Division, League One and the Premier League.

The Swans chalked up one of their most memorable victories of all in what was their first game as a top-division club.

Roberto Martinez’s Swans began the League One season with defeat at Boundary Park, but the scoreline did not tell the whole story.

Michael Ricketts netted an early penalty for the hosts which was cancelled out by new Swans signing Jason Scotland only for Craig Davies to win it at the end for the Latics.

But though Martinez’s team were beaten, the tone had been set for the season after they dominated the game thanks to their possession game. It was a sign of things to come.

The Swans were not expected to trouble Jose Mourinho’s star-studded Chelsea side, but Garry Monk’s men came away from Stamford Bridge feeling that they might have won.

Oscar put the Blues in front only for a goal from debutant Andre Ayew to make it 1-1.

Chelsea were soon 2-1 up thanks to Fede Fernandez’s unfortunate own goal, but the Swans levelled from the spot through Bafetimbi Gomis after Thibaut Courtois saw red for bringing down the Frenchman.