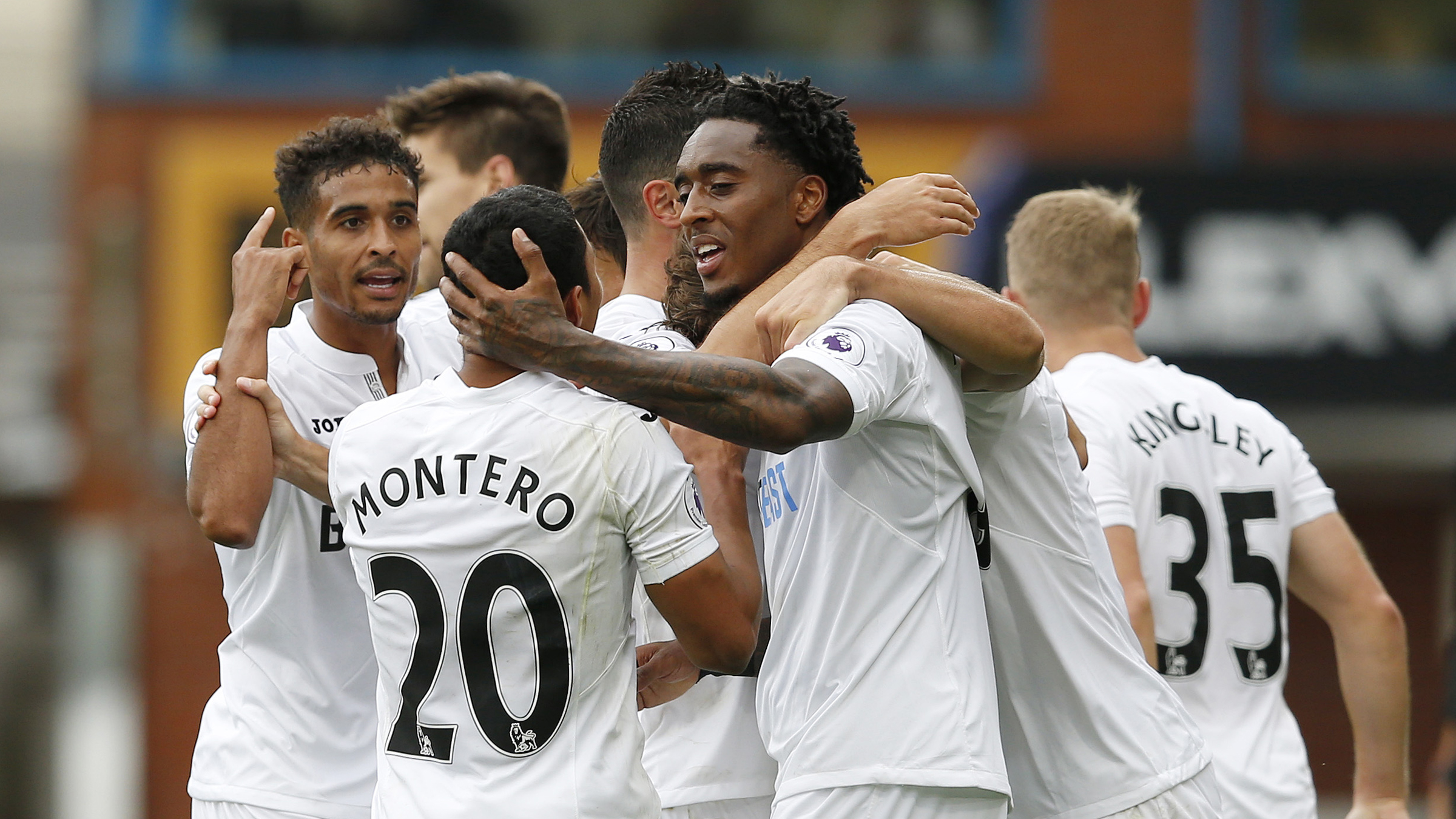 Ahead of the release of the 2018-19 Championship fixtures on Thursday (9am), we look back at some memorable Swansea City opening-day games.

In the last of three parts, we recall matches in League One and the Premier League.

The pressure was on the Swans as they kicked off life at their new stadium in Landore in a new division, but the big day went very well.

Kenny Jackett’s team took the points thanks to a debut goal from Adebayo Akinfenwa, who nodded home from Lee Trundle’s cross.

Jason McAteer ought to have levelled but saw his penalty saved by Willy Gueret, then Trundle saw his spot-kick repelled by Rovers keeper John Achterberg.

Arguably the Swans’ finest opening day of all came in 2014, when Garry Monk’s team delivered the club’s first ever league victory at Old Trafford.

Ki Sung-Yueng put the Swans in front, then Gylfi Sigurdsson – making his second debut after rejoining the club – netted the winner 18 minutes from time after Wayne Rooney’s leveller.

The Swans’ last opening-day success came in 2016, when Francesco Guidoloin’s team chalked up an impressive win at Burnley.

Leroy Fer scored the only goal from close range after debutant Fernando Llorente’s header was saved.

The victory was something of a feat, for the Clarets proved to be very tough to beat on their own patch as the season went on.