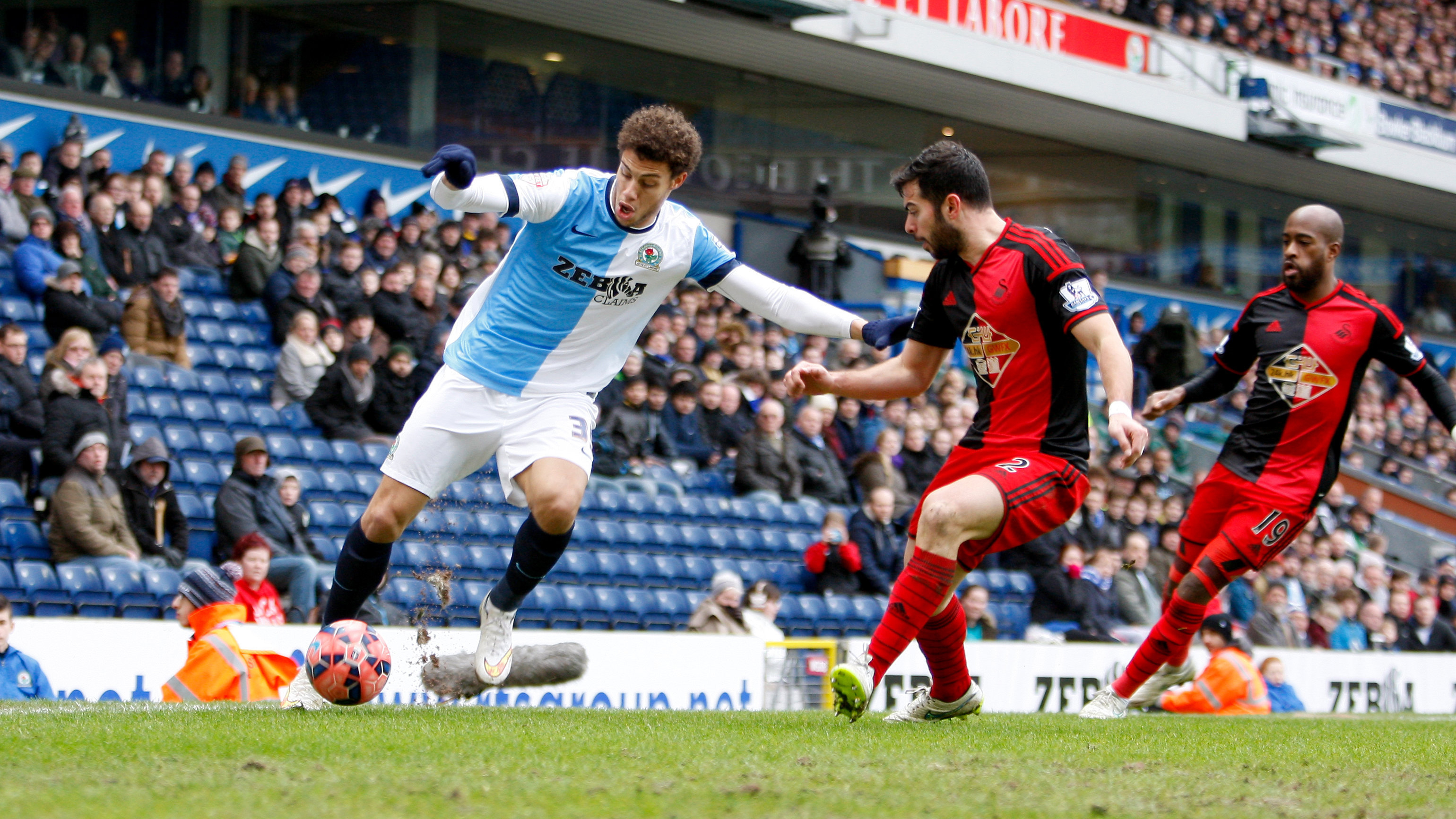 As the Swans travel to Blackburn on Sunday for their final away game of the season, we look back at some memorable meetings between the sides at Ewood Park.

Here, we look back at showdowns in the Premier League, as well as the FA Cup and Third Division.

Blackburn scored twice in the last 12 minutes to send the nine-man Swans crashing out of the FA Cup.

Just seven minutes had passed when Garry Monk’s side were reduced to 10 men, as Kyle Bartley was shown a straight red card for a professional foul on Josh King.

However, they took the lead in the 21st minute when Gylfi Sigurdsson rifled into the top corner from 25 yards.

Rovers equalised almost immediately, though, with Chris Taylor hooking home on the volley.

The hosts completed the turnaround in the 78th minute as Rudy Gestede volleyed past Lukasz Fabianski, who was then unable to hold onto Craig Conway’s rasping drive with a minute remaining.

And the Swans’ misery was compounded in the second minute of stoppage time when Sigurdsson was given his marching orders for a rash challenge on Taylor.

The Swans came unstuck at the hands of an inspired Yakubu, who netted all four goals on a difficult afternoon for Brendan Rodgers’ side.

The Nigerian opened the scoring in the 20th minute when he sent a precise shot well beyond the reach of Michel Vorm.

However, Rovers regained the lead deep into first-half stoppage time through Yakubu’s header, while another gave the hosts breathing space 12 minutes after the break.

The visitors rallied and pulled a goal back when substitute Luke Moore fired home, but they were reduced to 10 men when Joe Allen was dismissed for a second bookable offence later on.

And Yakubu had the last word when he tucked away a penalty to complete the victory after Vuckevic had been brought down.

The Swans were flying high at the top end of the Third Division ahead of their first trip to Blackburn in 13 years.

After their opening seven games, Roy Bentley’s side were second in the table and had gone five games without conceding a goal.

Following a goalless first half, the visitors edged their noses in front seven minutes after the break through Brian Evans.

However, they were breached for the first time in just over nine hours as, two minutes after coming on, Eamonn Rogers equalised for the hosts.

Nevertheless, the Swans were back in front just two minutes later.

Evans turned provider this time with his cross deflecting into his own net off goalkeeper Roger Jones.

The Swans were widely regarded as underdogs for this FA Cup third-round tie.

Although both sides were plying their trade in the Second Division, Blackburn were in form and looked on course for promotion to the top flight.

Nevertheless, the Swans had enjoyed a solid record in the FA Cup – progressing beyond the third round of the competition three times in the last five years.

The Jack Army were certainly in full voice, with several hundred fans making the long journey to Lancashire.

And Billy McCandless’ men prevailed thanks to goals from Terry Medwin and Cliff Jones.