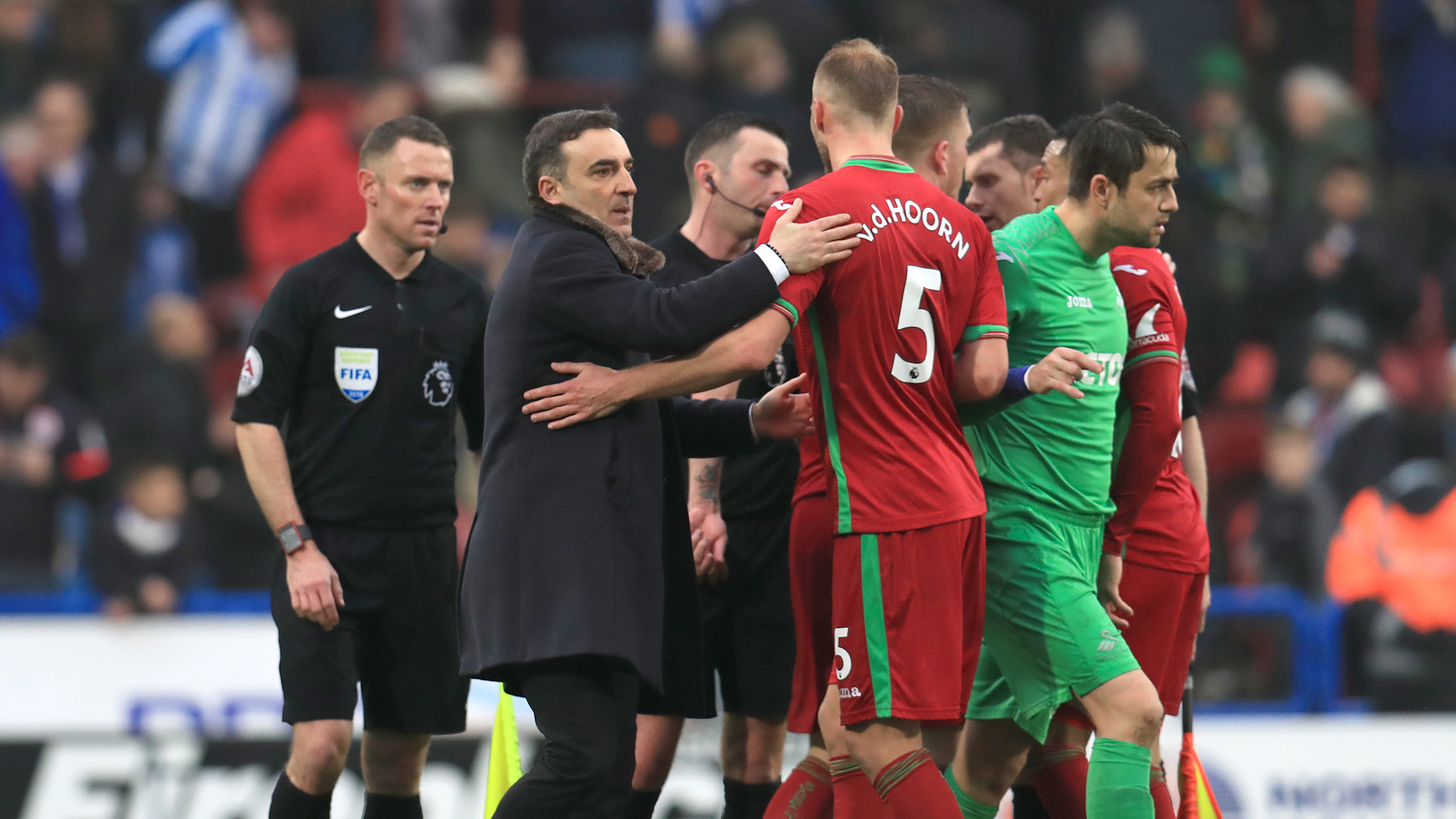 Mike van der Hoorn revealed the Swans squad celebrated their 0-0 draw at Huddersfield like a victory.

The Swans put in a resolute performance at the John Smith’s Stadium with the visitors forced to play more than 80 minutes of the game with 10 men following Jordan Ayew’s early dismissal.

It meant van der Hoorn and Co were put under immense pressure by the Terriers, who struck the post late on via Tom Ince.

But the Swans kept their clean sheet intact after a sterling defensive performance.

And van der Hoorn admitted there were celebratory scenes in the visitors’ changing room.

“We celebrated it like a victory. Having to play for so long with 10 men and still getting a point is really pleasing,” said the Dutch centre-back.

“After the red card we knew how the game would go. We just had to do our best to keep them out and get something from the game.

“We had to defend very strongly. We didn’t get a moment to relax in defence, but the boys must take a lot of credit because they put a lot of very good crosses into the box but we defended well as a team.

"Going forward was difficult, so everyone knew we all had to defend well and that’s what we did.

"The longer the game went the more confidence we took from it, and we are really happy going home with a point.”