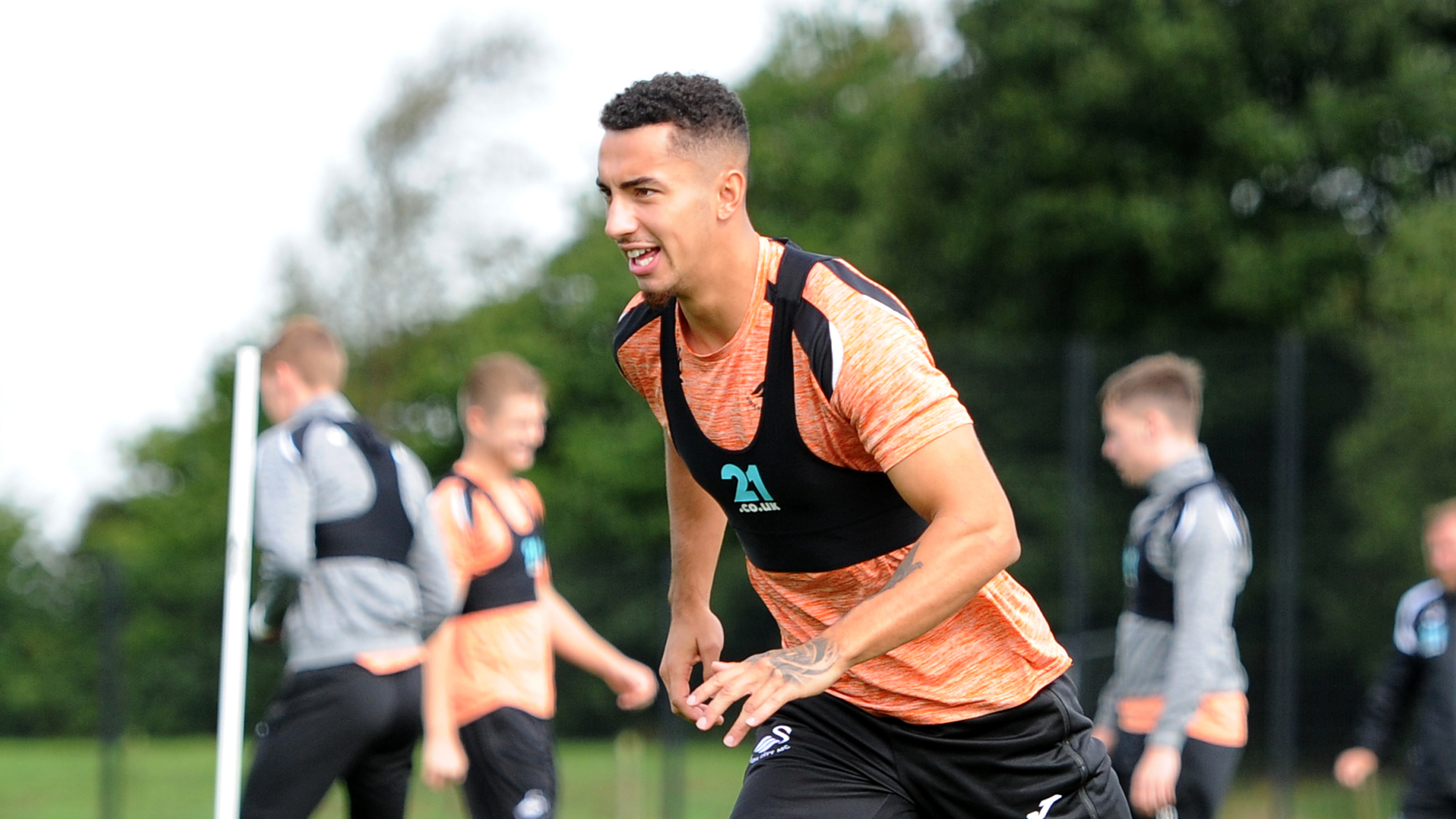 Baker-Richardson, 23, has signed a one-year extension which will keep him at the Liberty Stadium until the summer of 2020.

He overcame the setback of being sent off on his league debut for the Swans at Millwall, and has three goals in 12 appearances under manager Potter this term.

And Potter has praised the determination of resolve of the former Coventry City forward, and feels there is much more to come from Baker-Richardson.

"I am really pleased for him. He is a really good lad, he tries his best every day and does not let things get him down," said Potter.

"He gets his head down and focuses on the next thing he has to do, which is a really good quality to have as a footballer.

"He knows his strengths and weaknesses, but he does not let those things affect him he just carries on and carries on and has a real strong belief in himself.

"So psychologically he is a strong character and he has helped us when he has come in, and given us a different type of centre-forward.