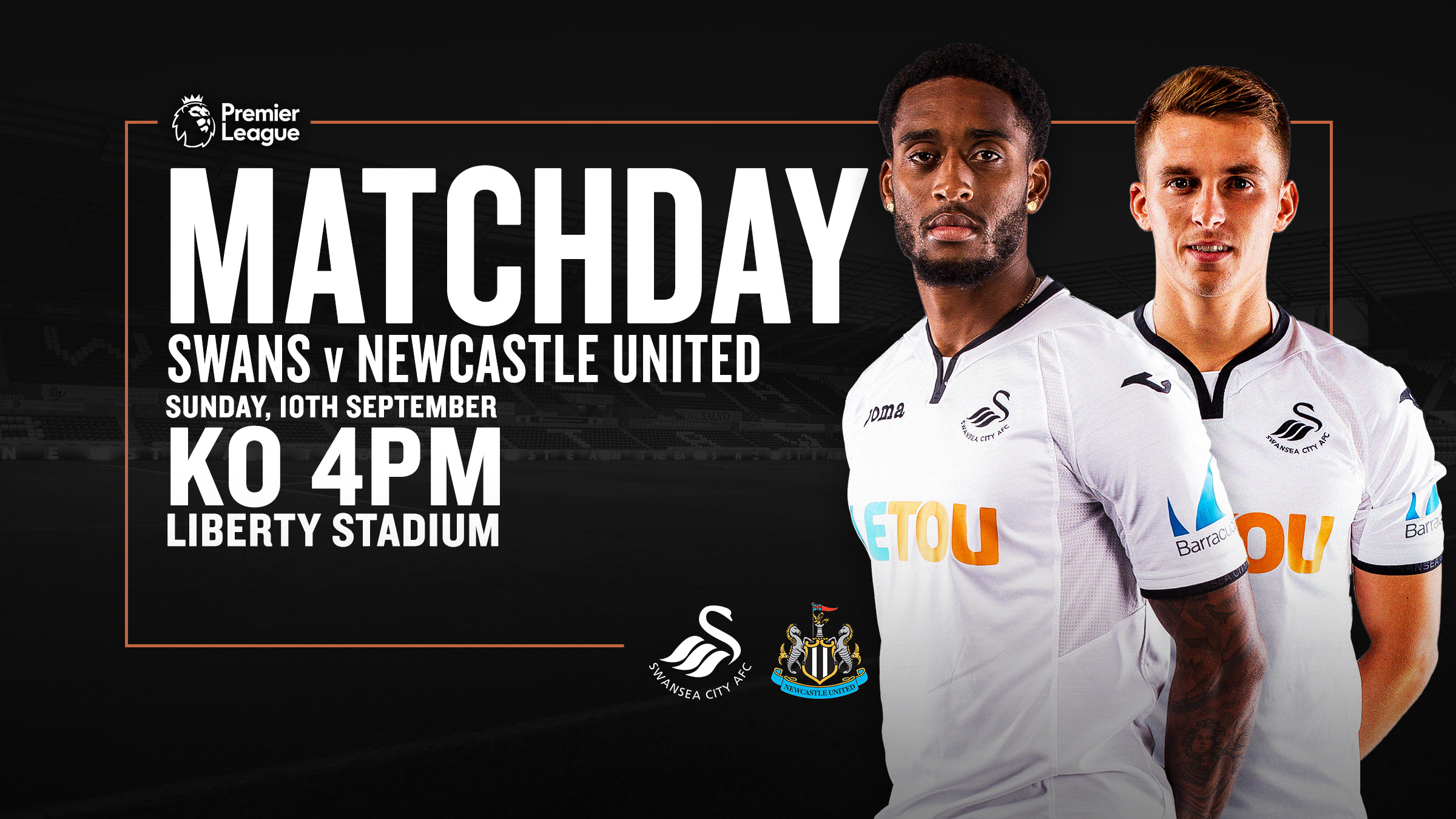 Swansea City go in search of their first home win of the new season when they take on Newcastle United this afternoon.

The Swans have only played once at the Liberty Stadium so far in 2017-18, when they ended up losing heavily to Manchester United despite running the Red Devils close for much of the contest.

Paul Clement’s side were only trailing 1-0 with 10 minutes left of that game, but ended up going down 4-0 as the hosts threw men forward and were undone on the counter-attack.

Nevertheless, the Swans head into the Newcastle game in upbeat mood having made a positive start to the new season.

Clement’s men banked their first league win of the campaign at Crystal Palace last time out, when Tammy Abraham and Jordan Ayew were on target in a 2-0 success.

That followed a 4-1 Carabao Cup success at MK Dons, while the Swans have also claimed a creditable draw at Southampton.

The Swans last faced Newcastle in April 2016, when the Magpies won 3-0 at St James’ Park.

Yet overall, they have a fine record against the Magpies in the Premier League era.

There have been 10 meetings of these two clubs, with the Swans claiming six wins compared to Newcastle’s two.

But the men from Tyneside head to Wales with optimism after banking their first win of the season against West Ham a fortnight ago.

The Swans are boosted by the news that Jordan Ayew is available despite the fact he was pictured in hospital while on international duty with Ghana in the week.

Ki Sung-Yueng and Nathan Dyer remain out – although both are making good progress – along with central defender Kyle Bartley.

But Clement’s options have been boosted by the signings of Renato Sanches and Wilfried Bony.

They are both set to feature alongside fellow new boy Sam Clucas.

Former Swan Jonjo Shelvey is available for Newcastle after serving a three-match ban, but Aleksandar Mitrovic misses out through suspension.

Welsh international Paul Dummett is injured, while Chancel Mbemba is a doubt after picking up a hamstring problem while on international duty this week.

But Florian Lejeune and DeAndre Yedlin could return to the squad after injury lay-offs.

Swans boss Paul Clement: “I am very happy with the way the squad has shaped up. Clearly, it’s disappointing when you lose some of your key players, and in Gylfi Sigurdsson, Fernando Llorente and also Jack Cork, some good players have left us. But the players we have brought in are very good as well.”

Newcastle assistant boss Francisco de Míguel Moreno: “Swansea are a good side with a good manager. It will be tough. We have to have the same commitment and passion as the last game.”

10 – Since Paul Clement took charge at the Liberty at the beginning of January, the Swans had won as many Premier League games as Manchester United (10 each) heading into this weekend.

31 – It is 31 years since the Swans lost back-to-back home league games at the start of the season. Clement’s Swans bounced back from their two home league defeats last season – against Arsenal and Spurs – with Liberty wins over Southampton and Stoke respectively.