He has built a unique collection of medals during his distinguished Leicester City career.

King has fought against the top-flight drop before – and come out smiling – during more than a decade as a Leicester player.

And when it became apparent that King may be available during this transfer window, the Swans were quick to sort out a loan deal which will run until the end of the season.

Carlos Carvalhal has been looking for players to bring something different to his squad, and the Portuguese believes King fits the bill.

The Swans have signed someone with huge experience who is respected for his professionalism.

Not only that, but the 29-year-old adds an extra string to the Swans’ attacking bow given his willingness to get forward from midfield.

King has scored a very healthy 62 goals in the 388 Leicester appearances he has racked up since making his senior debut a little over a decade ago.

He has also netted a couple of times for Wales in his 44 games at international level, three of which came during that glorious run to the semi-finals of Euro 2016.

King went into that tournament on the crest of a wave having just played a part in Leicester’s extraordinary title success.

He played in 25 top-flight games as Claudio Ranieri’s Foxes pulled off perhaps the most remarkable triumph the English game has seen.

In doing so, King became the first player in the Premier League era to win titles in the first, second and third tier.

King joined Leicester at the age of 15 after being released by Chelsea.

The East Midlands club were in the Championship when King made his first-team debut in October 2007.

Leicester were relegated that season, but King collected medal No. 1 as they bounced back at the first time of asking by winning League One.

Four years later, with Nigel Pearson at the helm, Leicester romped to the Championship title.

For a while it seemed they would go straight back down at the end of the following season, but a spectacular run towards the end of the campaign saw them secure Premier League status in style.

The following year came that most unexpected of title triumphs, when King was a team-mate of Nathan Dyer.

King got a taste of the Champions League last season, featuring against the likes of Porto and Atletico Madrid.

But he has been allowed to leave for the Liberty because he craves game-time, and the fight for midfield action at Leicester right now is fierce.

The likes of Vicente Iborra, Adrien Silva and Wilfred Ndidi have all moved ahead of King in the pecking order, yet he has still played 15 club games – plus four internationals – so far this season.

King’s most recent appearance was in the Emirates FA Cup against Fleetwood earlier this month, so he does arrive with some level of match sharpness.

As he heads for the land of his grandfather – through whom he qualifies for Wales – King will hope for many more opportunities to impress.

His record at Leicester suggests he has the ability to do just that.

We've taken a look back through our archives of the 21st century so far and put together some of the finest goals scored by players wearing the Swansea City number 10 shirt.

Swansea City's clash with Charlton Athletic at The Valley will be shown on this website this afternoon after it came out on top in our latest Full Match Vote.

Relive all the action as unbeaten Swansea City make the trip to The Valley to take on Charlton Athletic. 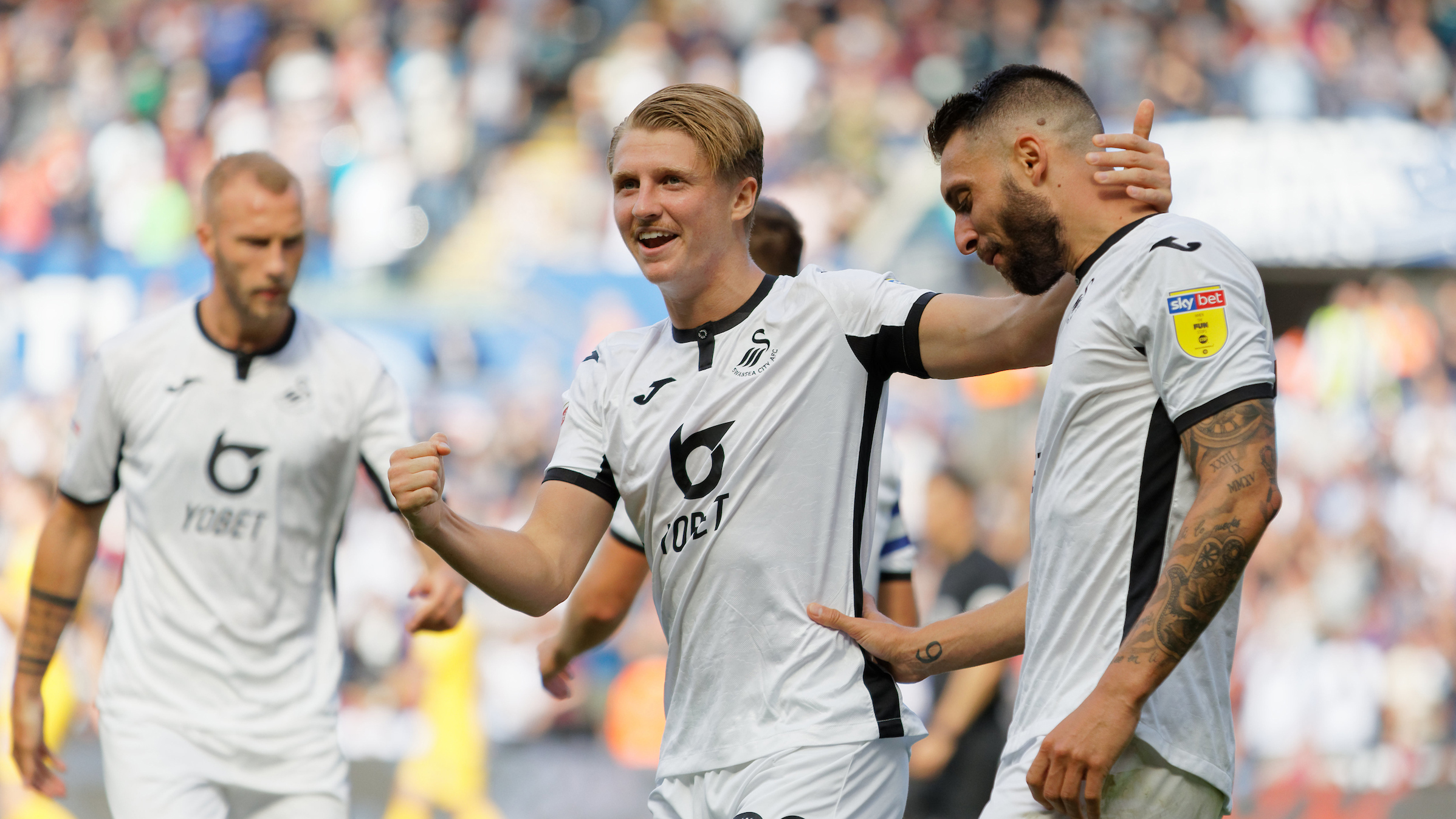 If you've been missing your fix of Swansea City football during the current enforced EFL postponement, we have something we hope can fill the gap.