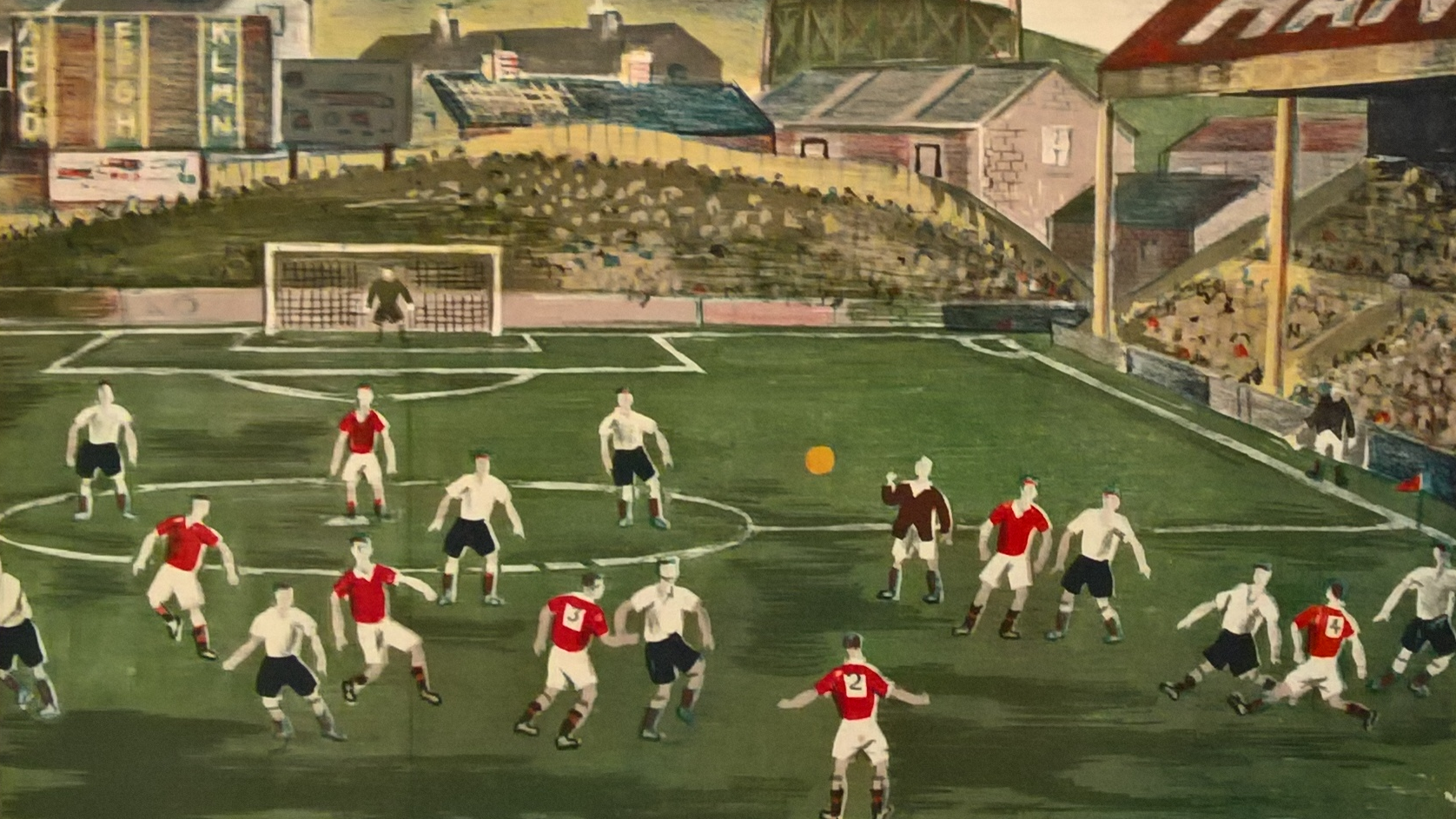 Swans fans can get their hands on a rare piece of Swansea City memorabilia, which goes on sale in Cardiff this weekend.

The piece – a lithograph by the Swansea artist Arthur Charlton, shown above – is part of ‘The Welsh Sale’ at RogersJones Auctioneers on Saturday morning.

It is the only known picture ever sketched inside the Swans’ former home while a football match was taking place.

Charlton – who passed away in 2007 – regularly attended games at The Vetch having moved to Swansea in 1952.

This particular picture – which depicts the ground before the installation of floodlights and during an era where referees still officiated in blazers – was sketched from the old double-decker West Stand.

Of course, the Swans were still known as Swansea Town at that point in their history.

Arthur’s son Tony – a lifelong Swans fan - has kindly allowed us to reproduce the image on the club website.

“Although I no longer live in Swansea, I always keep an eye out for the results and I manage to get to a few games every season and I was so proud of how the team performed against Manchester City last weekend,” says Tony, who now lives in Gloucestershire but was raised in Mount Pleasant and attended Terrace Hill School.

“My father was a senior art lecturer at what was then called the Swansea School of Art for 30 years and he was a close friend of artists Ron and Glenys Cour. In fact, it was Ron who took him to his first match at The Vetch and he greatly enjoyed watching the Swans.

“That was a great team including Cliff Jones, Terry Medwin, Ivor Allchurch and Mel Nurse and it is often said that side would have got to the First Division had it been kept together.

“I have been supporting the Swans for 59 years and I thought supporters would like to see the image, and it will not cost the earth for a supporter to buy as we are hoping it will fetch around £150.

“The lithograph stone used to create the print was lost in the 1970s, so there is no possibility of further copies becoming available. It has never previously been seen outside our family.

“It’s a unique record of a ground that will always hold a special place in the hearts of many Swansea supporters.”

Arthur had a remarkable life. Having been born in Hartlepool he served in the RAF during the Second World War – flying over 40 active missions – before being shot down off the coast of North Africa and held as a prisoner of war for three years.

During this time he began documenting his experience through a diary and sketches on whatever material was available. Many of those drawings are now part of the permanent Imperial War Museum display in London.

Following his release by the Russian army in April 1945, Arthur resumed his education at the Royal College of Art before pursuing his career as an artist and senior lecturer.

He retired in 1982 before moving from Swansea to Gloucestershire in 2003.

“I am tremendously proud of my father. It’s quite a tale for someone to lose three years of their life, not knowing their future, but emerge from it with his spirit and appetite for life intact," adds Tony.

“I know he greatly enjoyed going to The Vetch, as did I when he would take me to games as a young boy, and I hope Swans supporters will be interested in his story and that of this particular picture."