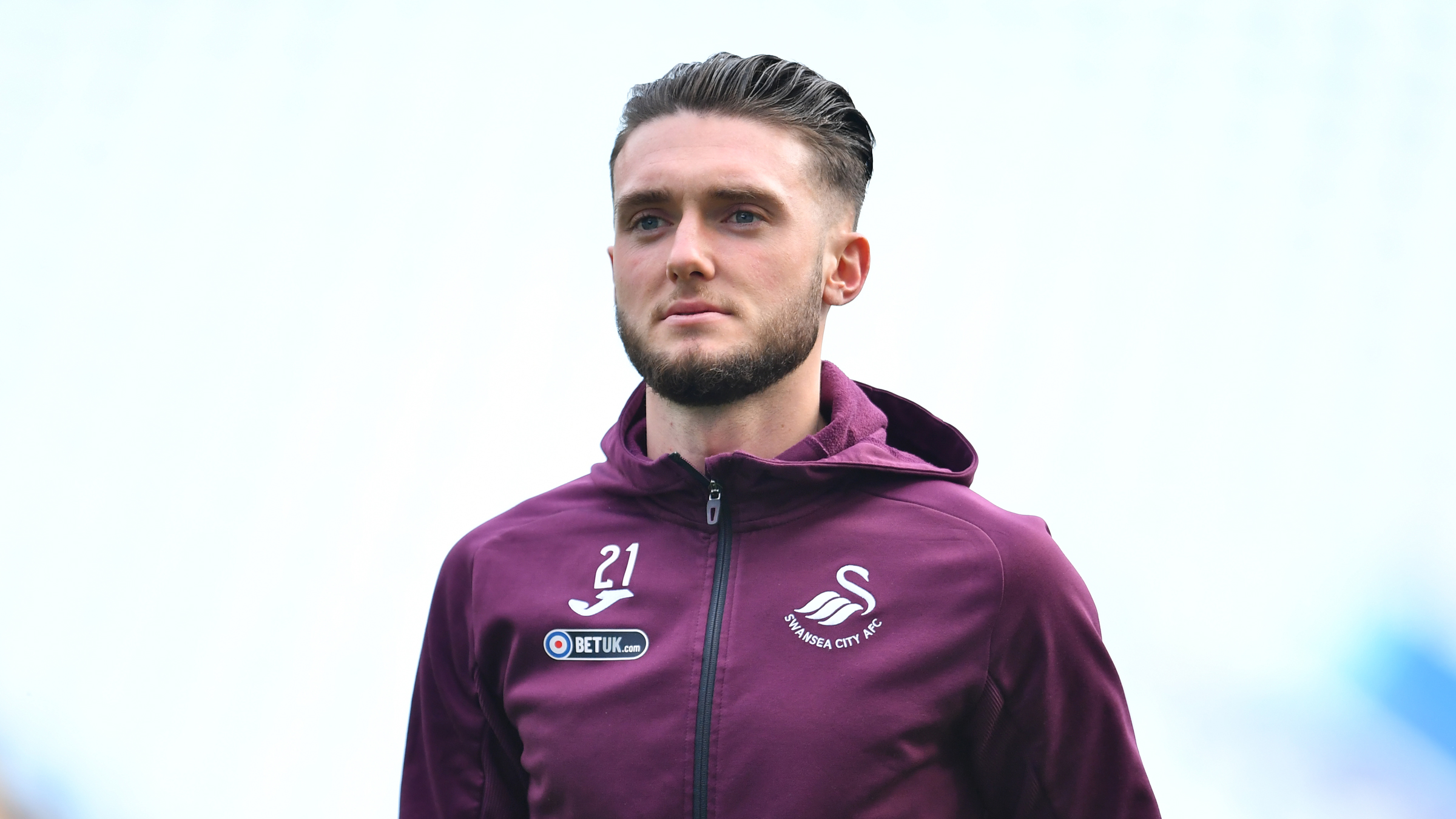 'The real start of my Swans career'

Matt Grimes admits he’s loving his football again at Swansea City after experiencing the toughest times of his career.

The former England Under-21 midfielder will remain at the Swans until 2022 after he penned a new contract at the club.

The 23-year-old is enjoying his finest spell since arriving at the Swans from Exeter City in 2015, with Grimes featuring 16 times already under Graham Potter.

His run in the team has been a massive shot in the arm for Grimes, who had made just seven Swans appearances in three-and-a-half years prior to this season.

After finding game-time at the Liberty hard to come by, he spent time on loan with Blackburn Rovers, Leeds United and then Northampton Town.

Now he finds himself a firm part of Potter’s plans, and Grimes is thoroughly enjoying pulling on the Swans shirt again.

“Feeling settled at a club is a massive thing and that’s what I have here now,” said Grimes.

“I didn’t know where my future was heading when I came back this summer but, as soon as the manager gave me an opportunity, I knew this is where I wanted to be playing my football. I’m very thankful for the opportunity.

“It was a tough few years for me but I’ve had a run in the team and an opportunity from the manager, so I’m hoping to repay him for that.

“I am absolutely loving my football and the way Swansea play football, and now I’ve signed a new contract I couldn’t be happier.

“I look at it as the real start of my Swansea career.”