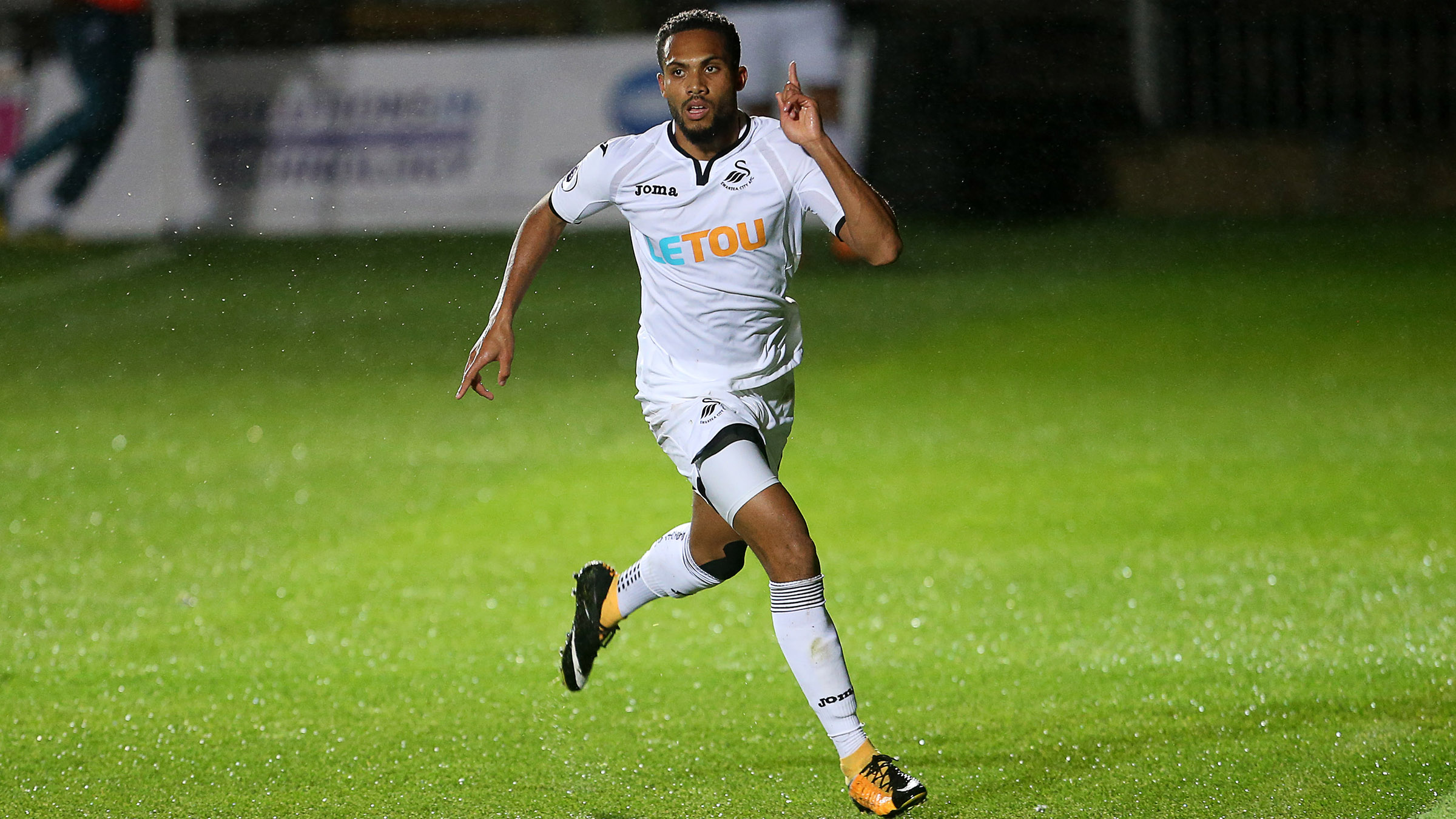 Kenji Gorre scored the only goal of the game as Swansea City beat Burnley 1-0 to advance to the knockout stages of the Premier League Cup.

The winger was on target eight minutes before half-time at Tameside Stadium with his 11th goal of the season.

His strike proved to be enough as the young Swans secured second place in Group D and, with it, their passage into the last 16 of the competition.

Gorre was one of six changes made to the team that began the 2-2 draw against Tottenham Hotspur in Premier League 2 last time out.

Another saw a first start for under-18s centre-half Ben Cabango, who partnered skipper Cian Harries in the heart of defence, while Steven Benda, Mael Davies, Marco Dulca and Botti Biabi also returned to the starting line-up.

The Swans created the better opportunities early on and it took a last-ditch interception to prevent Gorre from getting his shot away in the eighth minute, while Jordon Garrick swept Aaron Lewis’ corner against the post soon after.

At the other end Christian N'Guessan headed a good chance wide of the target midway through the half before the visitors took the lead.

They pounced after the hosts were sloppy in possession as Garrick found Gorre to drive into the area before firing into the bottom corner past Conor Mitchell.

Liam Cullen went close to doubling the lead 10 minutes after the break when he bent his shot just over the crossbar, but the Swans were forced to hold on in the final 20 minutes.

Jordan Barnett fired over when one-on-one with Benda, who then had the woodwork to thank as Ntumba Massanka’s powerful effort came back off the post.

However, the Swans maintained their composure and discipline for the victory they needed to maintain their defence of the Premier League Cup.