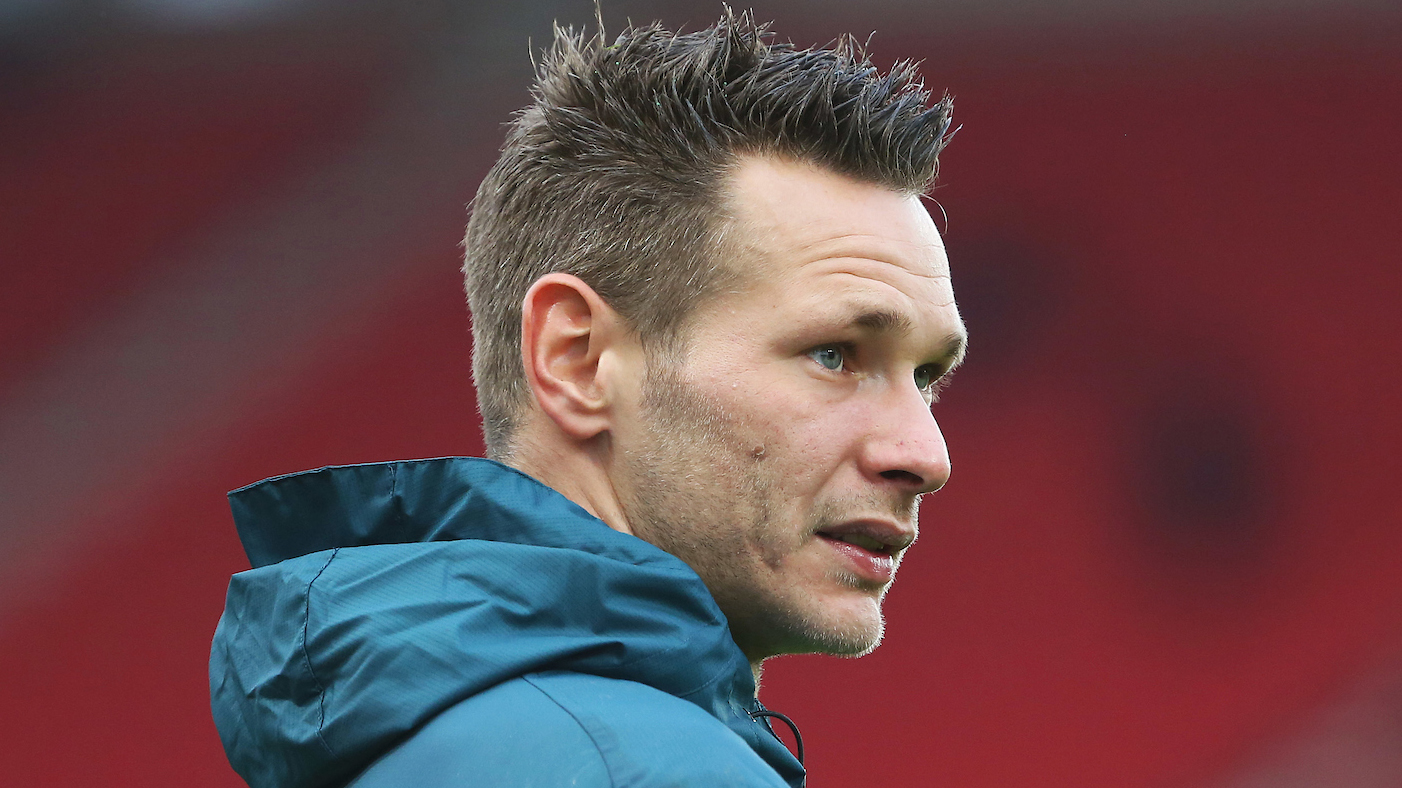 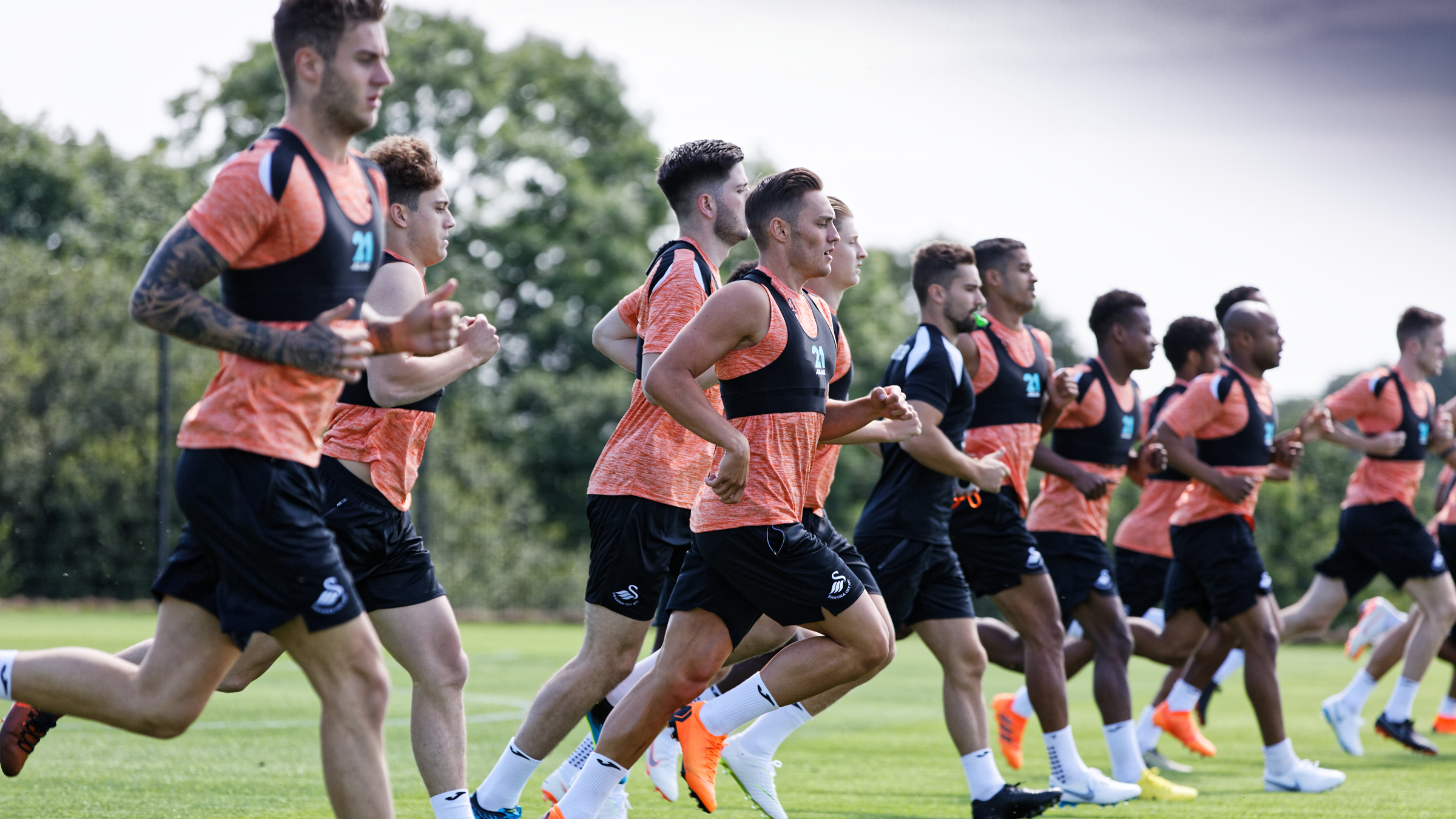 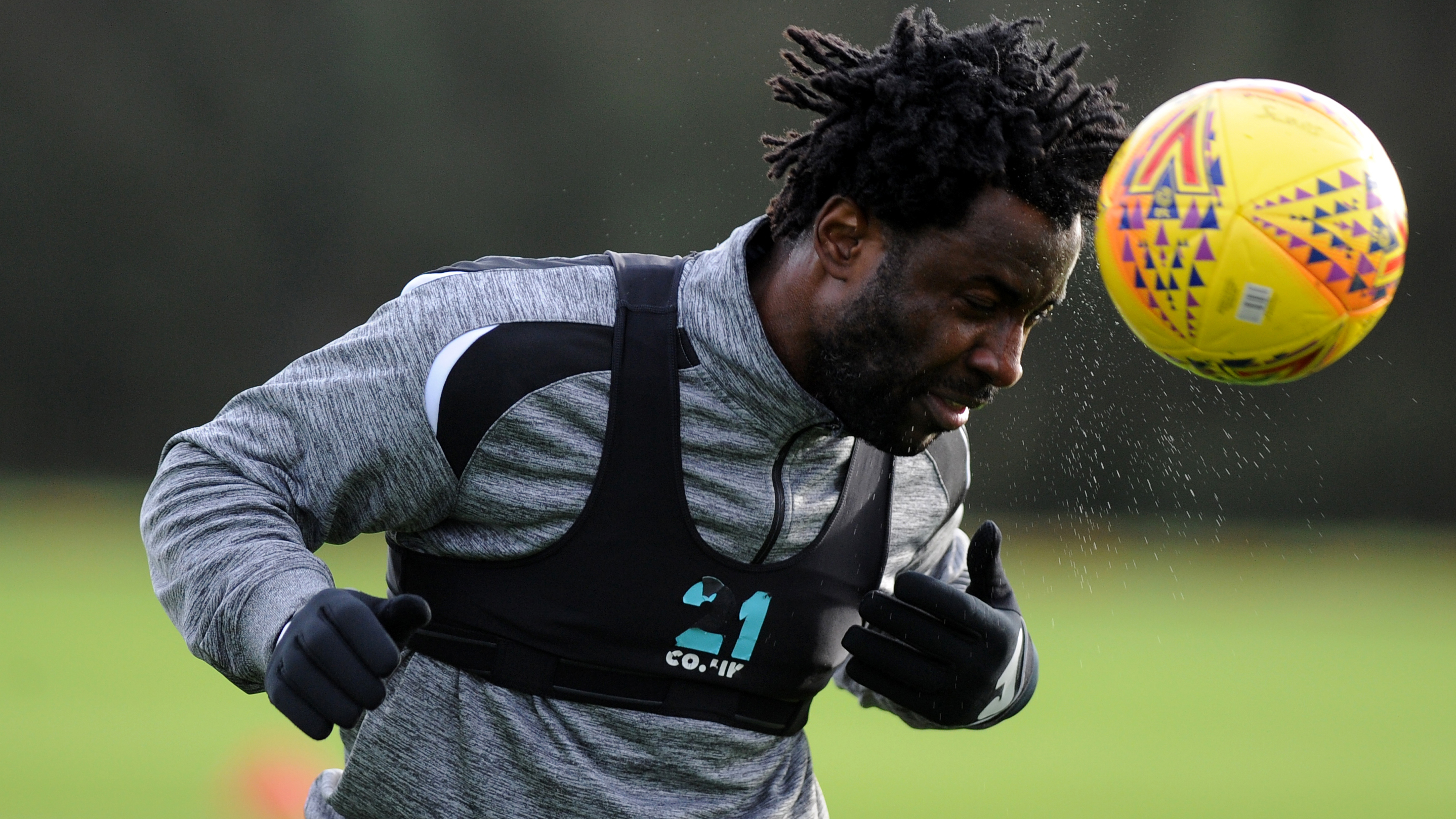 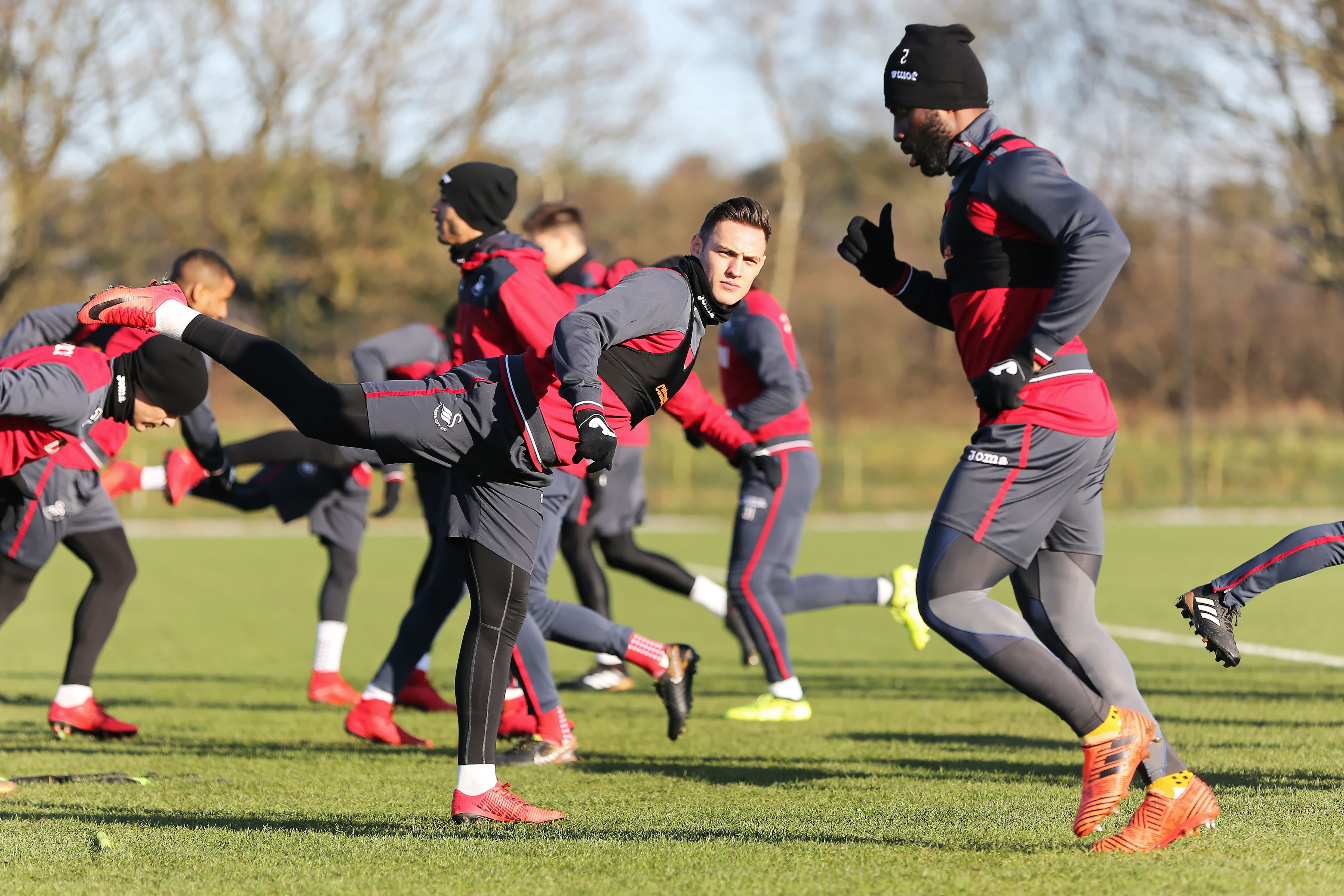 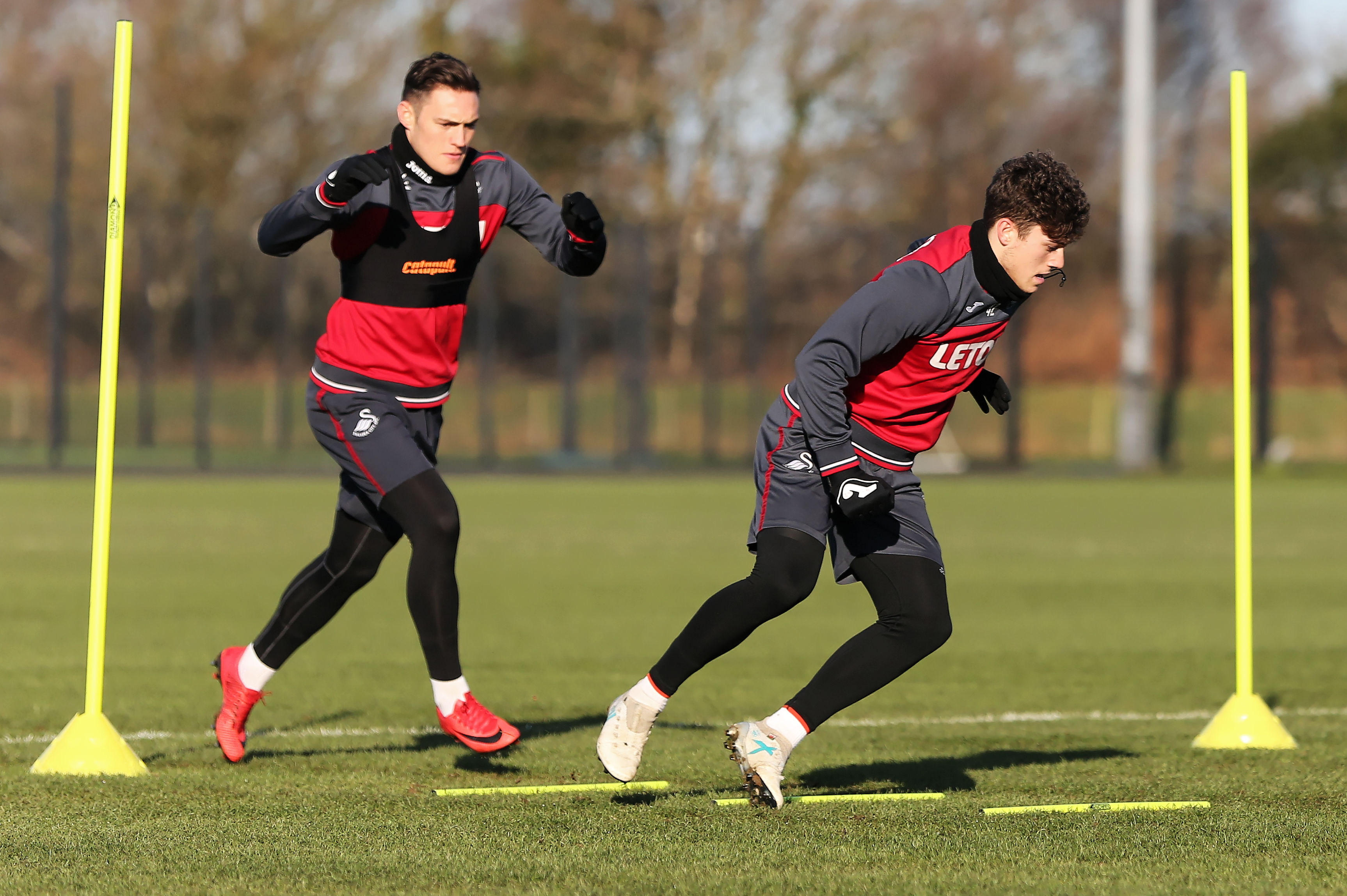 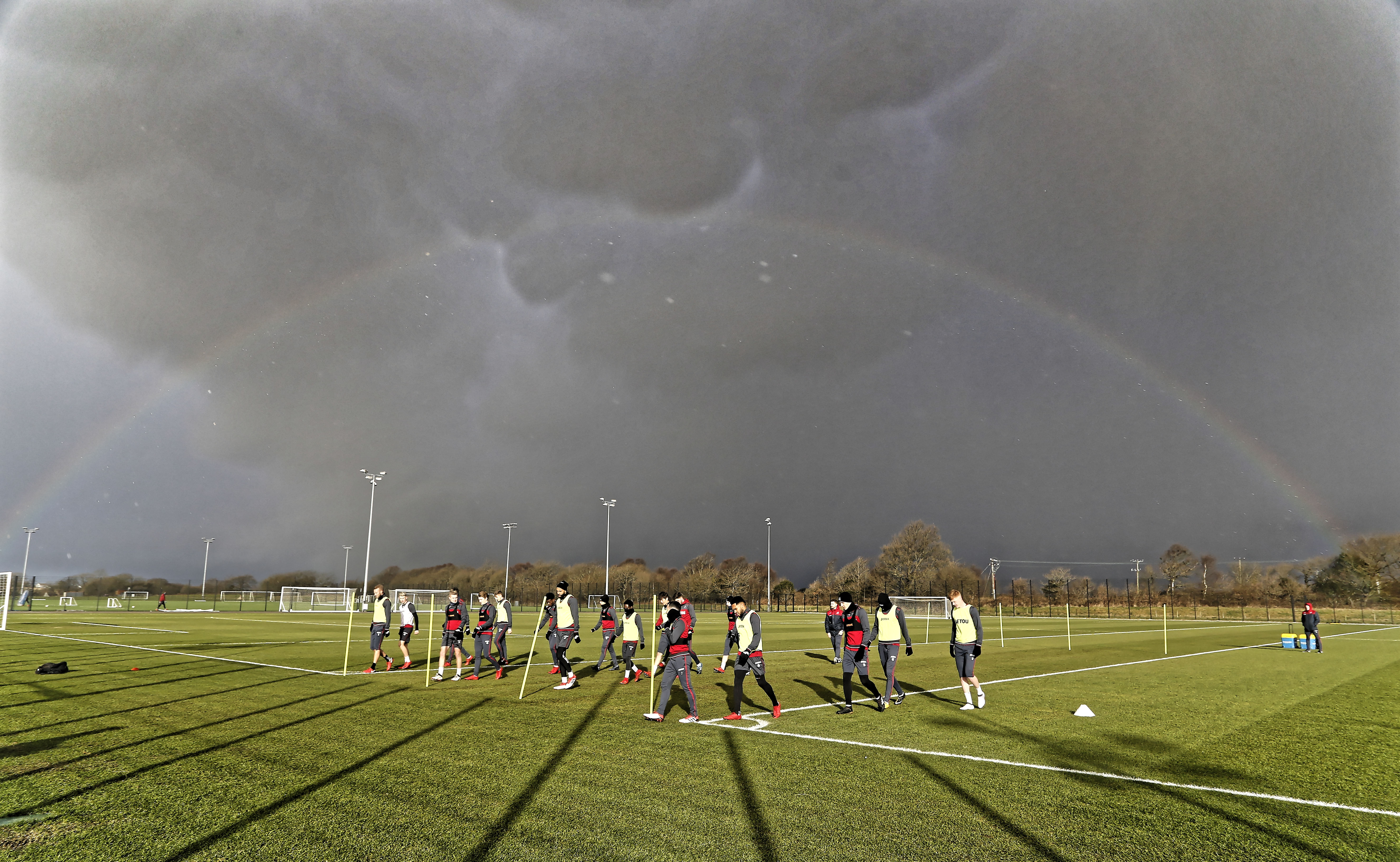 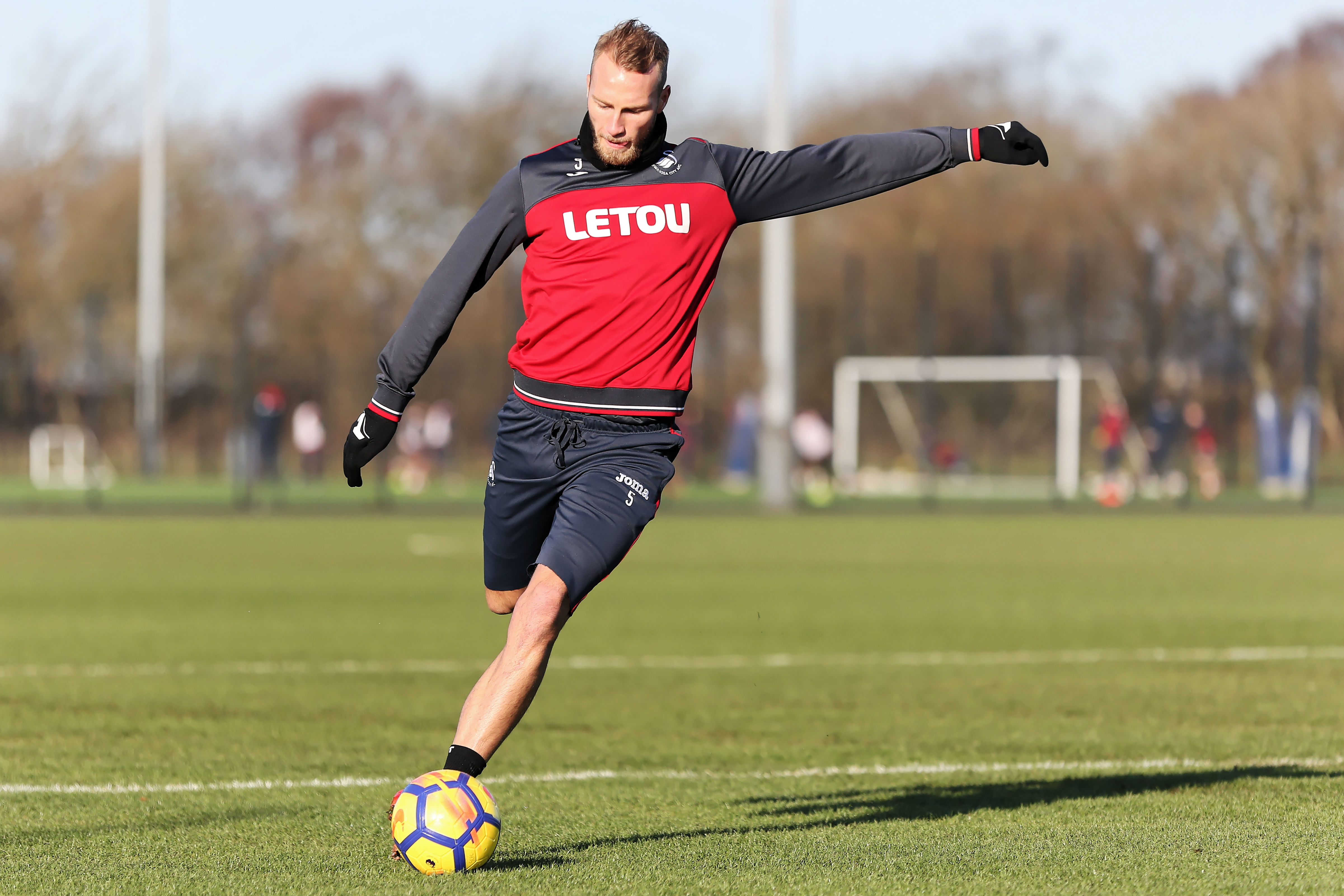 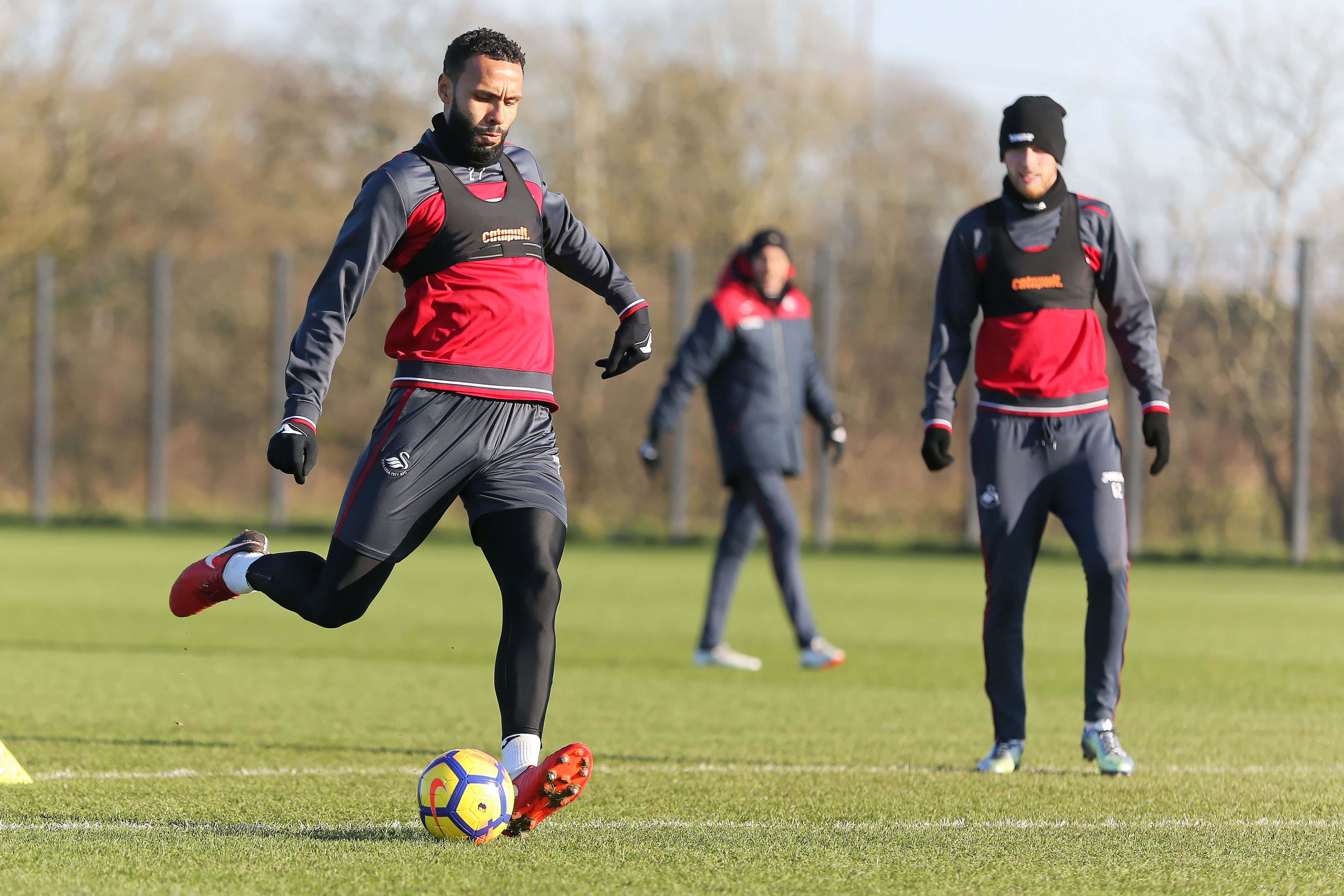 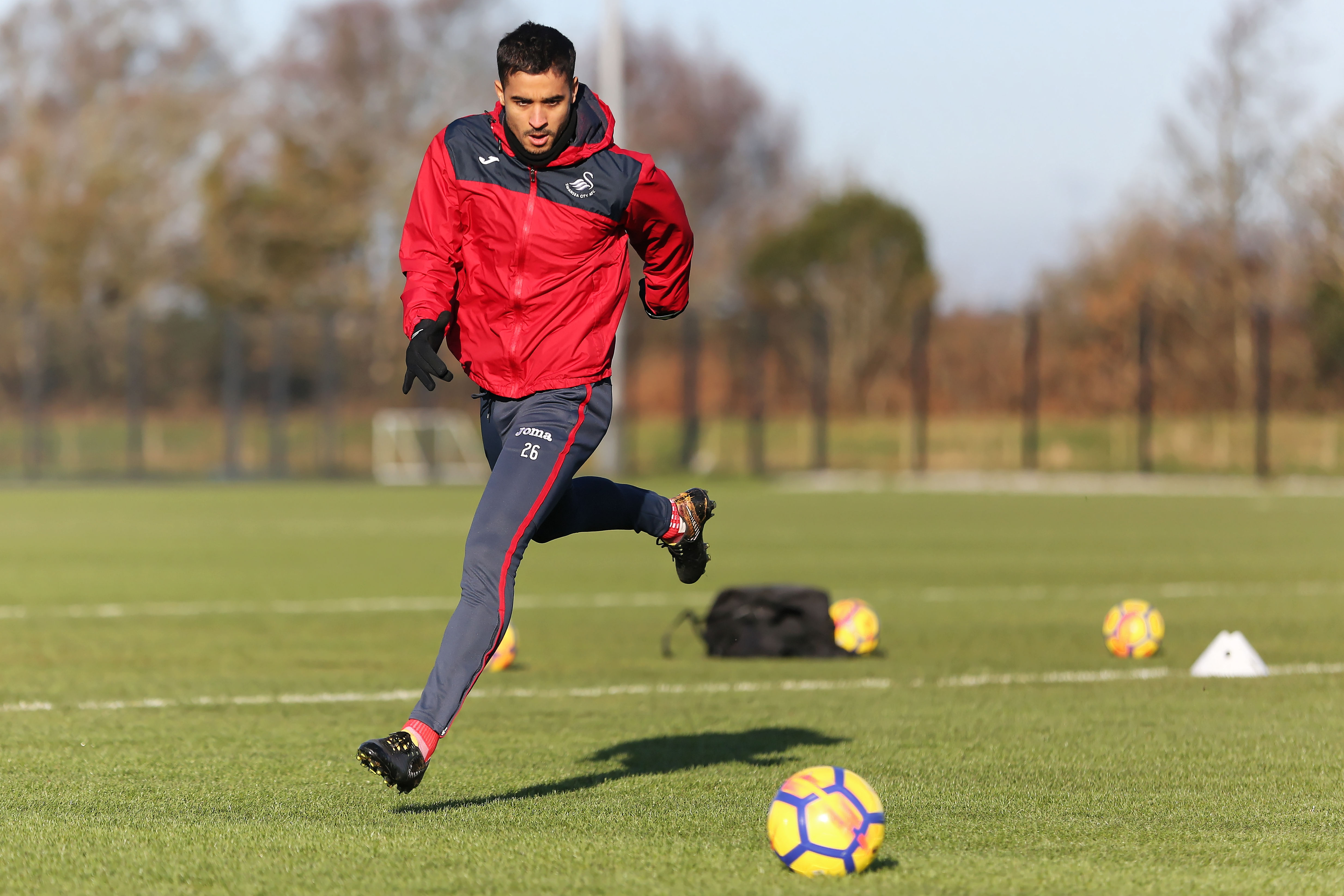 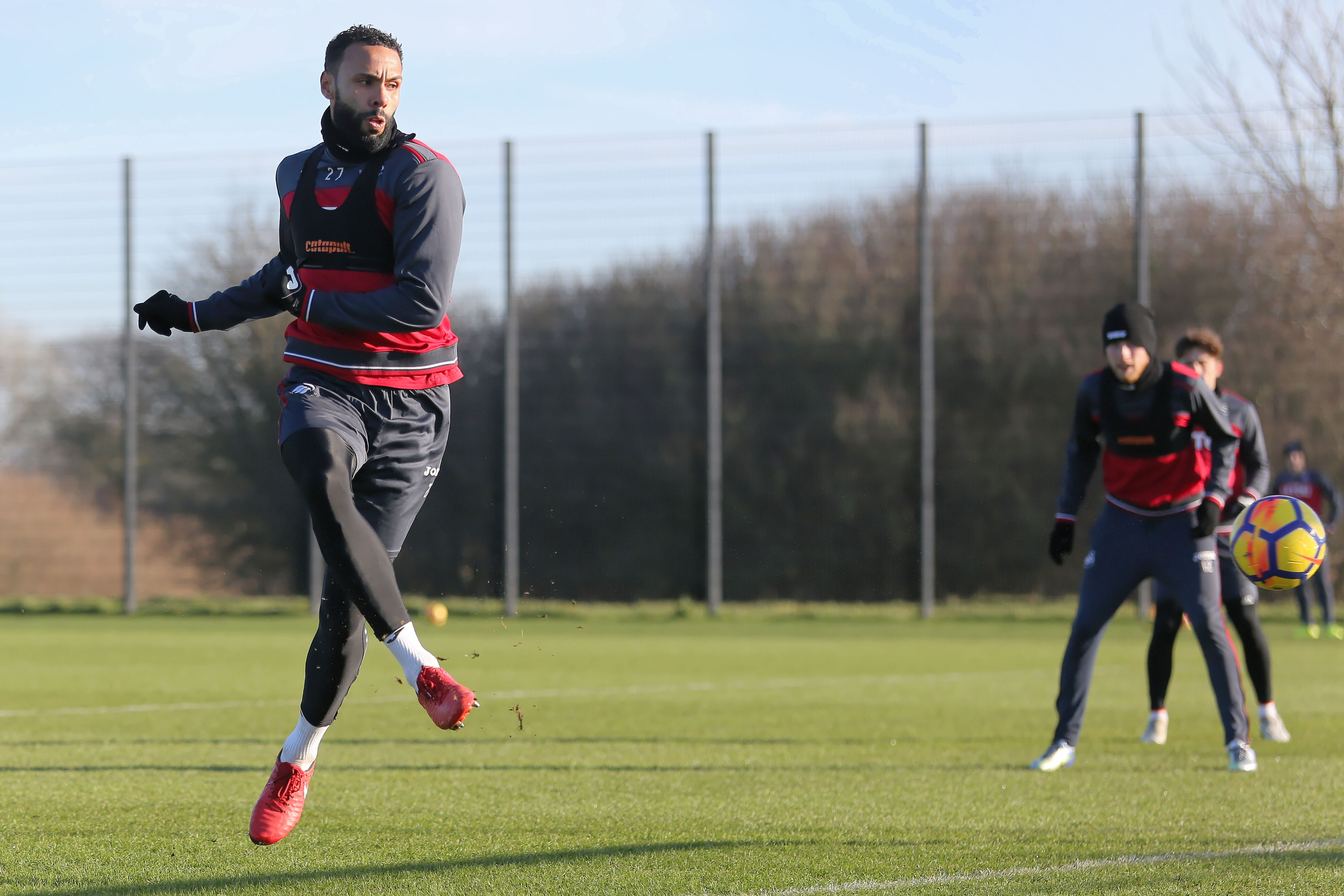 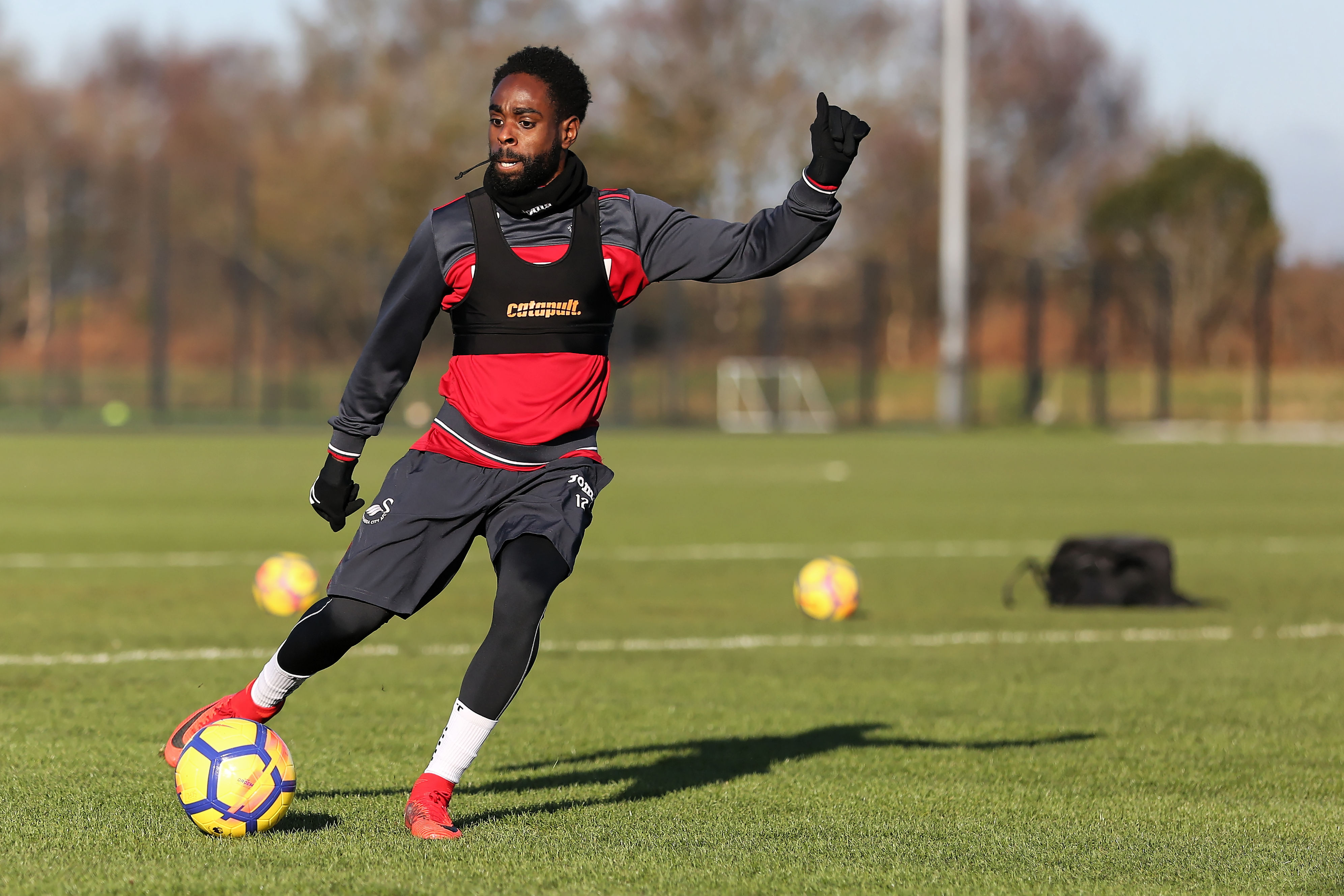 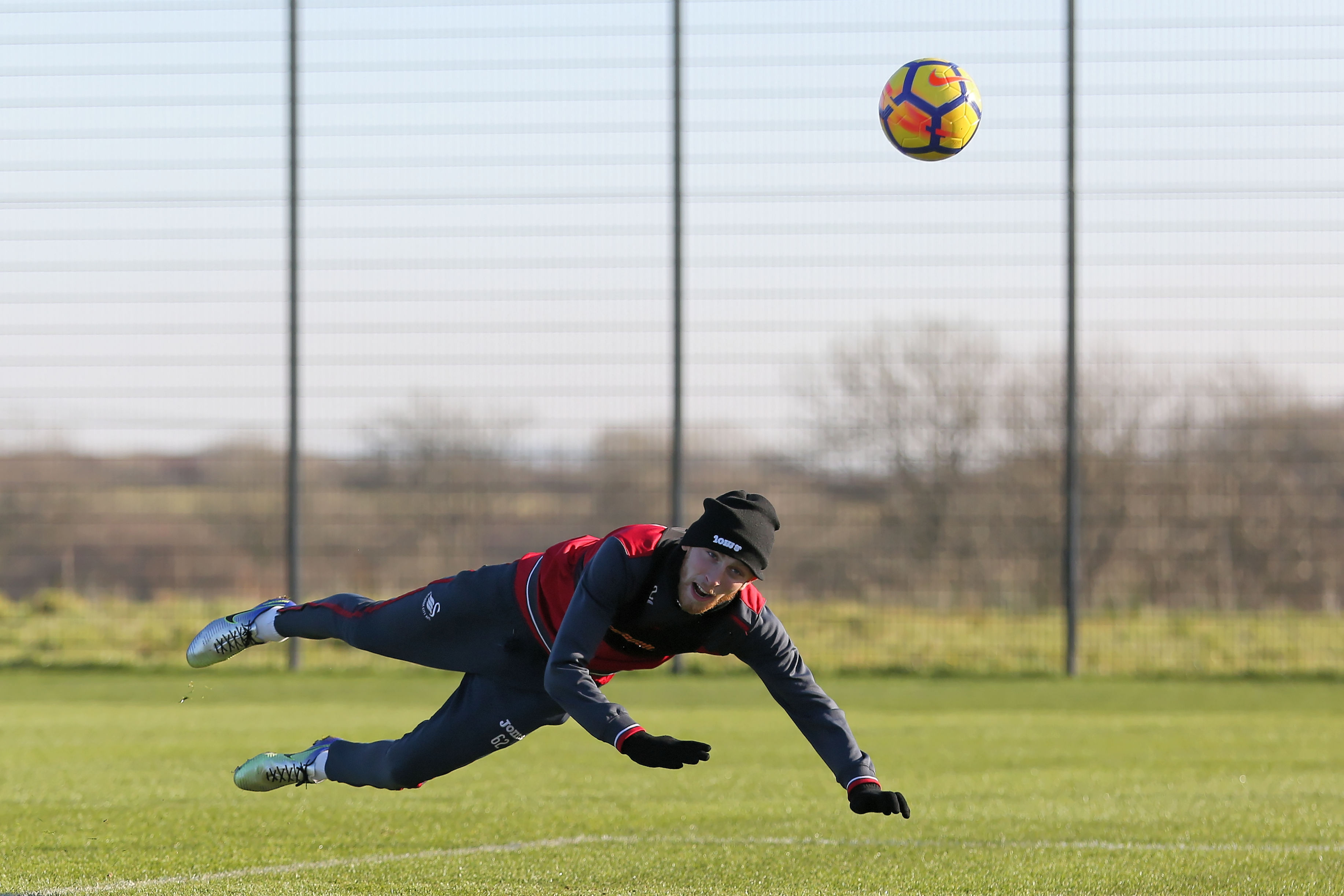 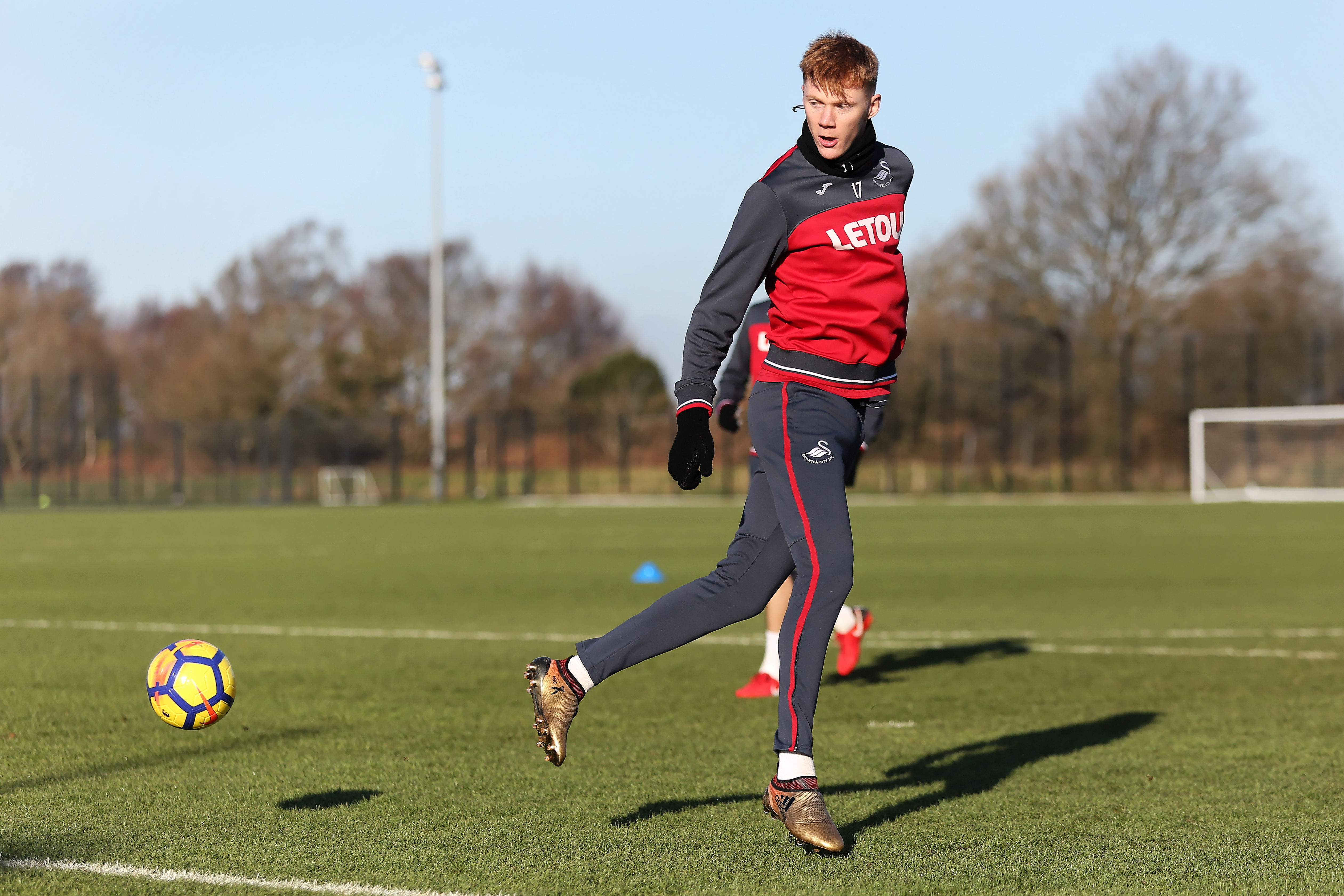 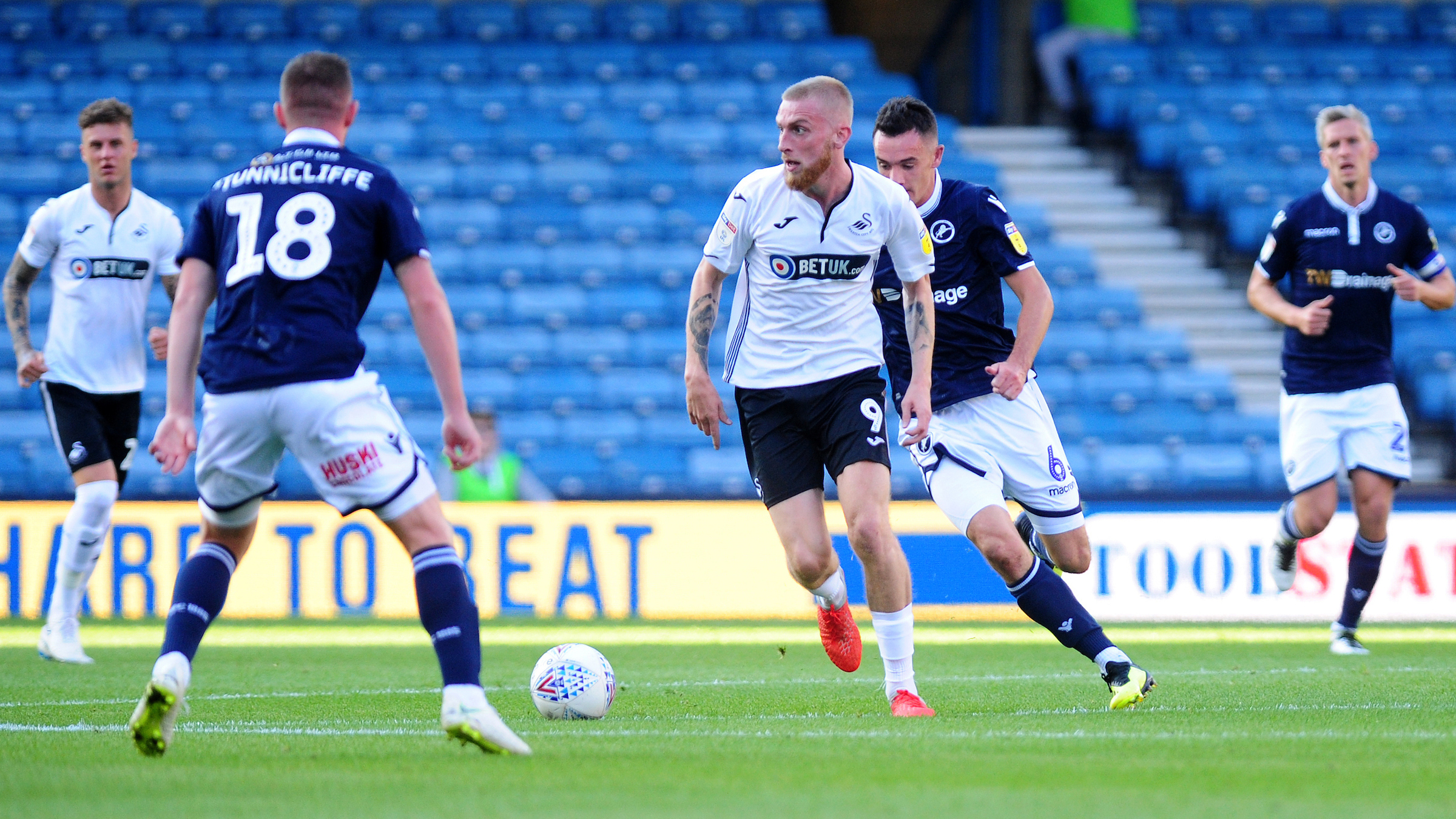 Courtney Baker-Richardson saw red just five minutes into his Football League debut after he was sent off for a challenge on James Meredith.
That left the Swans having to dig deep at The Den, with Graham Potter's side having to soak up a lot of Millwall pressure.
It took until the 62 minute for the Lions to take the lead, with Murray Wallace nodding home Jake Cooper's knockdown from a corner.
But sub Kyle Naughton looked to have earned the Swans a share of the spoils as he stunned the home crowd with a low shot in the 76th minute.
Incredibly, Oli McBurnie then popped up in the 85th minute to earn the Swans an unlikely victory.
The win moves the Swans onto 11 points from six games as the league goes into an international break.
Potter made eight changes to the side which began the midweek Carabao Cup tie against Crystal Palace.
Baker-Richardson was one of the three players who kept their place as he partnered McBurnie in attack.
Matt Grimes and Daniel James were also picked again as they line up in midfield alongside Leroy Fer and Bersant Celina.
It was all change at the back, where Connor Roberts, Mike van der Hoorn, Joe Rodon and Martin Olsson returned to the starting XI along with Erwin Mulder.
The Swans created the opening chance of the game, with Olsson finding James, but he miscued his shot.
Then came the red card, with Baker-Richardson left with no complaints after being dismissed by referee Graham Scott.
It could - and should - have got worse for the Swans as Jed Wallace squandered a glorious chance to put Millwall ahead but he failed to hit the target from 12 yards.
At the other end, Celina broke from a Lions corner and raced on. He found McBurnie, who then teed up James, but the winger fired wide.
After the break, the Swans created an opening as Olsson curled in a cross but van der Hoorn just failed to connect.
Millwall then took the lead via Murray Wallace, and it looked like the Swans were heading for defeat.
But up popped Naughton, who found the bottom corner after some fine work by fellow sub Jefferson Montero.
The visitors looked as though they could pinch a winner, and they got it with five minutes left.
Montero was again the architect, latching onto Celina's perfect pass, and the winger slid across a pass for McBurnie, who tapped home from four yards.

There was time for more drama. Tom Carroll almost sealed the win in stoppage time when his shot hit the post.

Then, with the last touch of the game, Millwall sub Tom Elliott saw his header hit the bar and Mulder just managed to prevent the ball from going over the line.