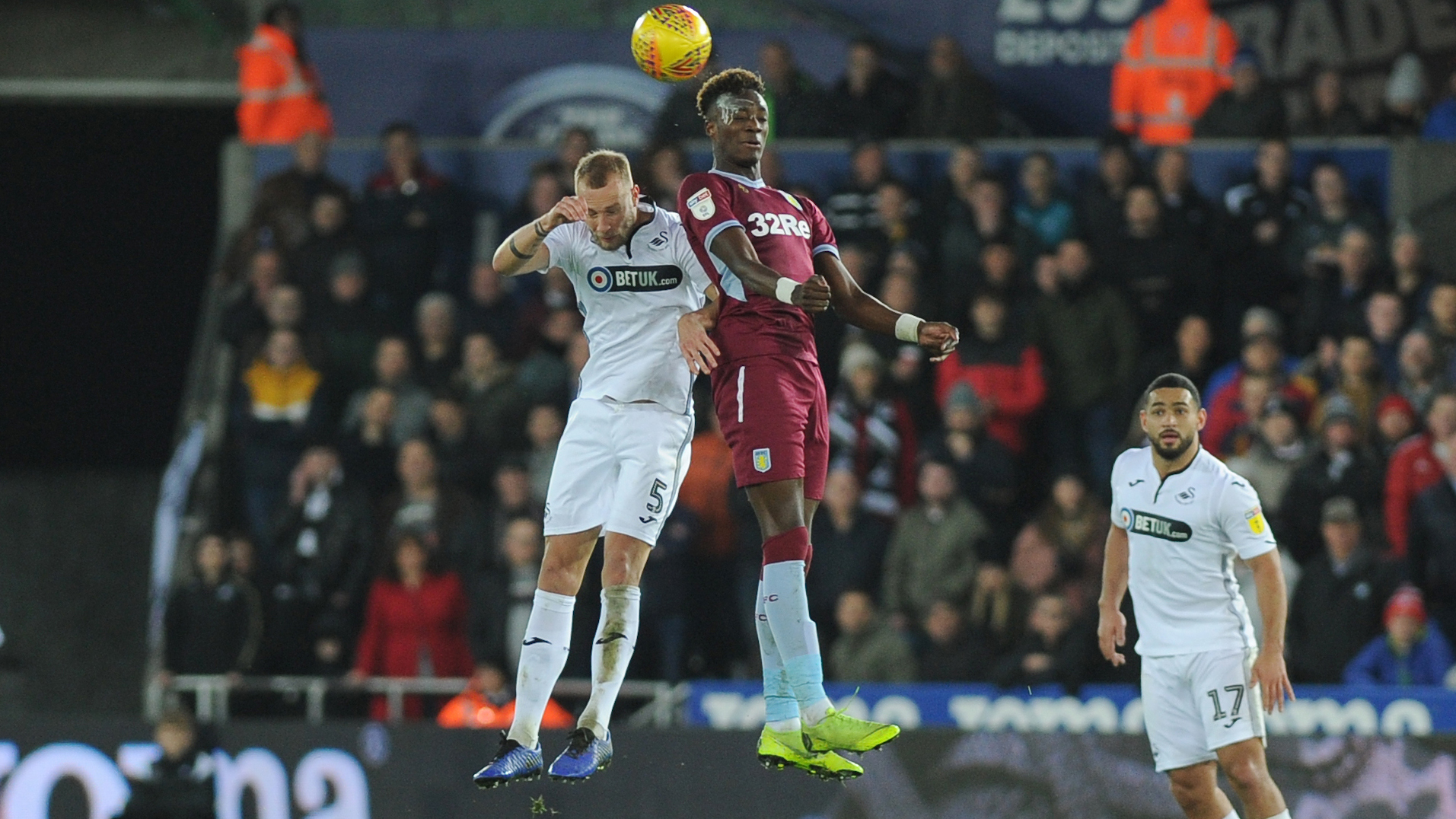 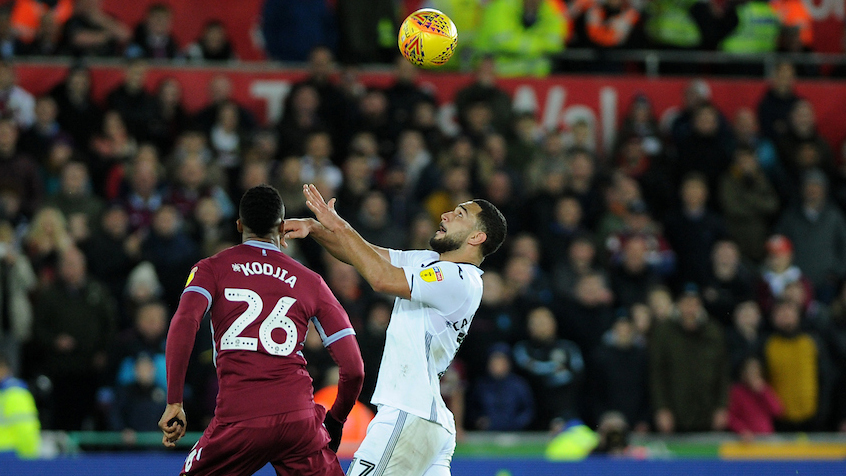 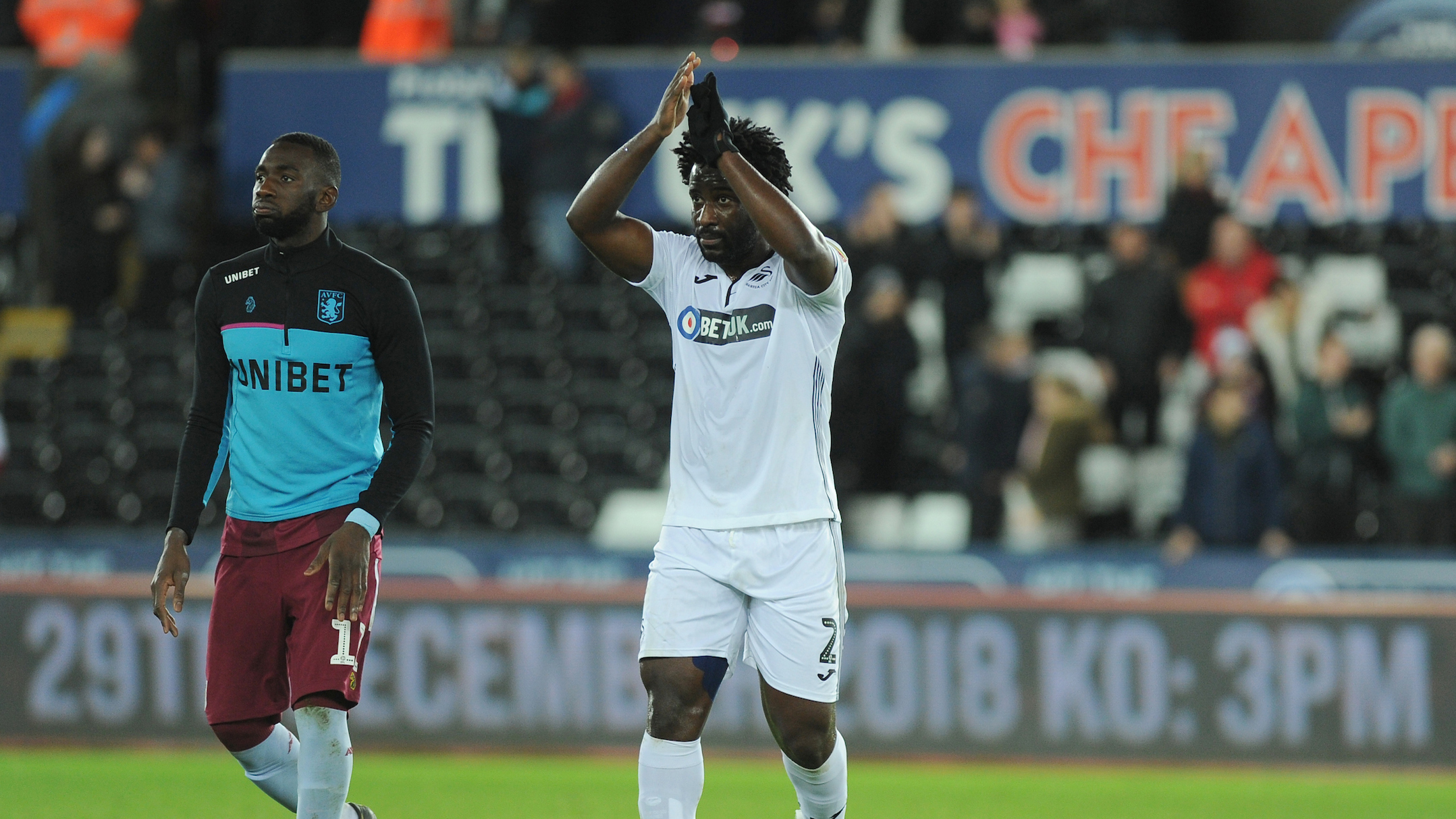 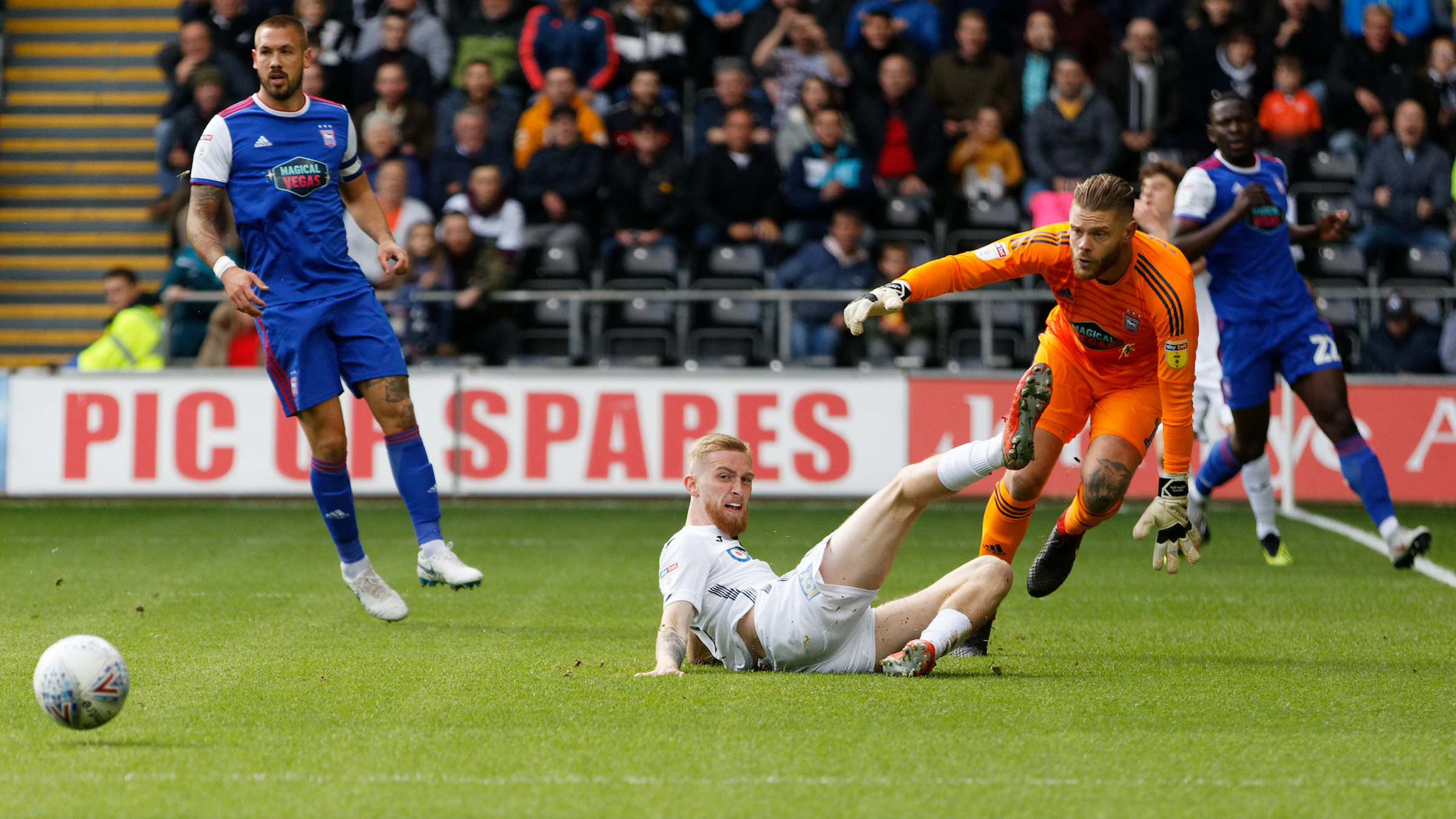 The Swans fell to a frustrating 3-2 defeat at the Liberty as Ipswich claimed their first Championship win of the season at the 12th attempt.

Graham Potter's side made a bright start and had led courtesy of Janoi Donacien's own goal after eight minutes.
The hosts looked good value for their lead, but Ipswich struck twice in four minutes to take a shock lead.

And it was former Swans youngster Gwion Edwards who was at the heart of both goals. First, he headed home Freddie Sears' cross after 27 minutes before his cross was deflected in by Mike van der Hoorn.

The Swans pushed and pushed, and they finally got an equaliser with 11 minutes left as Bersant Celina - who spent time on loan at Ipswich last season - fired in his first goal for the club.

But Ipswich had one more trick up their sleeve, with Trevoh Chalabah heading home from a corner in the 84th minute.

That left the Swans with nothing to show from a game they controlled for long spells and one in which they created a host of good chances.

The defeat means the Swans have 17 points from 12 games. Potter made two changes with recalls for George Byers and Dan James.

James, who gave Ipswich problems all afternoon, made a blistering start as his shot was beaten away by the goalkeeper after 12 seconds.

At the other end, Sears broke the offside trap but Joe Rodon's finely-timed challenge denied him.

Then the Swans took the lead via Donacien's own goal, with the defender turning in Connor Roberts' cross after more good work from James.

Mike van der Hoorn then headed wide from a Matt Grimes corner before McBurnie failed to connect with another inviting James centre.

James was at the heart of every Swans move, and his latest cross found Celina, but the Kosovan sliced wide inside the box. Then, out of the blue, Ipswich struck not once but twice.

Edwards made the most of Sears' cross during a rare foray for the visitors as the winger nodded past Kristoffer Nordfeldt.

The Swans were shocked, but worse was to follow.

Edwards raced down the right, and his cross for Sears was deflected in off the head of van der Hoorn.

The Swans looked for an instant reply and they almost got it via McBurnie, but when he turned his marker in the box he was thwarted by keeper Dean Gerken.

Just like they had done in the first half, the Swans - and James - made a quick start to the second period.
Just 29 seconds has passed when Celina's corner found Rodon, but his headed effort was deflected wide. Then, from the resulting corner, Celina skied high and wide.

The Swans went even closer when Rodon's header clattered off the crossbar, and then van der Hoorn nodded over the rebound.

They kept plugging away, though, and the frustrations rose as another glorious cross from James flashed across the face of goal but no white shirt could make contact.

And when the home side did get their equaliser through Celina, who ran from halfway before cutting onto his right foot and slotting low into the bottom corner, it looked like a winner was on the cards.

Sadly for Potter and Co, the next goal went to the visitors.

Chalobah rose highest for a corner, and Nordfeldt could only get a hand to it as the ball nestled into the corner.

The Swans made a late charge, with sub Joel Asoro firing high and wide before McBurnie's late header was deflected off target.

Ipswich held on though to inflict the Swans' third defeat of the season.