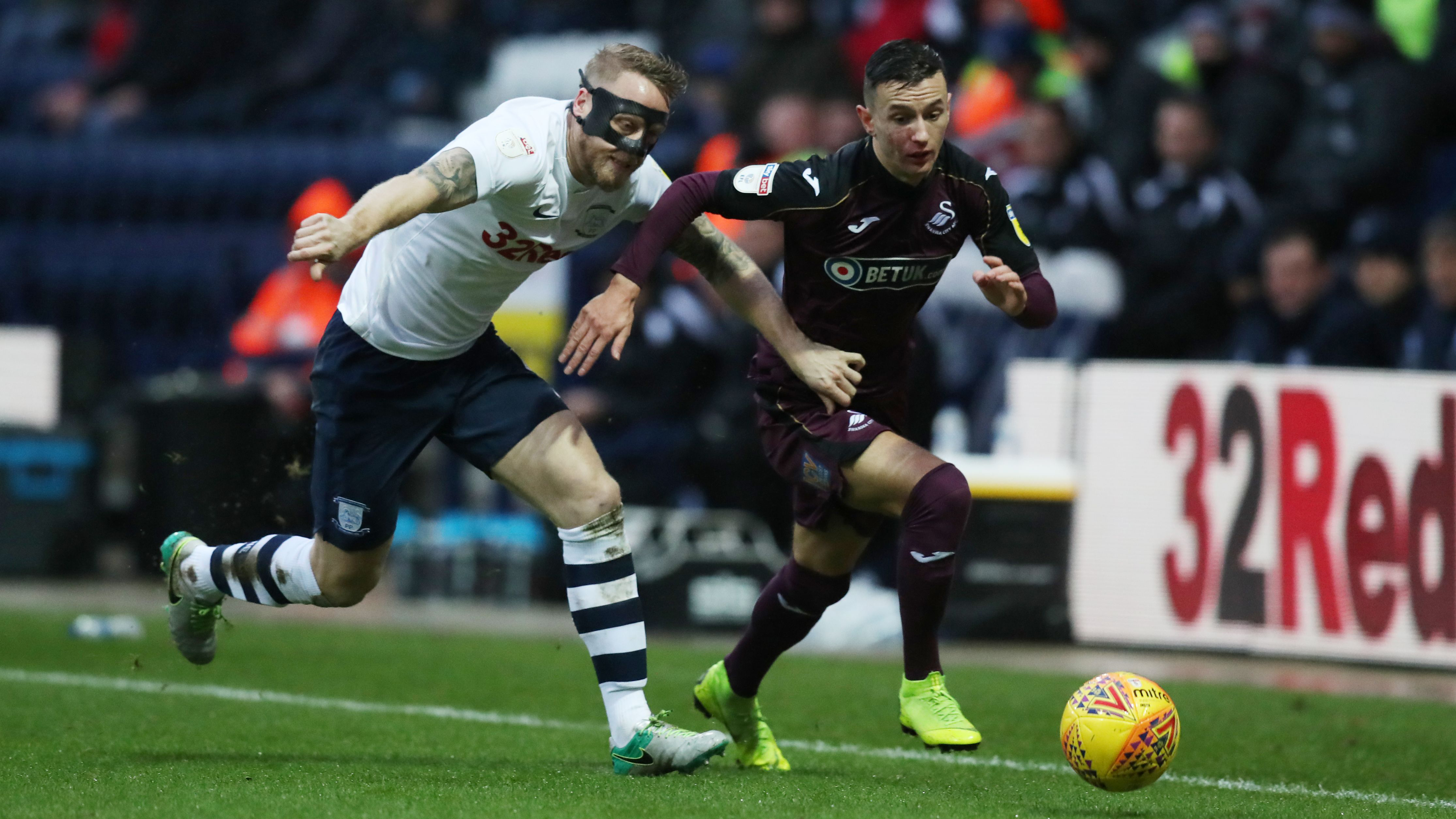 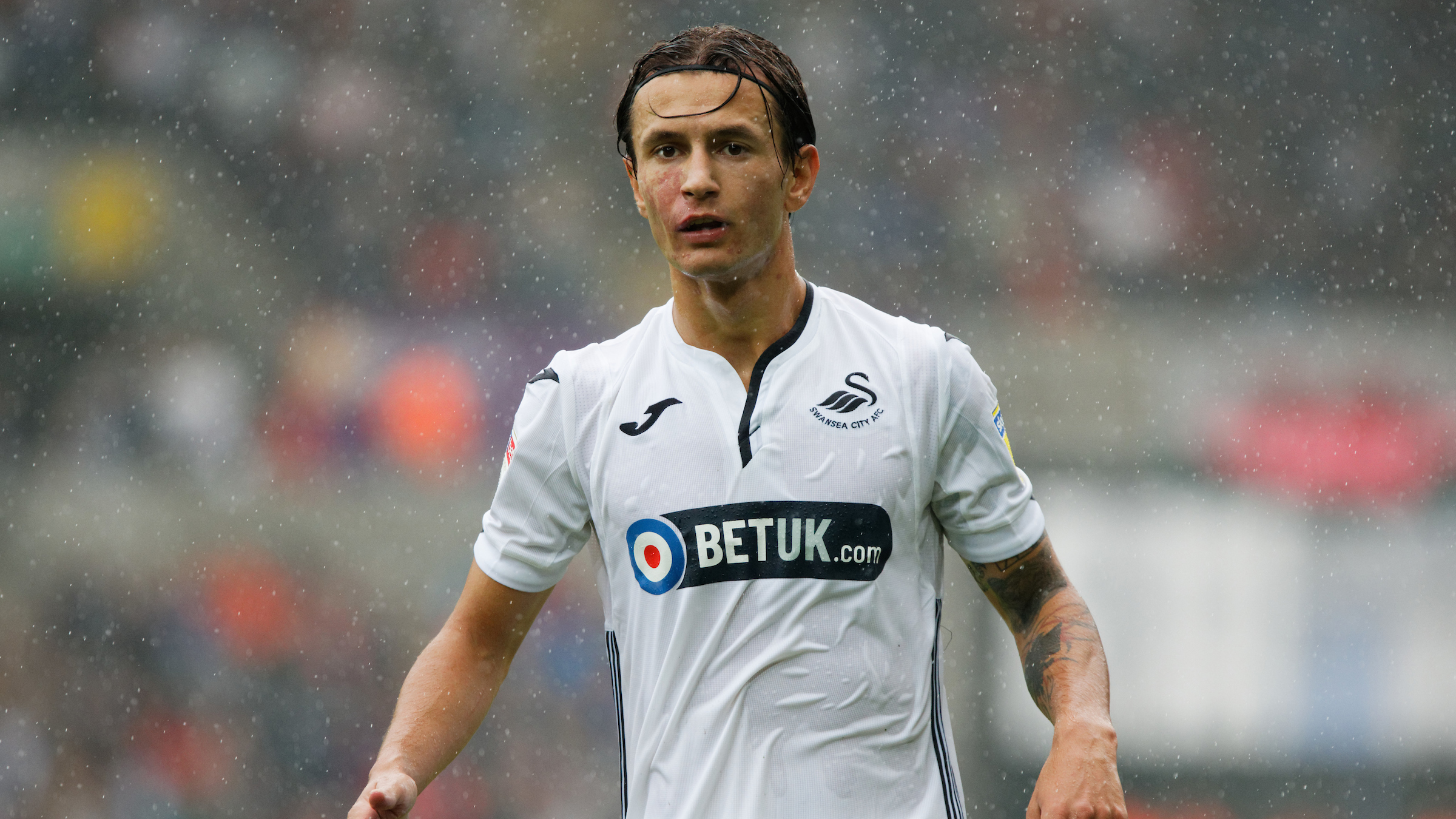 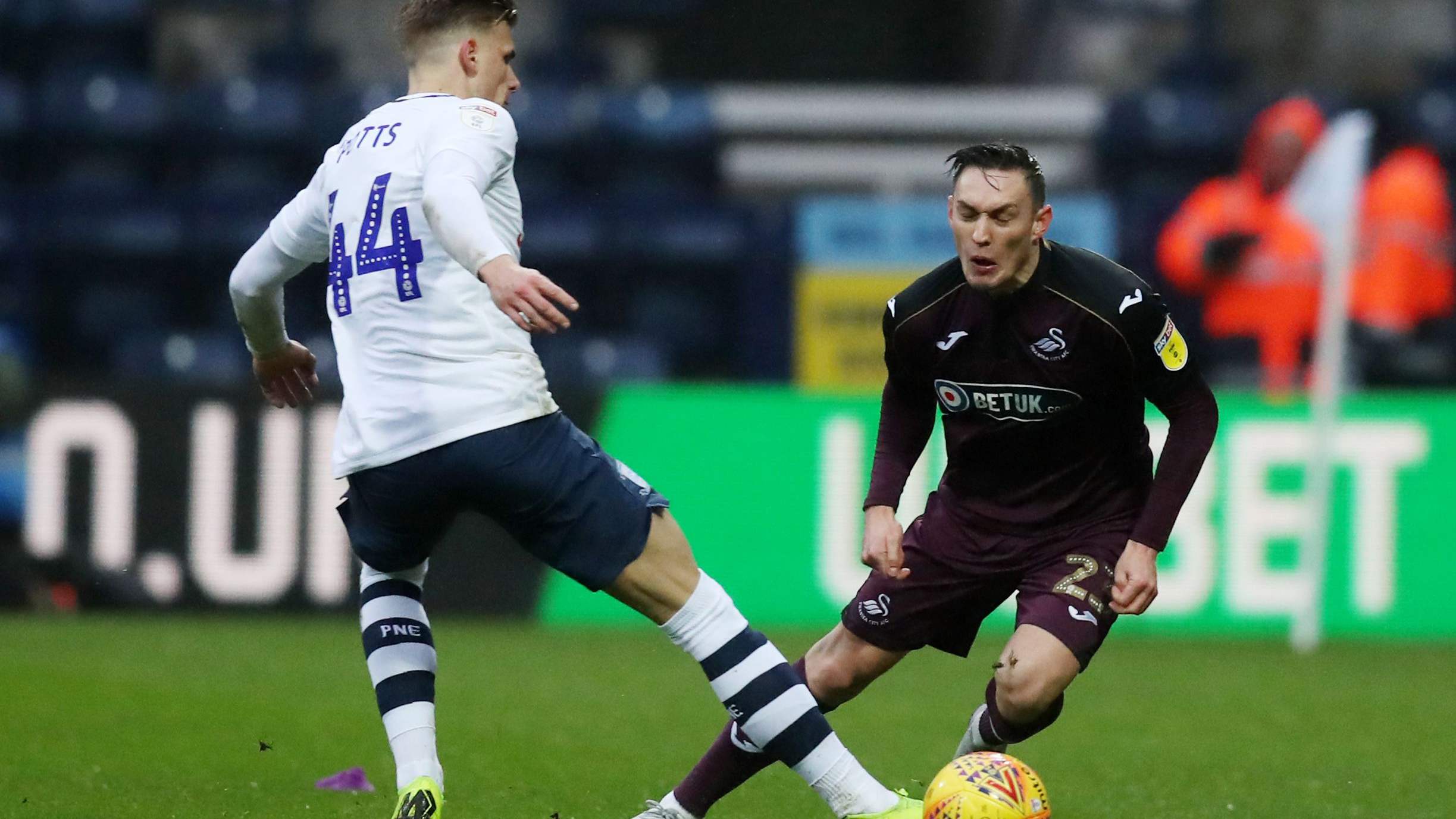 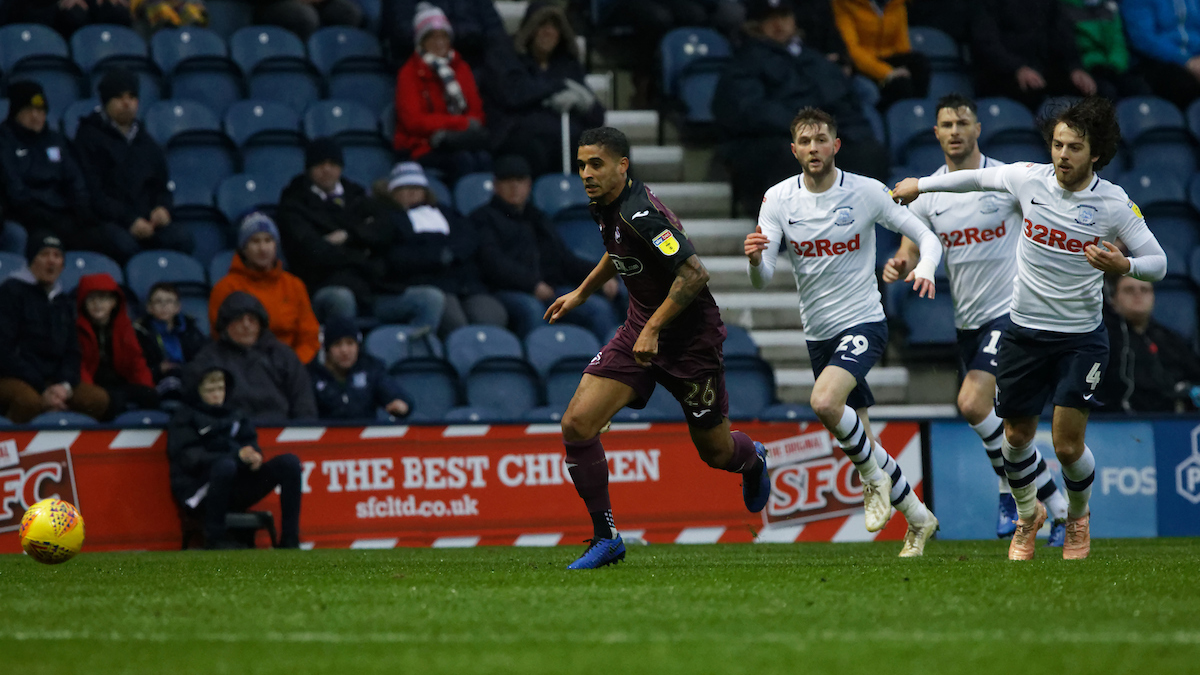 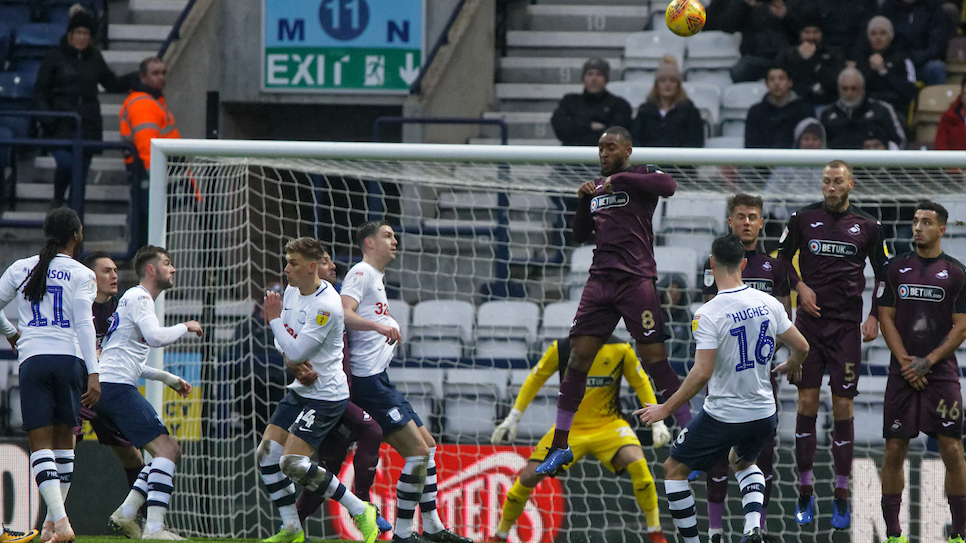 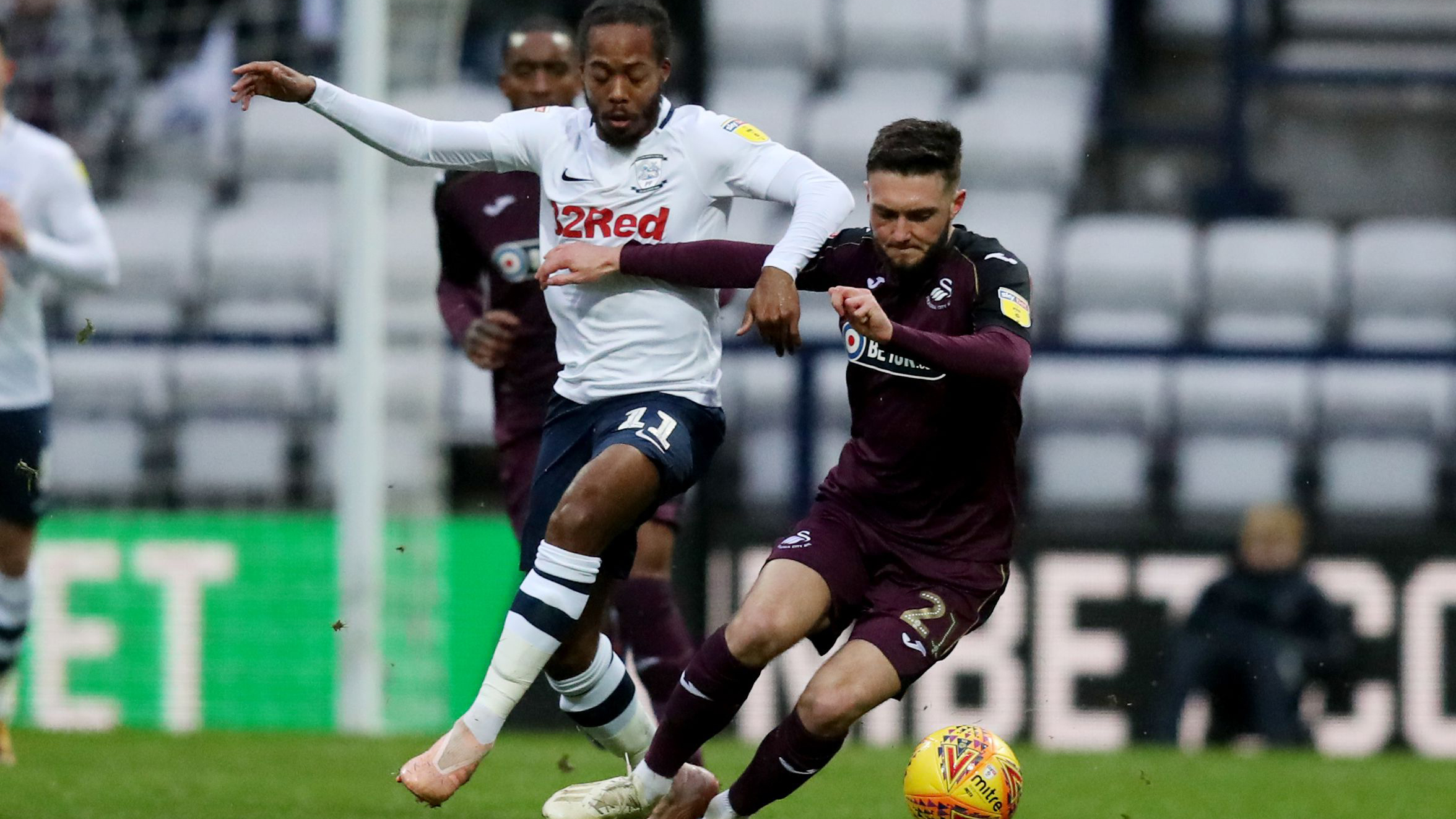 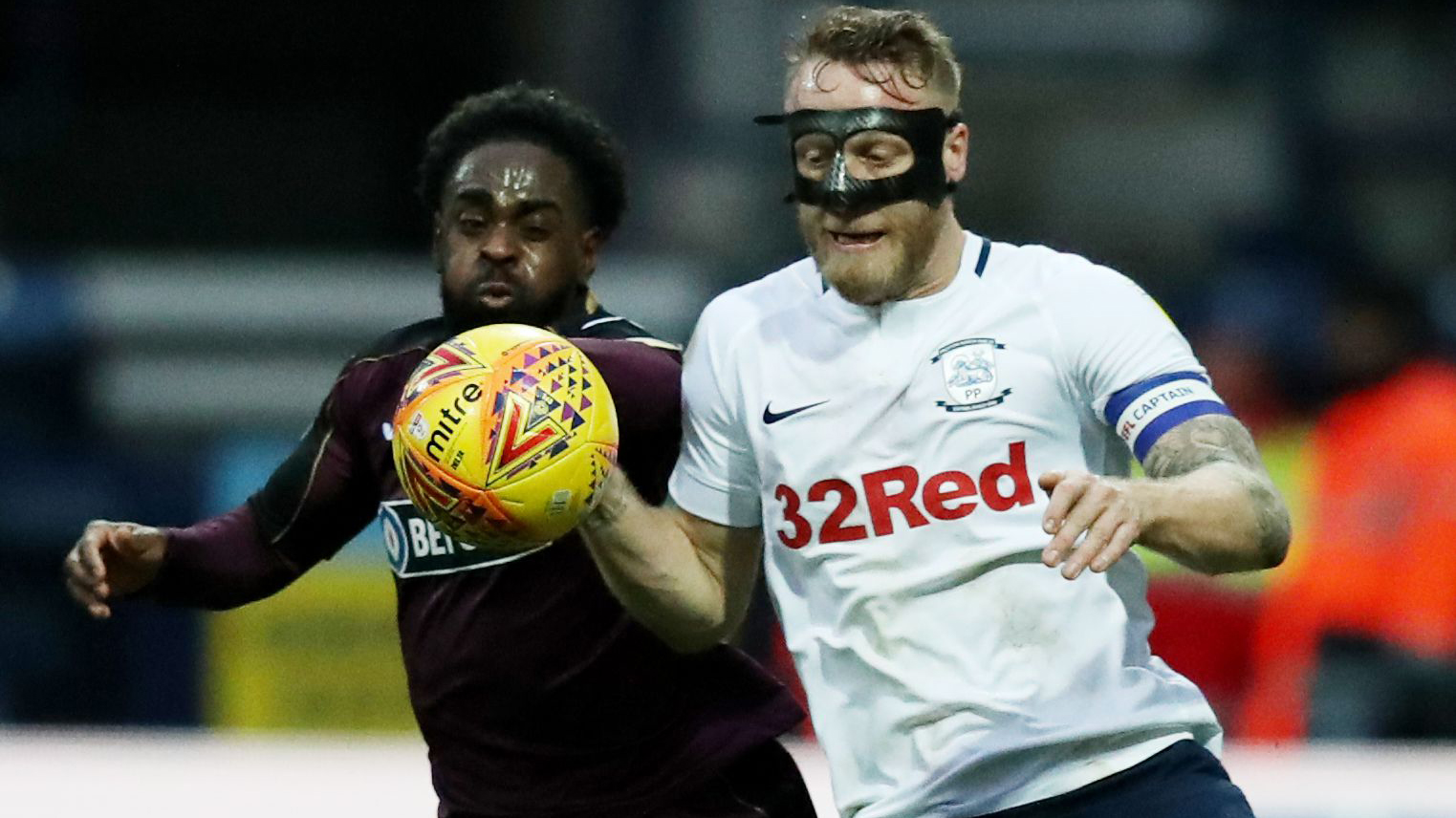 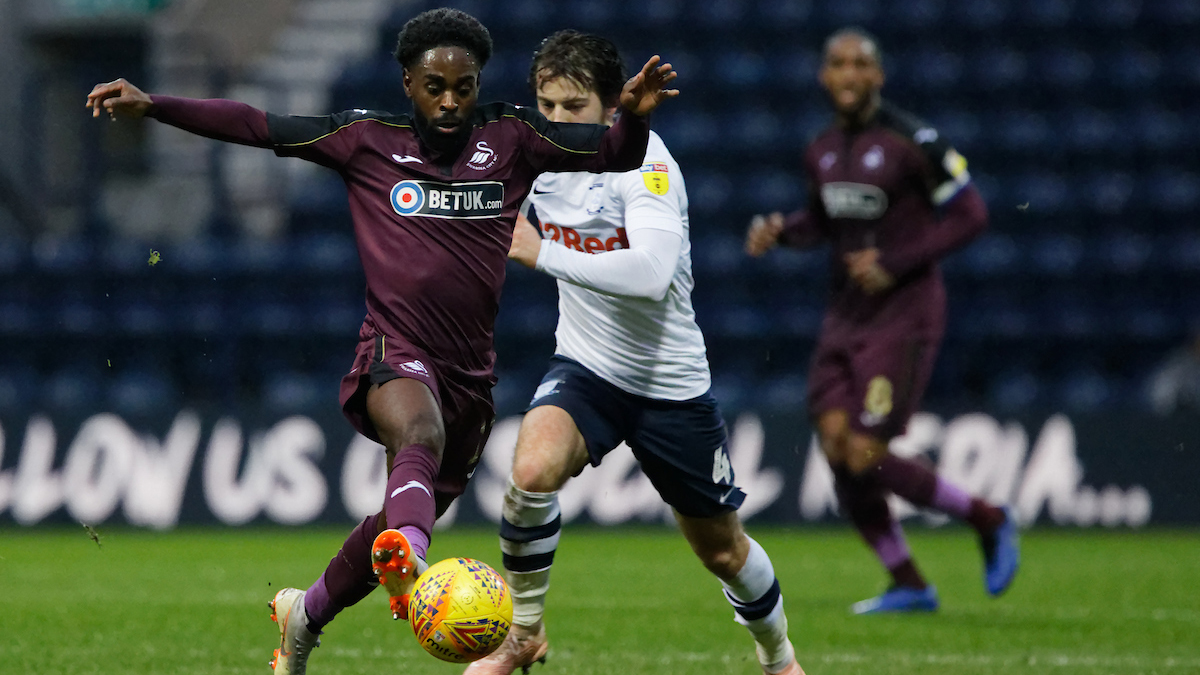 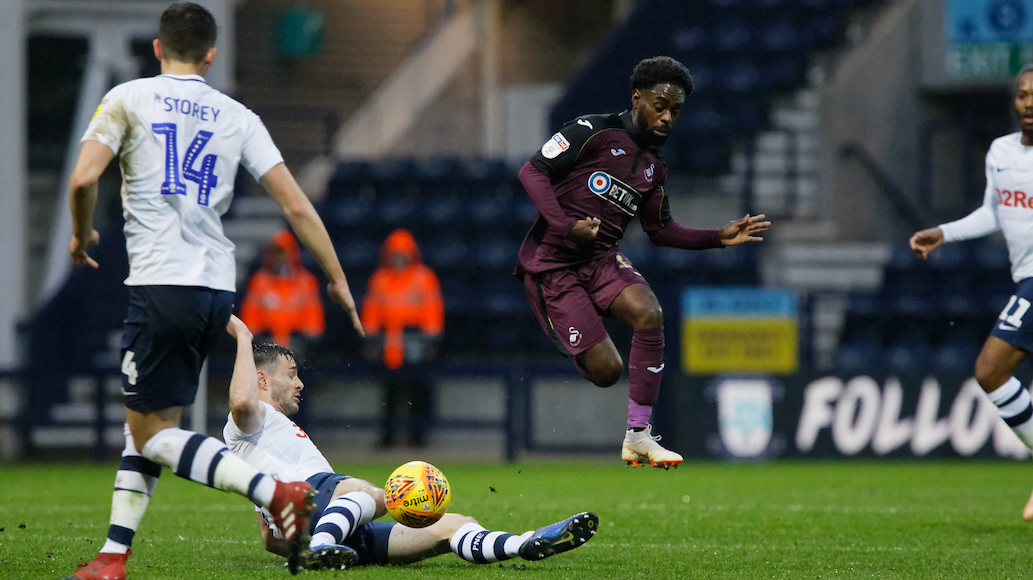 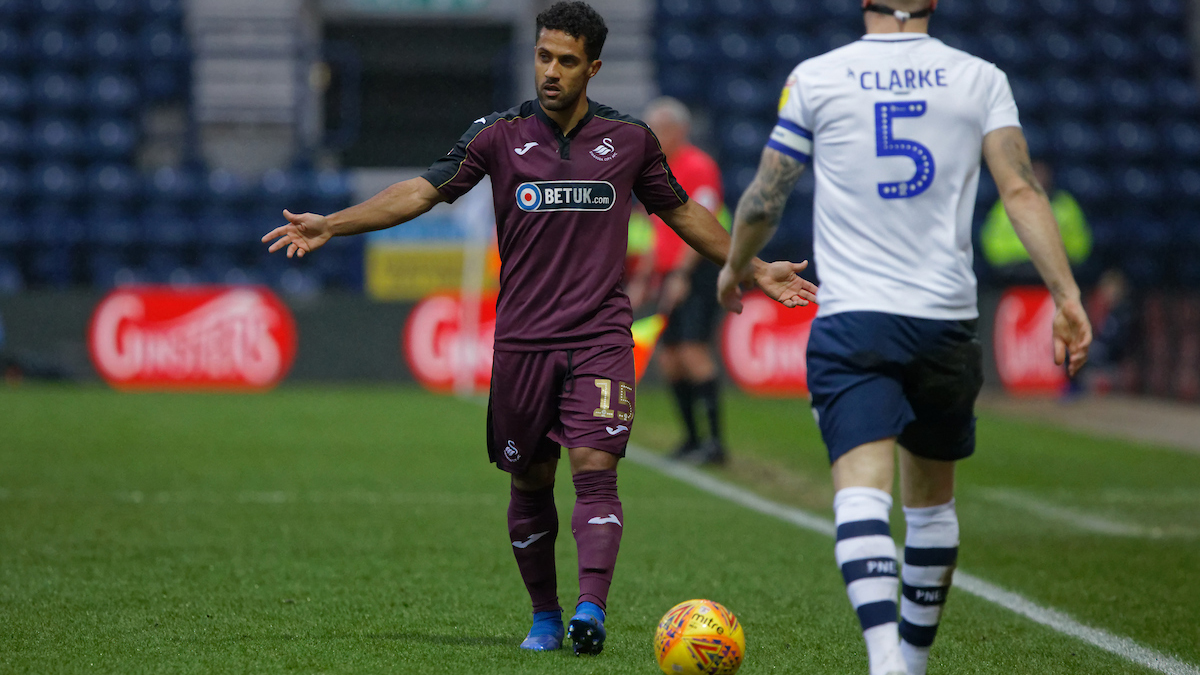 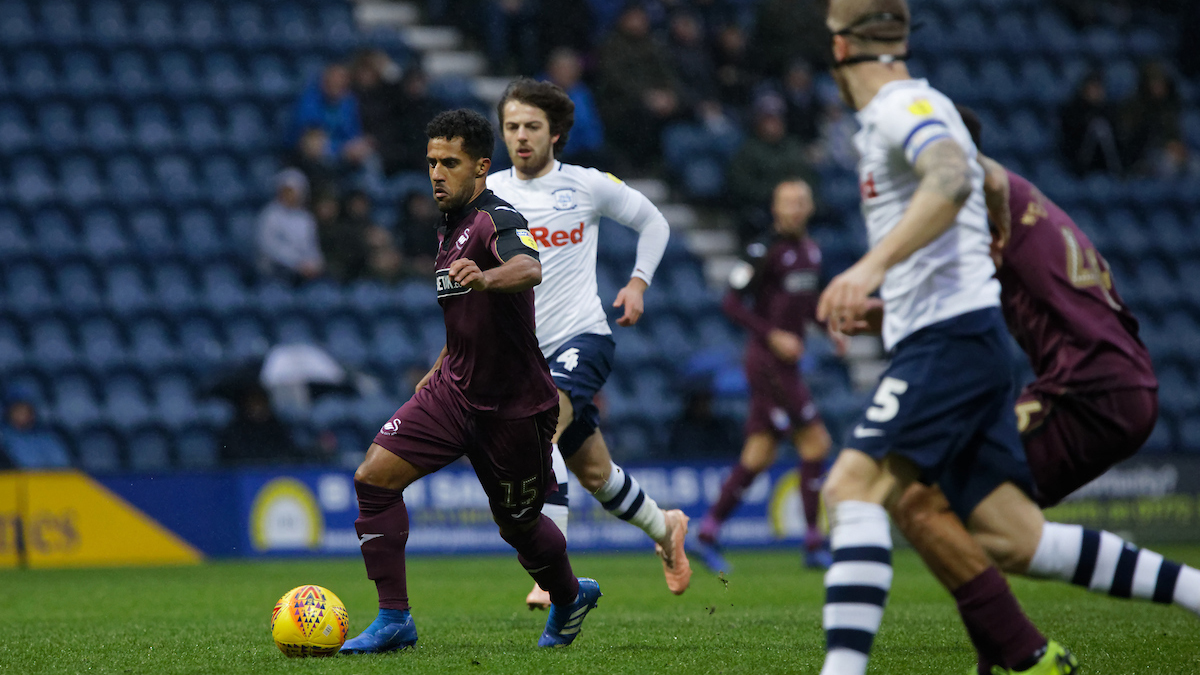 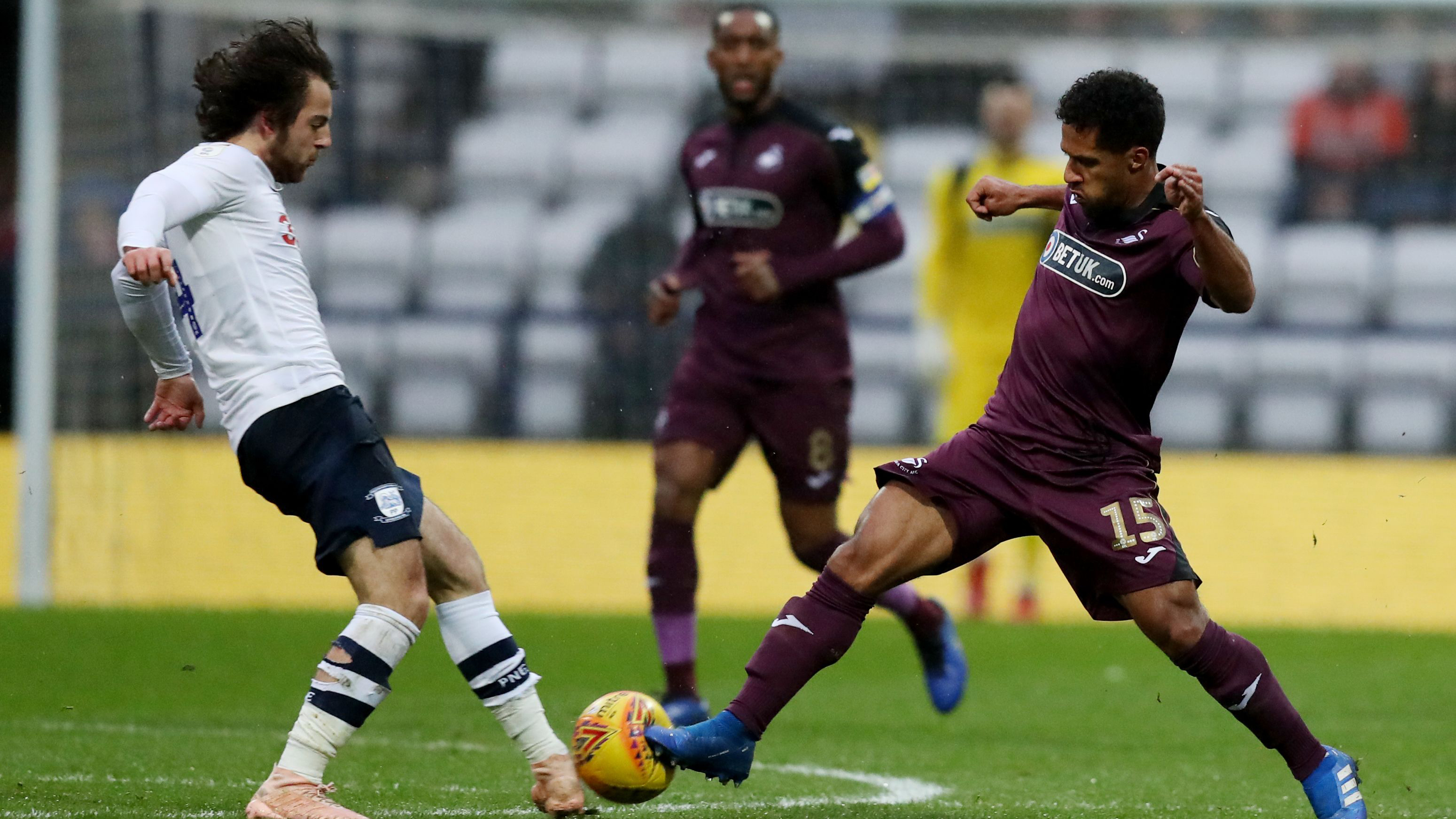 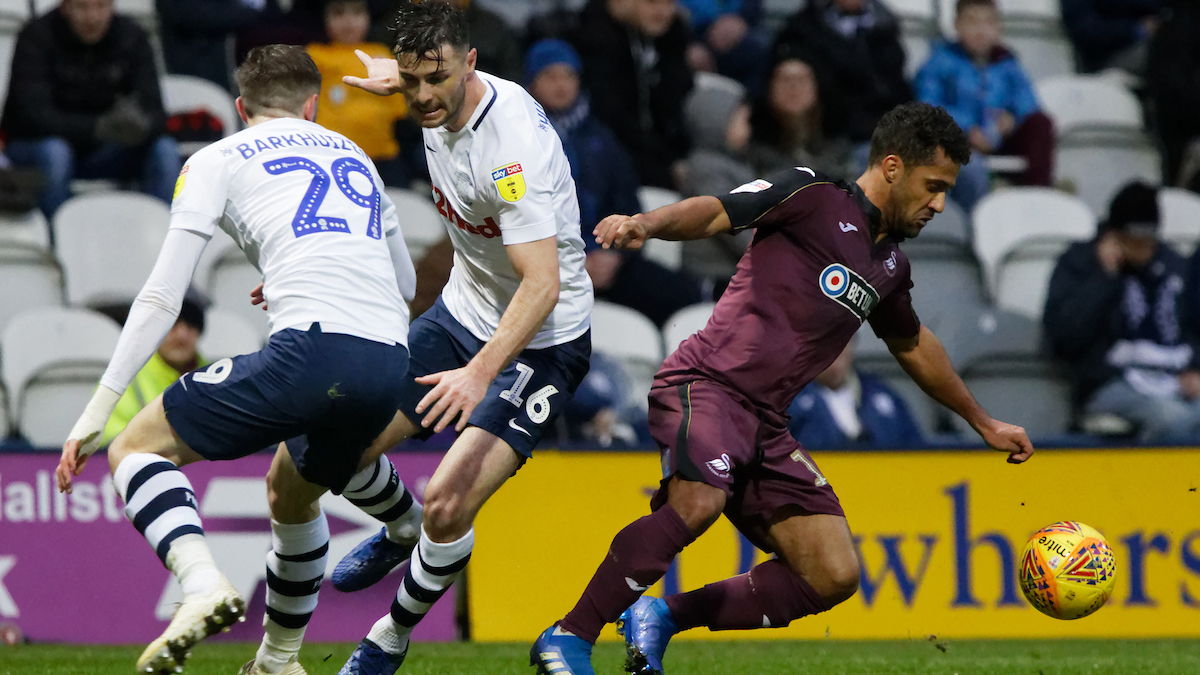 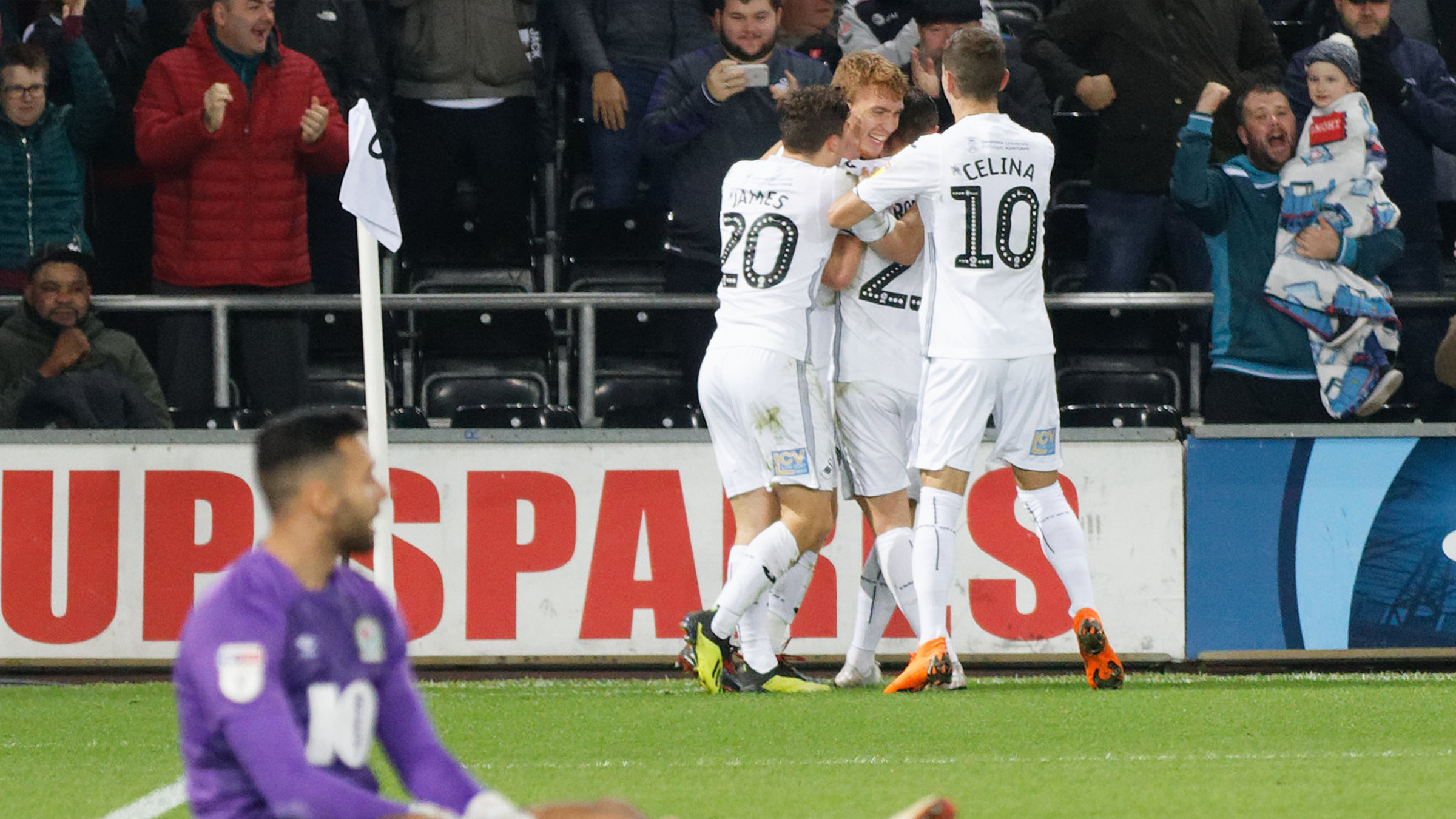 Swansea City came back from a goal down to claim their first win in four matches as in-form Blackburn Rovers were beaten 3-1 at the Liberty Stadium.

The Swans fell behind to a Charlie Mulgrew penalty midway through a low-key first half.

Graham Potter’s men struggled to trouble their visitors in the opening 45 minutes, but it was a different story after the break.

Half-time substitutes Jay Fulton and Leroy Fer were both influential as the Swans fought back to claim their third home victory of the season.

Fulton’s long-range effort brought the hosts level as the ball hit the post and bounced in off Rovers keeper David Raya.

And the points were sealed five minutes from time when Bersant Celina lifted his shot over Raya and inside the far post.

Potter made five changes to his starting side following the weekend defeat to Aston Villa, with Cameron Carter-Vickers, Kyle Naughton, Tom Carroll, Matt Grimes and James all recalled.

Carroll’s neat pass prompted the first notable attack of the game on 10 minutes, with Celina finding space down the left flank but lifting his shot over the bar.

Next Martin Olsson combined with Celina before whipping in a fine cross which reached James at the far post, but the winger’s cross-shot was cleared by Mulgrew.

Blackburn had offered no serious threat until the 25th minute, when left-back Amari’i Bell surged into the box and then turned inside Naughton.

Bell tumbled and the referee pointed to the spot, and Mulgrew made no mistake as he sent Kristoffer Nordfeldt the wrong way from 12 yards to put the visitors ahead.

The Swans tried to muster a response, but the best they managed before half-time was a Grimes volley which flew wide.

Potter made a double change at the break, sending on Fulton and Leroy Fer, and his team began with much more purpose.

James used his pace as he surged down the left only for his shot to be blocked. The winger then sliced a second effort over the bar.

Roberts and Naughton then combined well, but Celina lifted his shot too high from the edge of the area.

The Swans kept pushing, and the equaliser came on 64 minutes.

Fer’s sharp pass gave Fulton a bit of room to work with, and he unleashed a fierce 25-yard drive which ricocheted off the post and, via Raya’s back, over the line.

Within four minutes, the Swans were in front.

James was involved again, racing at the heart of the Rovers defence before sliding a pass through for Roberts.

The local lad finished with aplomb, steering the ball low into the corner of the net with his weaker left foot.

The Swans did not sit back.

Celina slipped a pass in behind for James to chase, and the Wales Under-21 man crashed a shot against the outside of the post.

Five minutes later James was denied by the woodwork again, this time with a deflected effort which came back off the bar.

With that Blackburn threatened to find a leveller, with Elliott Bennett and Bradley Dack both seeing efforts repelled by Nordfeldt.

Seconds after the Swede’s second save, the Swans broke upfield to score their third goal through Celina.

He finished coolly, dinking the ball over the advancing keeper, after being picked out by Fer.