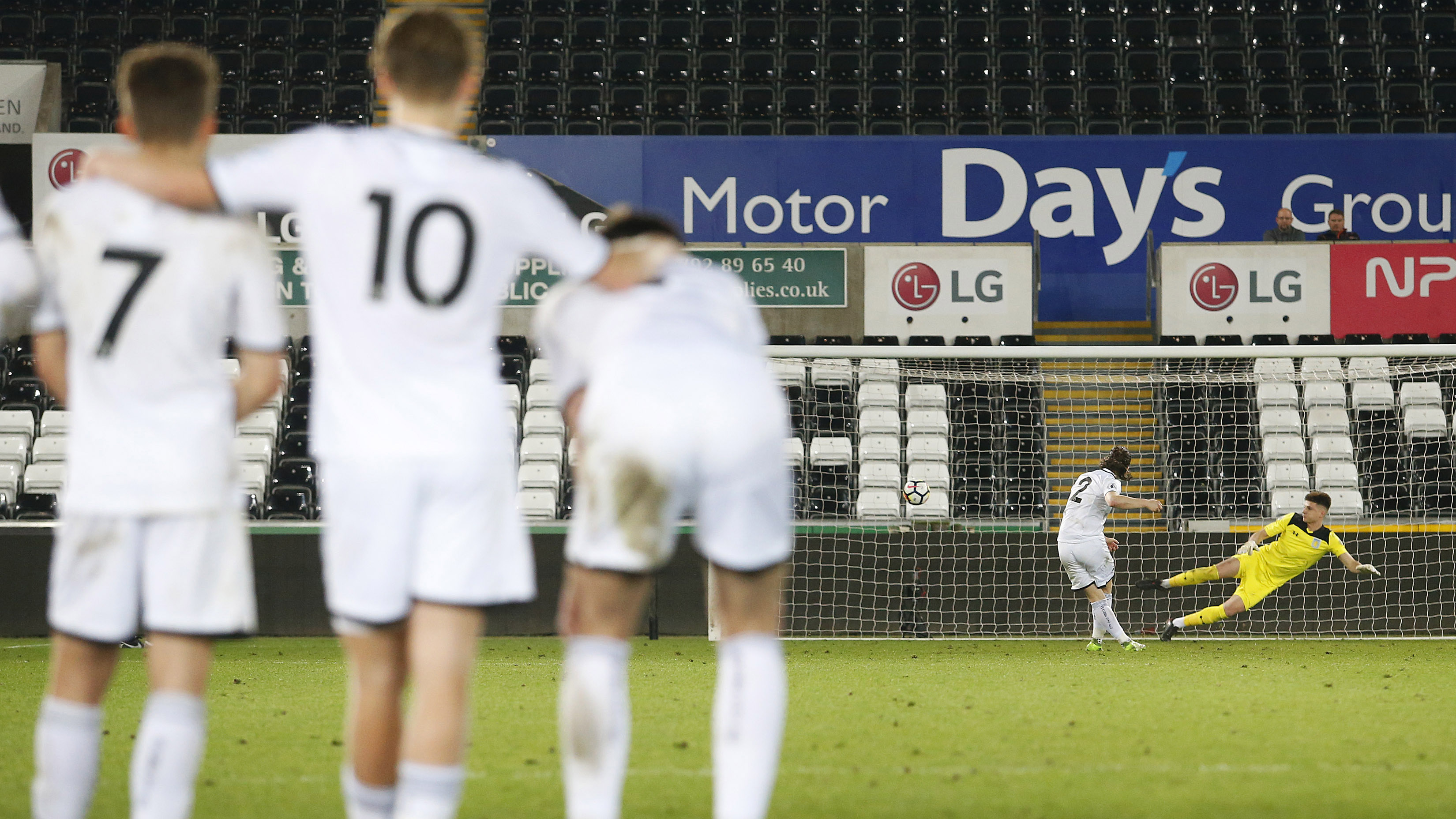 The final finished goalless after 120 minutes and was decided on a shootout, in which Villa goalkeeper Matija Sarkic performed heroics to keep out George Byers and Jack Evans.

Meanwhile, the visitors scored all four of their kicks, with Jack Clarke tucking away the decisive penalty to give them victory.

The Swans, who were unchanged from their semi-final win over Sheffield United, had an early scare as Corey Blackett-Taylor’s cross deflected off Ben Cabango and onto the post with Steven Benda struggling to get there.

But the hosts were on top throughout the first half and it took two magnificent last-ditch interceptions within 60 seconds of each other to prevent them from breaking the deadlock.

Isaiah Bazeley-Graham timed his challenge to perfection to deny Kenji Gorre, as did Mitchell Clark with Daniel James ready to pull the trigger.

However, Villa created the better opportunities after the break with Cian Harries coming to the rescue to block Callum O’Hare’s path to goal after a poor clearance by Benda.

The German was then quickly out of goal to deny O’Hare on the hour mark after the winger had raced in behind the defence.

The Swans then saw a great chance go begging in the 70th minute as Gorre took too many touches in the area rather than getting a shot away. He was almost made to pay within a minute, as an unmarked Jake Doyle-Hayes headed over from eight yards out.

The hosts finished strongly in normal time as Sarkic did well to hold on to Adnan Maric’s bending effort. But Villa looked dangerous on the counter and went close to snatching victory when substitute Jordan Cox dragged his shot wide after being played in by Hepburn-Murphy.

Both sides had chances in extra time but nothing could separate them and it came down to the lottery of a penalty shootout.

Sarkic was the hero as he pulled off two brilliant saves to deny Byers and Evans, before Clarke tucked away their fourth penalty to deny the young Swans back-to-back titles.