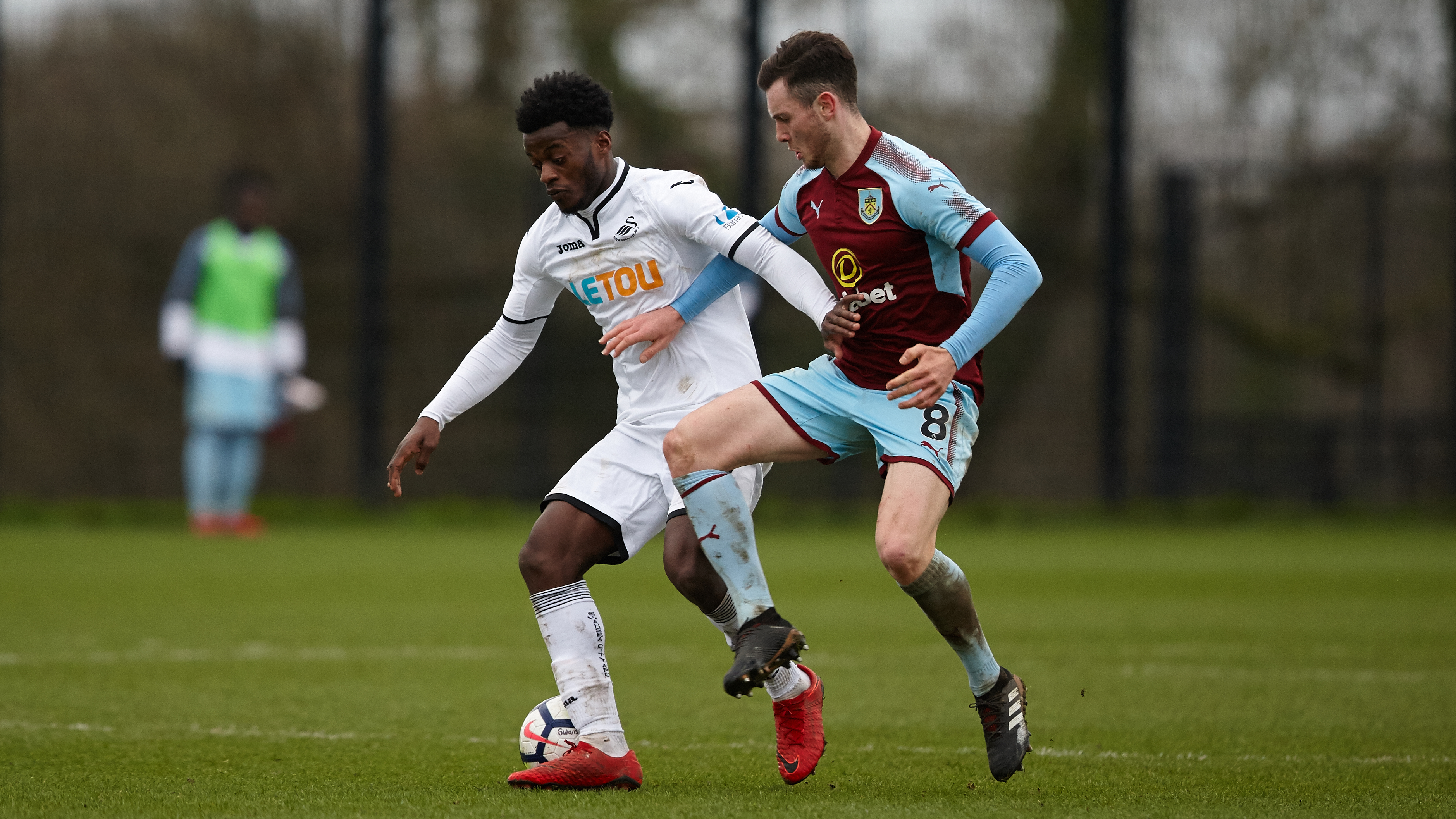 Swansea City Under-23s’ Premier League Cup hopes suffered a setback as they were beaten 2-0 by Burnley on a disappointing afternoon at Fairwood.

First-half goals from Dwight McNeil and Ntumba Massanka proved to be the difference for the visitors as they moved six points clear of the young Swans in Group D.

The hosts made eight changes to the starting line-up with Leon Britton and Connor Roberts dropping down to get some minutes under their belts.

Dan James, Cian Harries and captain Joe Rodon were the only three players that remained from the side that started the 3-3 draw with Derby County in Premier League 2 last time out.

After a fairly quiet start to the contest, the Swans went close to breaking the deadlock as Botti Biabi’s dangerous cross was well-cleared by Scott Wilson, while James volleyed Jordon Garrick’s cross into the side-netting.

However, they fell behind seconds later as Burnley capitalised on a mistake in defence with McNeil firing into the top corner past a helpless Lewis Thomas.

The lead was doubled eight minutes later when the hosts were carved open far too easily and Ntumba Massanka guided a neat volley into the bottom corner.

James should have pulled one back for the Swans in the 37th minute as he fired over from Garrick’s cross, while the latter saw a 25-yard effort tipped over the bar by the outstretched Conor Mitchell.

The hosts enjoyed the majority of the possession after the break but were unable to turn it into genuine goalscoring opportunities.

They came closest to halving the deficit later on when substitute Liam Cullen saw his header deflect over the bar, before James’ 20-yard strike skidded narrowly wide of the far post.

However, the Swans left Fairwood empty-handed and are now six points adrift of the top two in Group D heading into Thursday's game away against Colchester United (7pm).