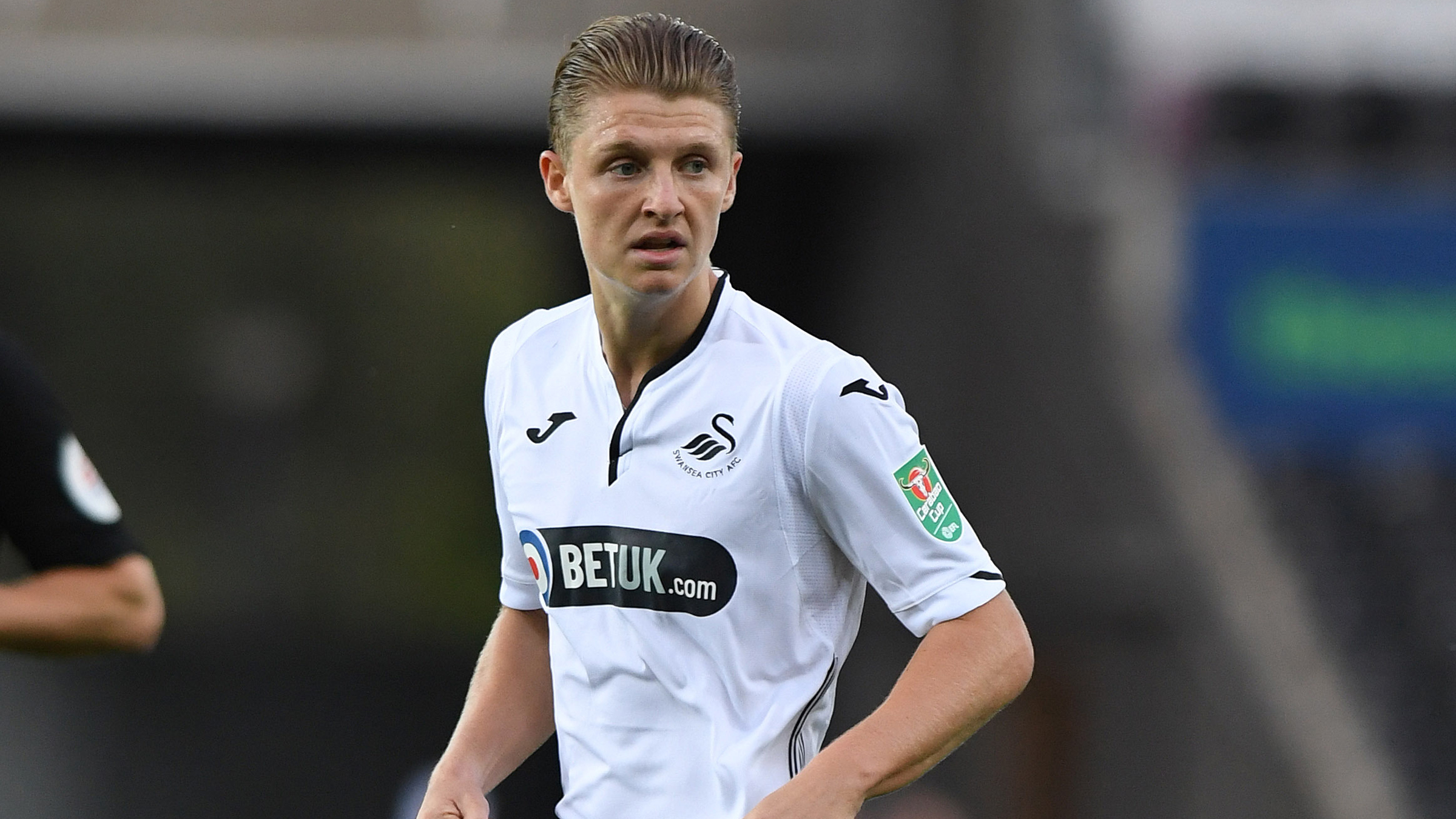 Swansea City Under-23s registered their first victory in this season’s Premier League Cup after holding on to see off Hull City 2-1 at Landore.

Two first-half goals from Kees de Boer and George Byers proved to be the difference for the young Swans.

However, they were made to hang on after Billy Chadwick pulled a goal back for Hull early in the second half.

Victory moves the Swans off the bottom of Group E with four points from three games.

Byers and de Boer were among eight changes made from the Swans side that was beaten by Brighton in Premier League 2 on Monday, while there was a first start for Ecuadorian Jordi Govea.

The left-back was involved as the Swans took just 10 minutes to turn their positive start into the opening goal of the contest.

His pinpoint cross found Courtney Baker-Richardson, whose header was brilliantly saved by Harrison Foulkes, but de Boer tucked away the rebound for his first under-23s goal.

Govea also played a big part in the second goal seven minutes later. His through ball was latched onto by Baker-Richardson, whose neat lay-off was swept in by Byers.

The Swans continued to push for more goals with Yan Dhanda flashing a shot narrowly wide of the target, while Baker-Richardson’s dangerous cross was cleared in the nick of time with Tyler Reid lurking for a tap-in.

However, Hull gradually gained a foothold in the contest and finished the first half strongly.

They then halved the deficit nine minutes after the break as Ben Adamson’s cross was swept home by Chadwick.

Chances were few and far between thereon, although Gregor Zabret did well to scramble across and hold onto Brandon Fleming’s free-kick that looked like it might creep into the bottom corner.

Nevertheless, the Swans held on for a victory that moved them level on points with Group E leaders Wolves.