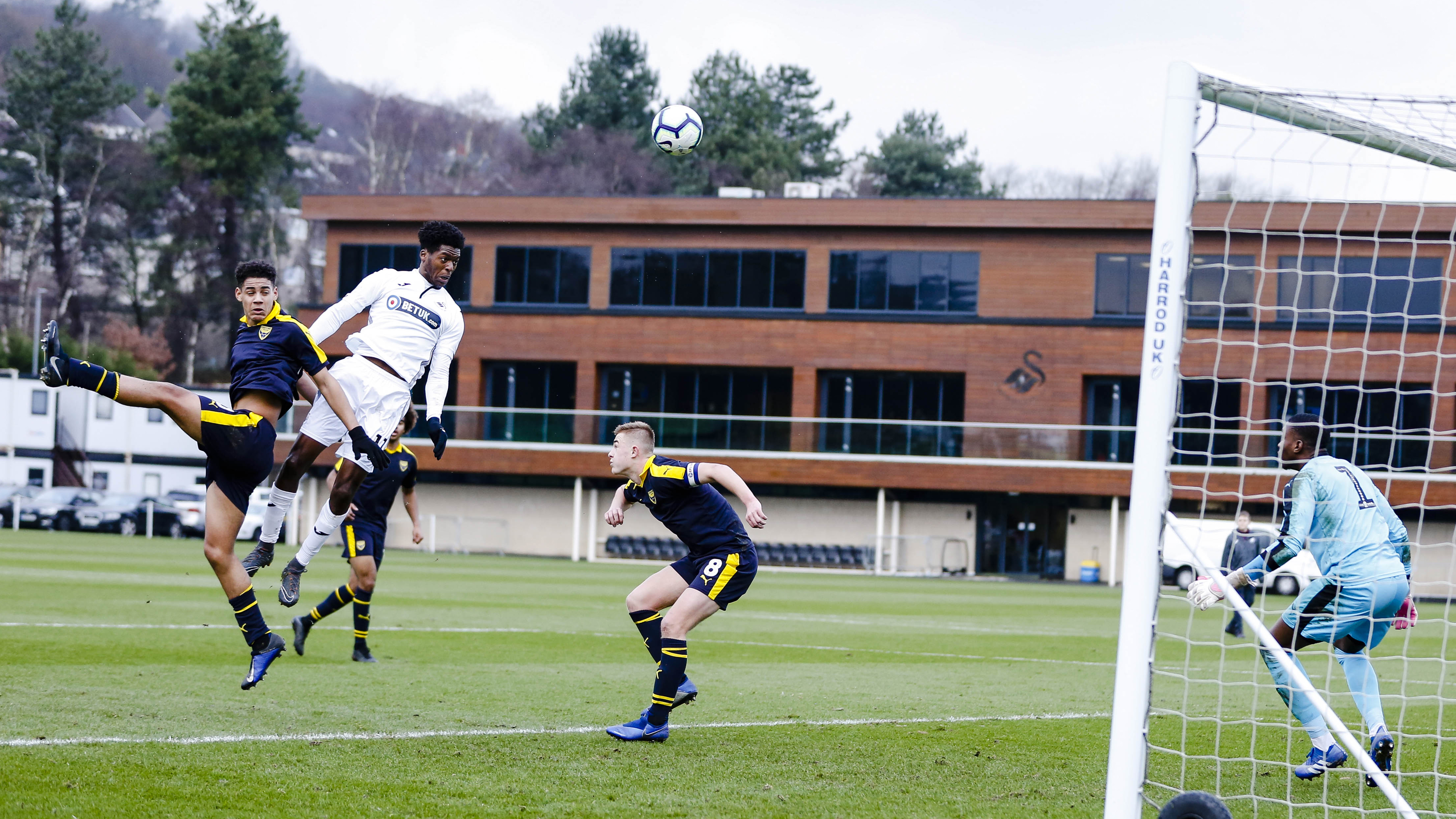 Swansea City Under-23s went top of Group E in the Premier League Cup with a 2-0 victory over Oxford United’s under-23s at Landore on Saturday.

Jordan Garrick’s fourth goal of the season was added to in the second half by Joel Asoro to give the young Swans their second victory in the competition this season.

Debuts were handed to Jack Withers and Cameron Berry with Gregor Zabret, Tom Price George Byers and Jordon Garrick the other changes.

Tyler Reid created the best chances for the under-23s from the right channel in the opening exchanges firing a shot wide before Matt Berry Hargreaves cleared another dangers cross.

But the deadlock was broken by the Swans in the 38th minute when another cross from Reid found Garrick to head in off the underside of the bar from six yards.

Oxford looked to fight back in the second half to find an equaliser with Owen James and Tsun Dai Wai forcing Gregor Zabret to save.

The U’s best chance came in the 77th minute as substitute Rev James fired a shot at goal that was deflected inches wide off the back of Tom Price.

The visitors would be made to rue their missed chance as a minute later Yan Dhanda played a superb pass for Joel Asoro to into the box and round the keeper to cooley slot home the Swans’ second.

Dhanda almost delivered another assist, this time for Garrick but his effort was saved by Manny Agboola.

Oxford were reduced to ten men in the final stages of the game following a red card for Aaron Heap that compounded the sides disappointment as the Swans cruised to victory.