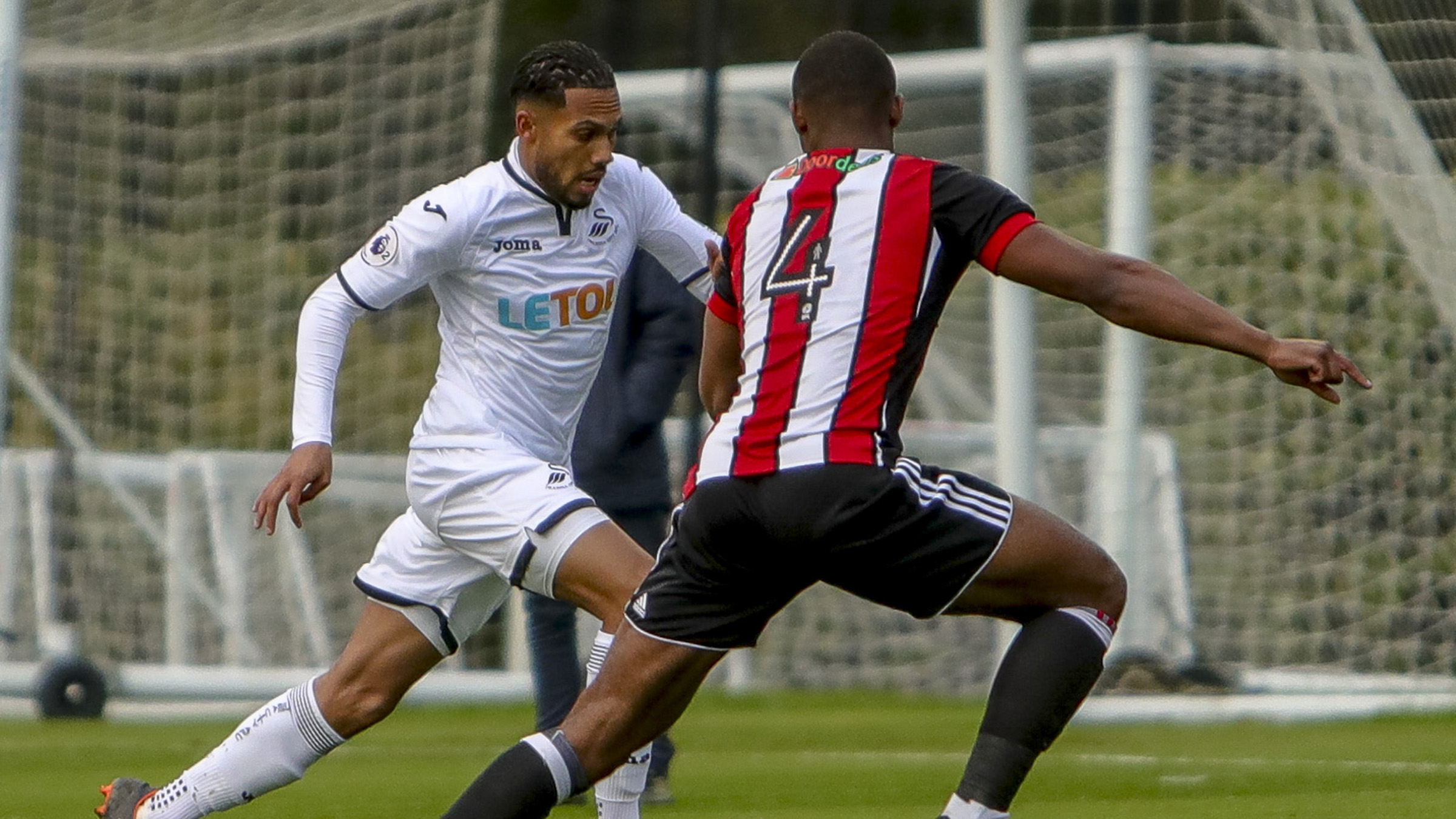 Swansea City Under-23s booked their place in the Premier League Cup final for the second year running following a 3-0 victory over Sheffield United at Landore.

The young Swans remained on course for a successful title defence by advancing to the showpiece, where they will play Aston Villa.

Adnan Maric opened the scoring after just five minutes and George Byers’ sublime free-kick doubled the lead midway through the first half, before Kenji Gorre sealed the victory in the dying seconds.

The young Swans made three changes to the side that ended their Premier League 2 season with victory over Sunderland on Monday, with Daniel James and Kenji Gorre returning on the wings and Botti Biabi leading the attack.

They started on the front foot and took just five minutes to break the deadlock, albeit through a goalkeeping error.

Lewis showed great anticipation to intercept possession in the centre of the field before feeding Biabi who, in turn, released Maric, and the Swede’s fierce shot was parried into the net by Jake Eastwood.

The United keeper made amends 14 minutes later with strong hands to deny Kenji Gorre, but there was nothing he could do to stop the Swans from doubling the lead midway through the half as Byers curled a wonderful free-kick right into the top corner.

Aaron Lewis’ low drive hit the post soon after as the Swans went in search of more goals, while Cian Harries saw his curling long-range effort tipped wide by Eastwood.

The hosts continued to threaten after the break with Lewis bending a free-kick narrowly wide, before Eastwood did brilliantly to deny Dan James from close range.

At the other end, the Swans survived a huge scare in the 67th minute when an unmarked Harvey Gilmour ghosted into the penalty area, but could only head wide of the target from six yards out.

However, the hosts were otherwise in control and put the match to bed in stoppage time, when Gorre rounded off a fine individual run with a neat finish.