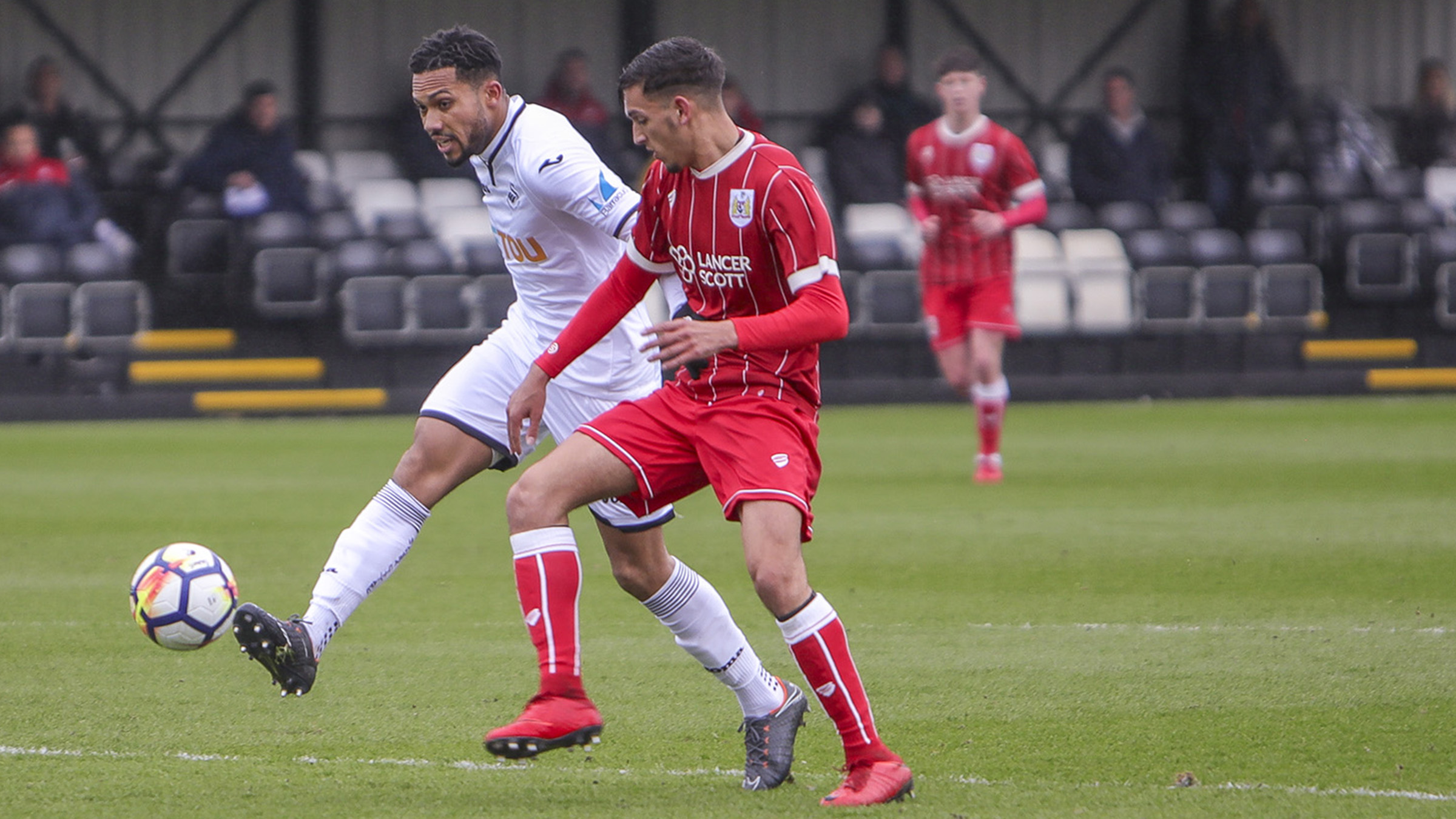 Botti Biabi scored twice as Swansea City Under-23s progressed to the Premier League Cup quarter-finals thanks to a 4-2 victory over Bristol City at Landore.

The striker was on target either side of half-time while Kenji Gorre and Adnan Maric completed the scoring for the young Swans, who will play Brighton & Hove Albion in the last eight.

They were given a scare towards the end by Bristol City when Ben Cabango put through his own net before substitute Cameron Allen set up a nervy finish.

Cabango and Matty Blake started while Gregor Zabret returned in goal as the hosts made three changes to the side that beat Manchester United in Premier League 2.

The Swans made a bright start and almost broke the deadlock in the early stages with Biabi and Maric both stabbing efforts narrowly wide of the target.

Dan James and Gorre also went close for the home side but they struggled to break down their opponents, who arrived in South Wales having beaten Liverpool on the way to topping Group G.

However, the Swans made the breakthrough just before half-time, as Biabi raced onto Aaron Lewis’ quick throw-in and showed great strength to hold off his man before finishing with the outside of his boot.

The lead was doubled in stoppage time when the Swans were awarded a free-kick right on the edge of the penalty area, and Gorre swept it into the far corner for his 13th goal of the season.

Biabi made it 3-0 just after the restart as he was well-placed in the centre to turn home Maric’s square ball after the referee had played a crucial advantage.

Maric turned goalscorer midway through the second half as he was in the right place at the right time to provide the finishing touch to James’ neat centre.

There was to be no clean sheet for the young Swans as Cabango inadvertently diverted a free-kick into his own net, while Allen further cut the deficit five minutes from time.

Nevertheless, the job was already done for the hosts.