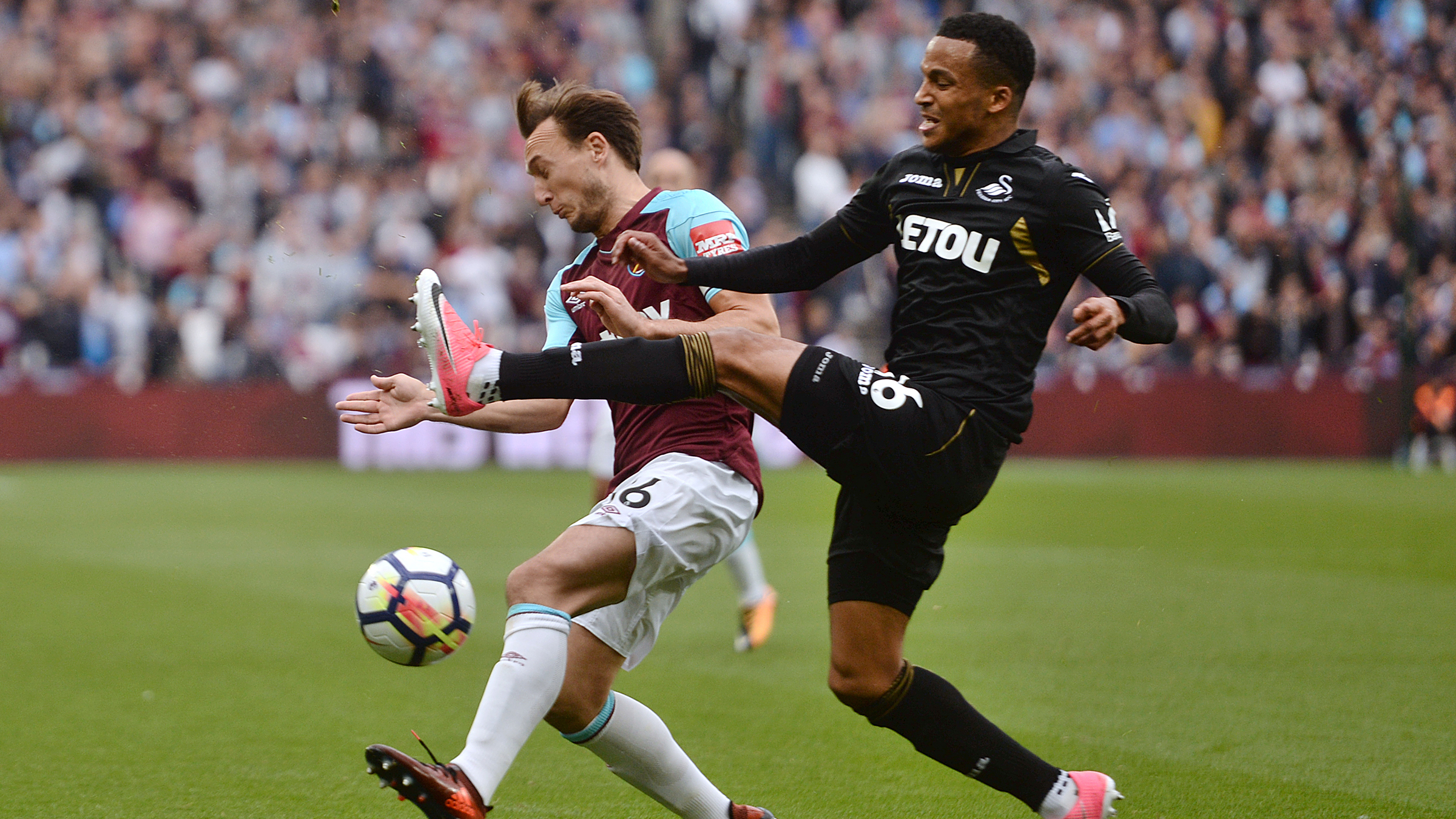 The Swans suffered last-minute heartbreak for the second weekend in a row as Diafra Sakho’s goal condemned Paul Clement’s men to a 1-0 defeat at West Ham.

A tight game which was short on goalscoring opportunities at both ends looked to be heading for a stalemate until the Hammers broke away to score.

The Swans would have left reasonably satisfied had they held on for yet another away clean sheet, but Sakho’s 90th-minute strike meant misery for Clement’s players.

Slaven Bilic made two changes to his West Ham side with Andre Ayew replacing Marko Arnautovic after the Austrian was ruled out through illness, while Andy Carroll came in for Angelo Ogbonna.

Swans boss Paul Clement made three changes to the side which started against Watford.

Skipper Leon Britton, making his first appearance since the opening day of the season, was recalled along with Tammy Abraham and Renato Sanches. Mike van der Hoorn, Leroy Fer and Sam Clucas stepped down to the bench.

Despite an early chance for Michail Antonio which Lukasz Fabianski did well to save, the Swans made an encouraging start to the contest as they enjoyed plenty of possession playing from the back into midfield.

It was that patient build-up involving Tom Carroll which saw Swansea’s first chance fall to Wilfried Bony after 15 minutes as his fierce, long-range effort forced a good save from Joe Hart.

Swansea were still on top midway through the half as Martin Olsson fired over before Tom Carroll and Abraham had goalbound shots blocked on the edge of the area. It was just that final ball that was lacking.

Former Swan Andre Ayew had a glancing header at the other end which failed to trouble Fabianski, but the half belonged to the visitors after a much-improved performance on the previous week against Watford.

Swansea had to reshuffle at the start of the second half as Fer replaced the injured Bony. It meant Ayew went up top alongside Abraham and Fer into midfield.

The home side came out with more intent as the unmarked Andy Carroll just failed to connect with an Antonio cross at the far post as the Swans were sloppy in possession for the first time.

The Swans just couldn’t find their rhythm as West Ham looked the more likely side to break the deadlock, despite the fact that the home fans were clearly unhappy with their team’s performance.

Olsson tried to turn the tide as he cut in from the left before curling a right-foot shot just wide of Hart’s far post with 75 minutes gone.

As the game edged towards a goalless draw, the Swans were given a massive let off four minutes from time when Andy Carroll volleyed against the woodwork.

But that was a warning sign for the visitors, who were undone at the death when Arthur Masuaku lead a counter down the left flank and crossed for fellow sub Sakho to slide home at the far post.

See the best images from today's dramatic victory over Wigan Athletic at the DW Stadium.