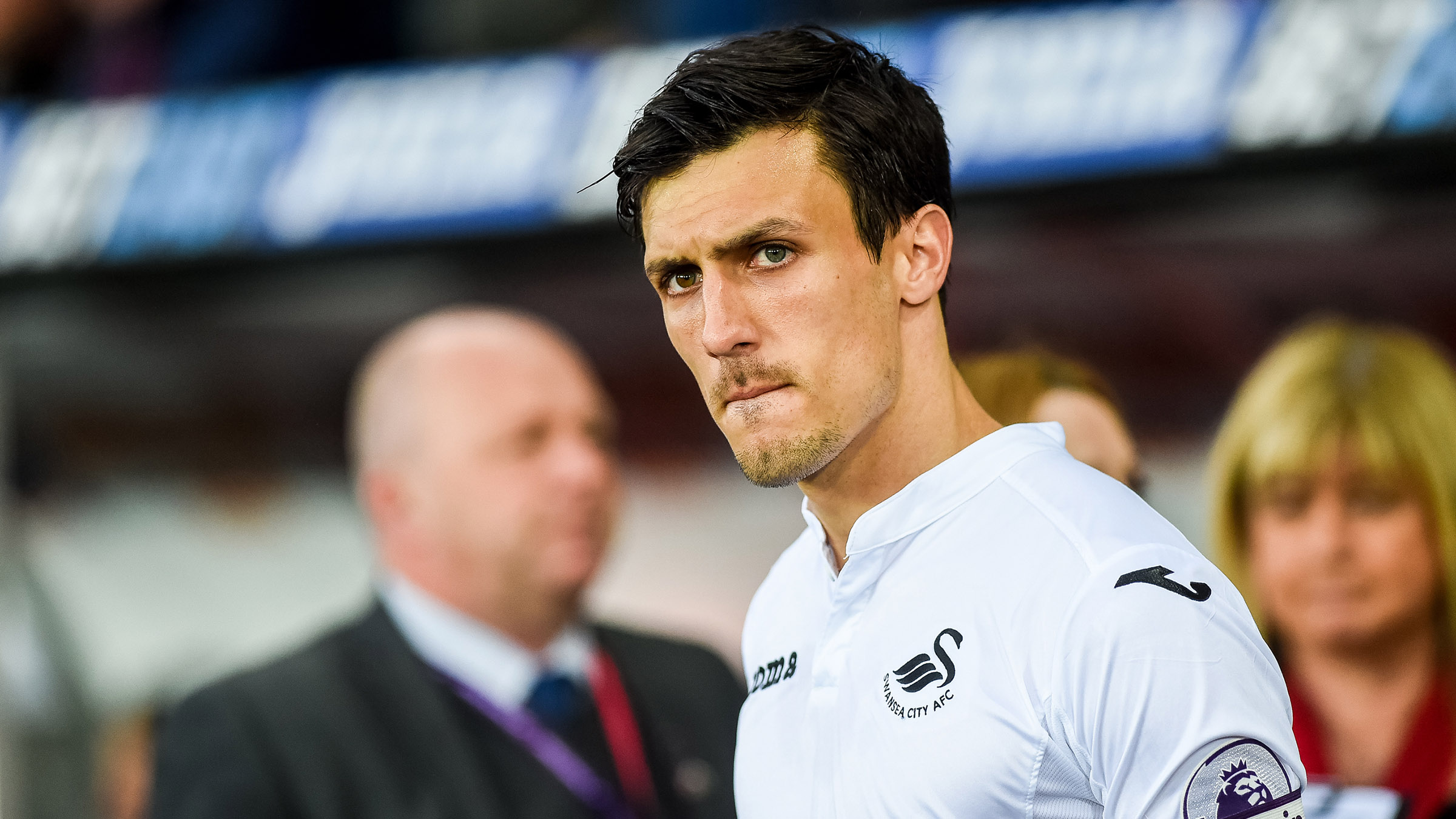 REVIEW OF THE SEASON: Part one

The 2016-17 season proved to be a rollercoaster ride for Swansea City, with a testing campaign ending ultimately in Premier League survival. Here, we look back at the first half of the season, which started on a winning note but by the time the new year started the club had already waved goodbye to two different managers.

AUGUST
The Swans started the season in rousing fashion with a 1-0 win at Burnley, with Leroy Fer grabbing a late winner on a ground where the Clarets would not be beaten often in 2016-17.
However, the opening home game of the campaign ended in defeat to Hull, the significance of which was not apparent at the time.
The Swans won again on the road, with Oli McBurnie scoring twice in an EFL Cup victory at Peterborough, but there was another disappointing Premier League loss next, at Leicester City.
Fer scored his second goal of the season in the rain at the King Power Stadium, but that did not save his team.

SEPTEMBER
The Swans claimed a creditable draw against Chelsea, with a Gylfi Sigurdsson penalty and a Fer goal answering two Diego Costa strikes.
However, a lacklustre 1-0 loss at Southampton was followed by back-to-back home defeats to Manchester City, first in the EFL Cup and then in the Premier League. One bright spot was Fernando Llorente’s first Swans goal, a thumping drive in the league clash with Pep Guardiola’s City side.

OCTOBER
When Liverpool came from a goal down – scored once again by Fer – to win 2-1 at the Liberty, the Swans hierarchy had seen enough.
Francesco Guidolin departed and Bob Bradley was unveiled as the Swans’ new boss.
His reign began with a 3-2 defeat at Arsenal, with strikes from Sigurdsson and record-signing Borja proving to be in vain.
Bradley’s home debut saw the Swans bank a rare clean sheet in a goalless draw with Watford, before a demoralising 3-1 reverse at Stoke.

NOVEMBER
Manchester United blew Bradley’s team away inside 33 minutes at the Liberty, with Paul Pogba volleying Jose Mourinho’s team in front before a double from Zlatan Ibrahimovic put the result beyond on doubt.
Mike van der Hoorn’s first Swans goal offered no consolation for the hosts.
However, the Swans responded by claiming a creditable draw at Everton – and they were on course for victory until Seamus Coleman’s 89th-minute goal cancelled out Sigurdsson’s penalty.
Then came the game of the season, an extraordinary 5-4 victory over Crystal Palace.
Despite Wilfried Zaha’s opener, the Swans appeared to be cruising at 3-1 after two goals from Fer and a Sigurdsson strike.
But they were on their knees after three Palace goals in nine minutes late on put the struggling Eagles 4-3 up.
But there was another twist to come, as Llorente struck twice in stoppage time to seal a sensational victory.

DECEMBER
The Swans were thrashed at Spurs – but felt a little hard done by after a contentious penalty set the hosts on their way – then bounced back with a 3-0 win over Sunderland, their biggest of the season.
Sigurdsson opened the scoring against the team who would end the season on the bottom of the table and another Llorente doubled secured a rousing home victory.
However, bleak defeats against West Brom (3-1), Middlesbrough (3-0) and West Ham (4-1) saw Bradley lose his job ahead of the New Year’s Eve home clash with Bournemouth.
With Alan Curtis in caretaker charge, 2017 ended with another bad loss, as the Cherries cruised to a 3-0 victory.