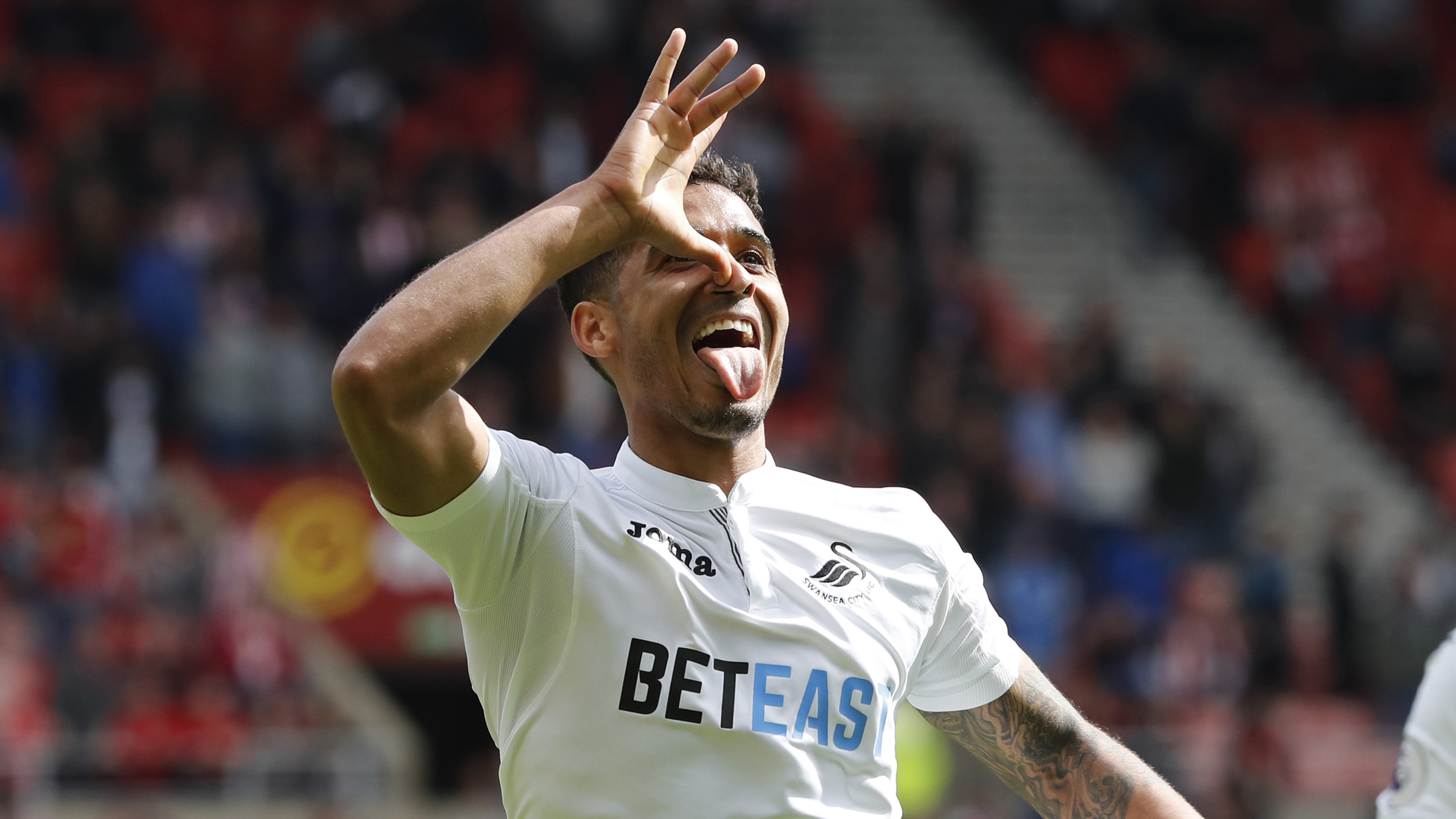 REVIEW OF THE SEASON: Part Two

In the final part of our season review, we look at the ups and downs from the Swans' second half the campaign. From Paul Clement's appointment and a memorable win at Liverpool to dropping into the relegation zone before beating the drop with a game to spare, the last six months certainly kept Swans fans perched onto the edge of their seats.

JANUARY
Paul Clement was appointed just hours before the Swans’ game at Palace, and ended up on the touchline alongside Curtis as Angel Rangel’s dramatic late goal sealed a rousing win. Alfie Mawson had earlier netted his first goal for the club.
After a third-round FA Cup exit at Hull, Clement’s Liberty debut ended in a heavy defeat to Arsenal – although there were some promising signs from the home side.
The Swans then breathed life into their survival fight with a famous 3-2 win at Liverpool – the Reds’ first loss at Anfield in a year.
Llorente scored twice – his second goal was a beauty – only for Roberto Firmino’s double to make it 2-2, but Sigurdsson steered home to clinch a memorable victory.
Crucially, the Swans then made it back-to-back wins for the first time all season as Mawson and Sigurdsson struck in a 2-1 home success over Southampton.

FEBRUARY
A controversial Gabriel Jesus goal saw the Swans lose at Manchester City in heartbreaking fashion after Sigurdsson’s strike had seemed set to secure a 1-1 draw.
But Clement’s men responded by beating Leicester on home soil thanks to goals from Mawson and Martin Olsson.
The Swans went down 3-1 at Chelsea, although there was no shame in that defeat. Llorente scored as the visitors put up a fight against the team who would go into win the title.

MARCH
Clement’s men pulled five points clear of the bottom three after a thrilling home win over Burnley. Llorente scored early on, but an astonishing penalty decision allowed Andre Gray to level.
Gray then put the Clarets ahead on 61 minutes, but Olsson quickly levelled and then Llorente’s towering, stoppage-time header secured a crucial victory.
Hopes were high at this stage that the Swans could pull away from the relegation scrap, but they were to be dashed.
Chances were missed as the Swans were beaten again by Hull, then a poor display at Bournemouth meant more momentum was lost.

APRIL
The Swans were the better side against Middlesbrough but could not find a breakthrough as the Teesiders claimed a point at the Liberty.
A few days later, Wayne Routledge’s goal saw the Swans lead against Spurs for 77 minutes before a late collapse saw them lose 3-1 and meant they dropped into the bottom three.
The Swans’ difficult run continued with a pair of dispiriting 1-0 losses at West Ham and Watford, leaving Clement to concede that the home game with Stoke was must-win.
His team delivered, triumphing 2-0 after Marko Arnautovic had missed a Stoke penalty. Llorente put the hosts in front, then Tom Carroll struck just moments after Arnautovic fluffed his spot-kick.
The Swans built on the Potters success by claiming a rousing 1-1 draw at Manchester United thanks to a special Sigurdsson free-kick.
Clement’s side might have taken all three points but for the Marcus Rashford dive that earned the home side a penalty.

MAY
After Hull’s shock home defeat to Sunderland, the Swans climbed out of the drop zone for the first time in a month thanks to a gripping 1-0 win in their evening game against Everton.
Llorente scored the only goal as Clement’s men showed desire and character to keep their opponents at bay.
A week later, the Swans continued their impressive late-season form by beating Sunderland at the Stadium of Light. Llorente was on target once more, and Kyle Naughton scored his first goal for the club.
The 2-0 win meant Hull had to beat Crystal Palace the following day to keep the relegation scrap alive.
They lost 4-0, prompting a party in South West Wales.
The Swans were in celebratory mood as they hosted West Brom on the final day of the season, and the smiles continued as they fought back from 1-0 down to win 2-1 thanks to goals from Jordan Ayew and that man Llorente.