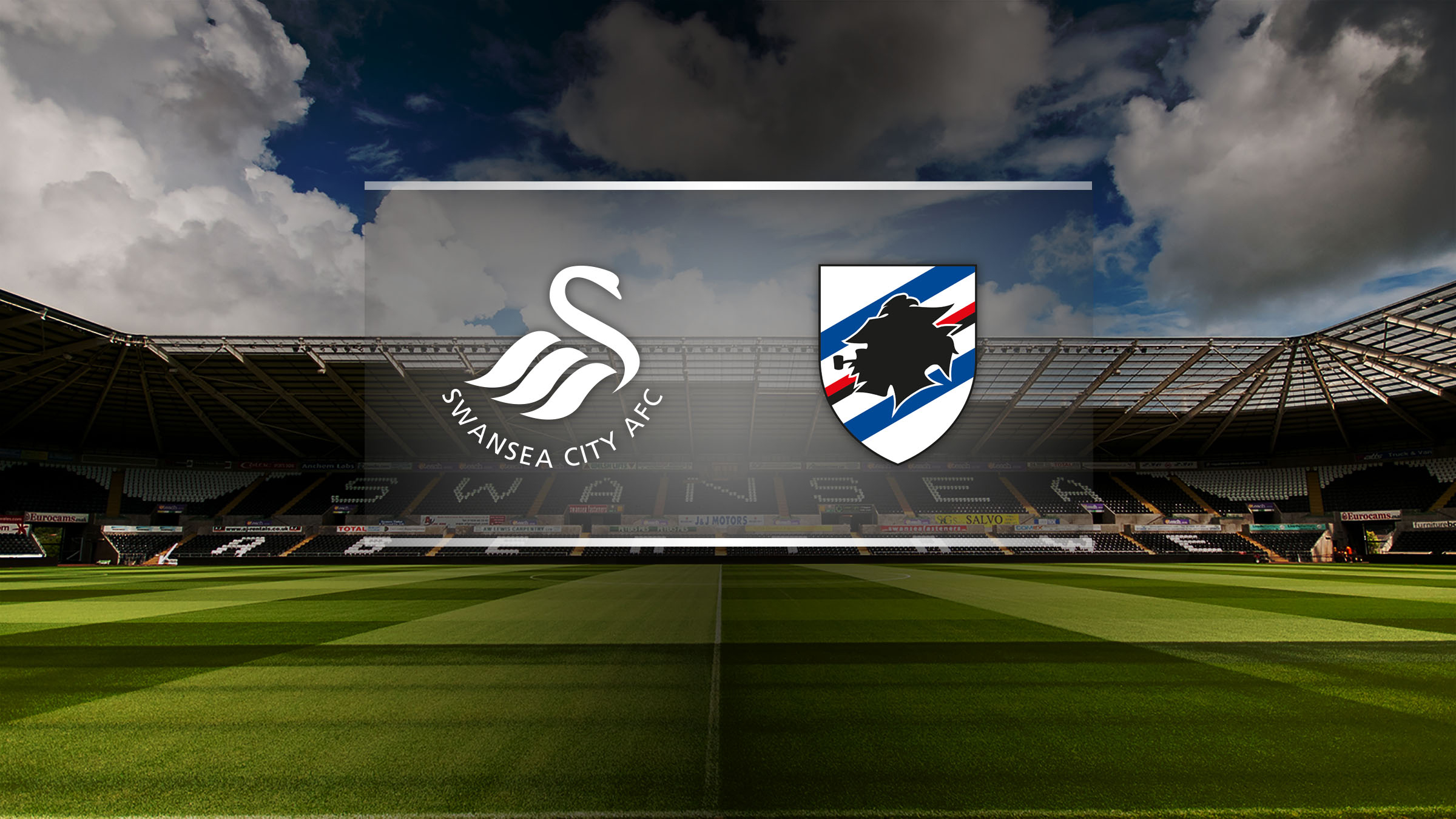 Swansea City will face Italian side Sampdoria in their final pre-season friendly ahead of the 2017-18 Premier League campaign.

Paul Clement’s men will take on the Serie A club at the Liberty Stadium on Saturday, August 5 (3pm).
Sampdoria, who are coached by the much-travelled Italian Marco Giampaolo, finished last season in 10th place in the Italian top flight having beaten both Milan clubs and Roma along the way.

Among the stellar names to have worn the Sampdoria shirt in the past are Gianluca Vialli, Attilio Lombardo, Walter Zenga, Ruud Gullit, Clarence Seedorf, Jurgen Klinsmann, David Platt and Roberto Mancini.
The Genoa-based club’s finest hour came when they won the Serie A title in 1990-91.

Sampdoria have also won the Coppa Italia four times, most recently in 1994.

"The fixture is a fantastic way to end our pre-season preparations for the new Premier League campaign," said Swans vice-chairman Leigh Dineen. "Sampdoria is a fantastic club with a proud and prestigious history who I'm sure our fans will enjoy watching."

Ticket details for their trip to the Liberty will follow in due course.

The Sampdoria clash completes the Swans’ pre-season schedule. They kick off their preparations with a trip to Barnet on Wednesday, July 12 (7.45pm) before a 10-day trip to the United States.