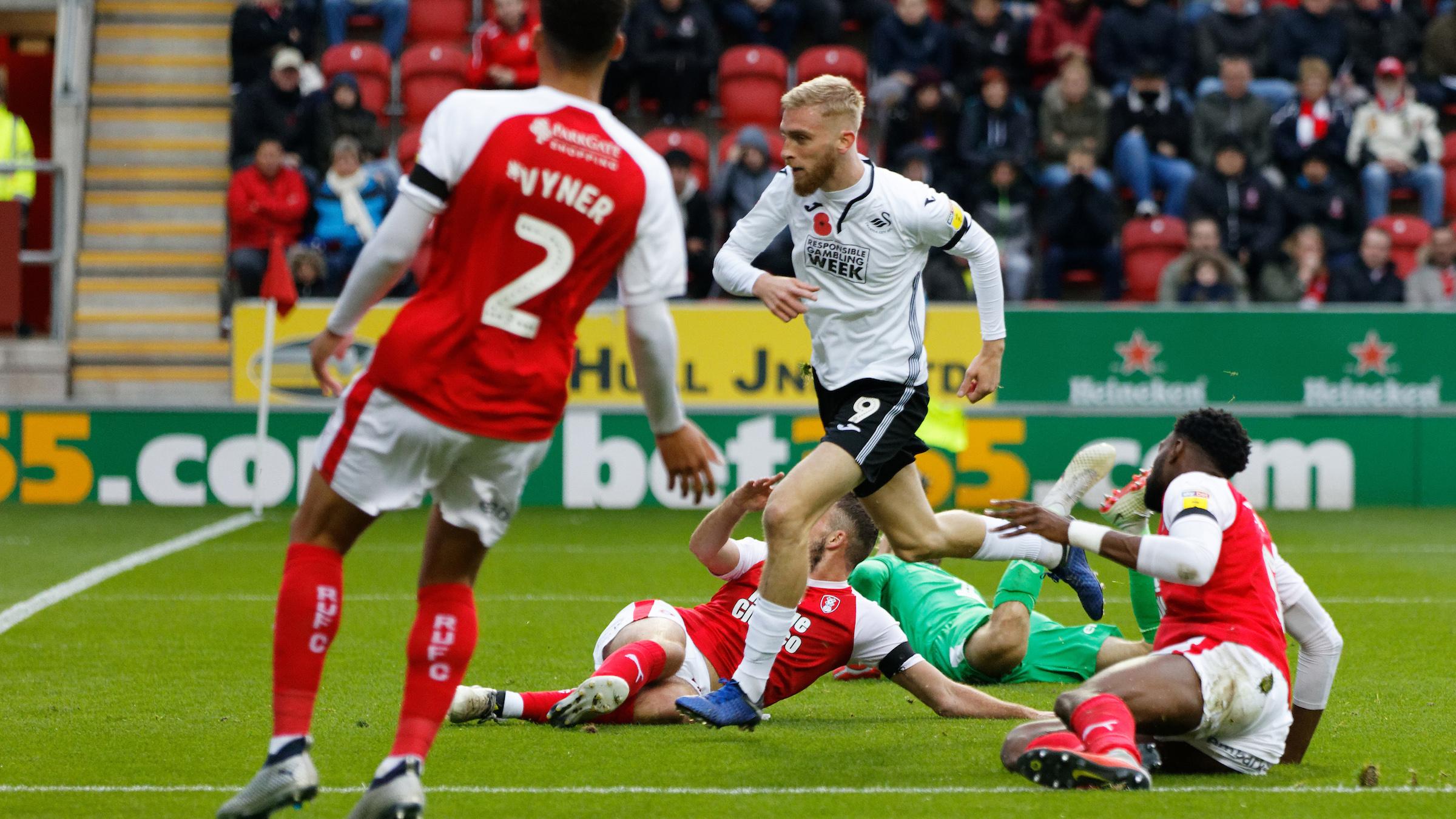 Swansea City suffered a painful defeat in South Yorkshire as two late penalties saw them lose a game they had been in complete control of.

The visitors had surged into the lead as Daniel James set up Oli McBurnie, but they spurned countless opportunities to get a second and kill the game off.

And it proved costly as two penalties in the final 11 minutes from Ryan Manning gave the Millers victory. 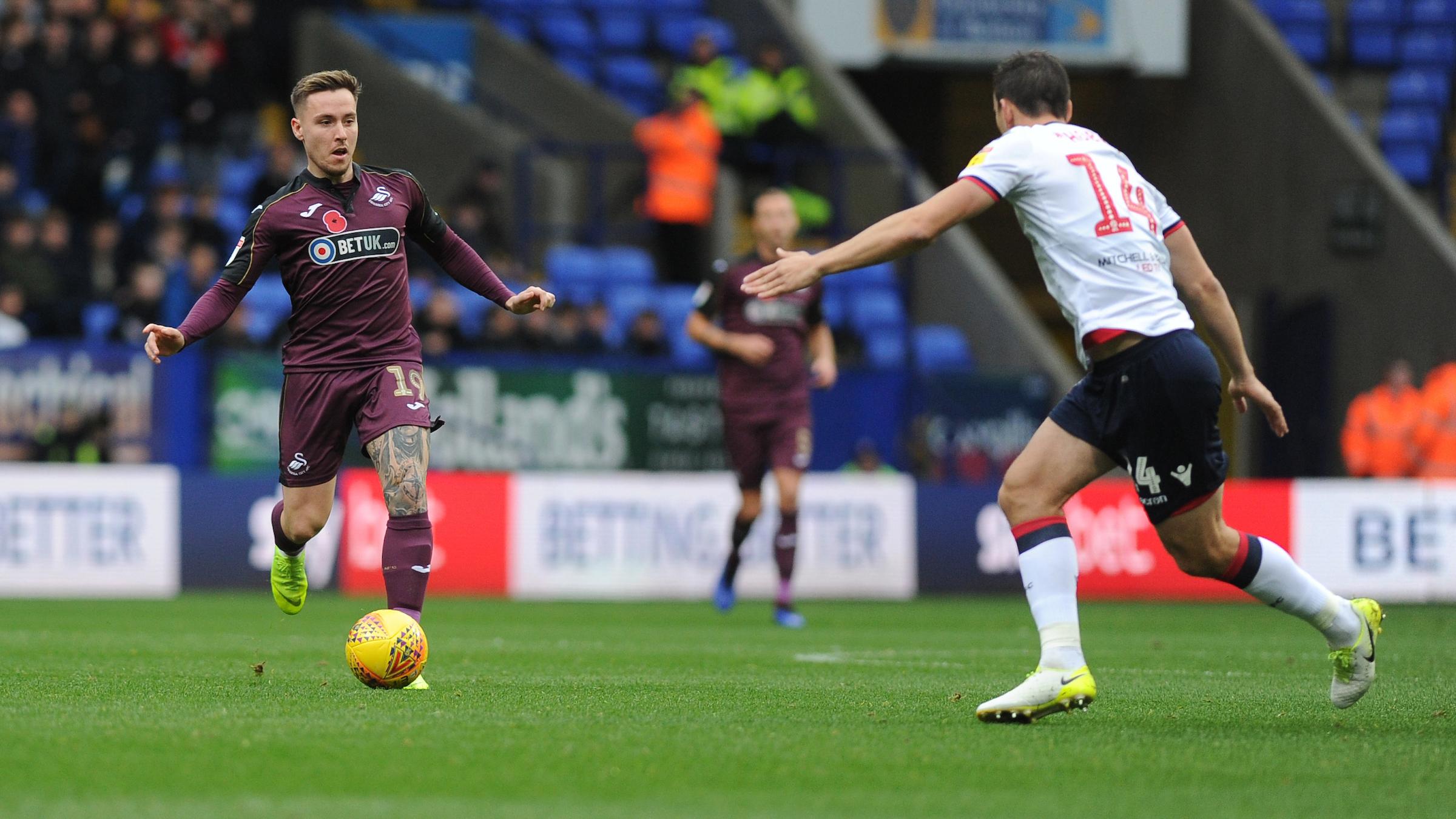 The Scot netted his first Swansea goal in the 15th minute, smashing a rising angled drive into the top corner after a training-ground set-piece move had gone awry.

The visitors had to deal with some late Bolton pressure, but held their nerve to claim all three points. 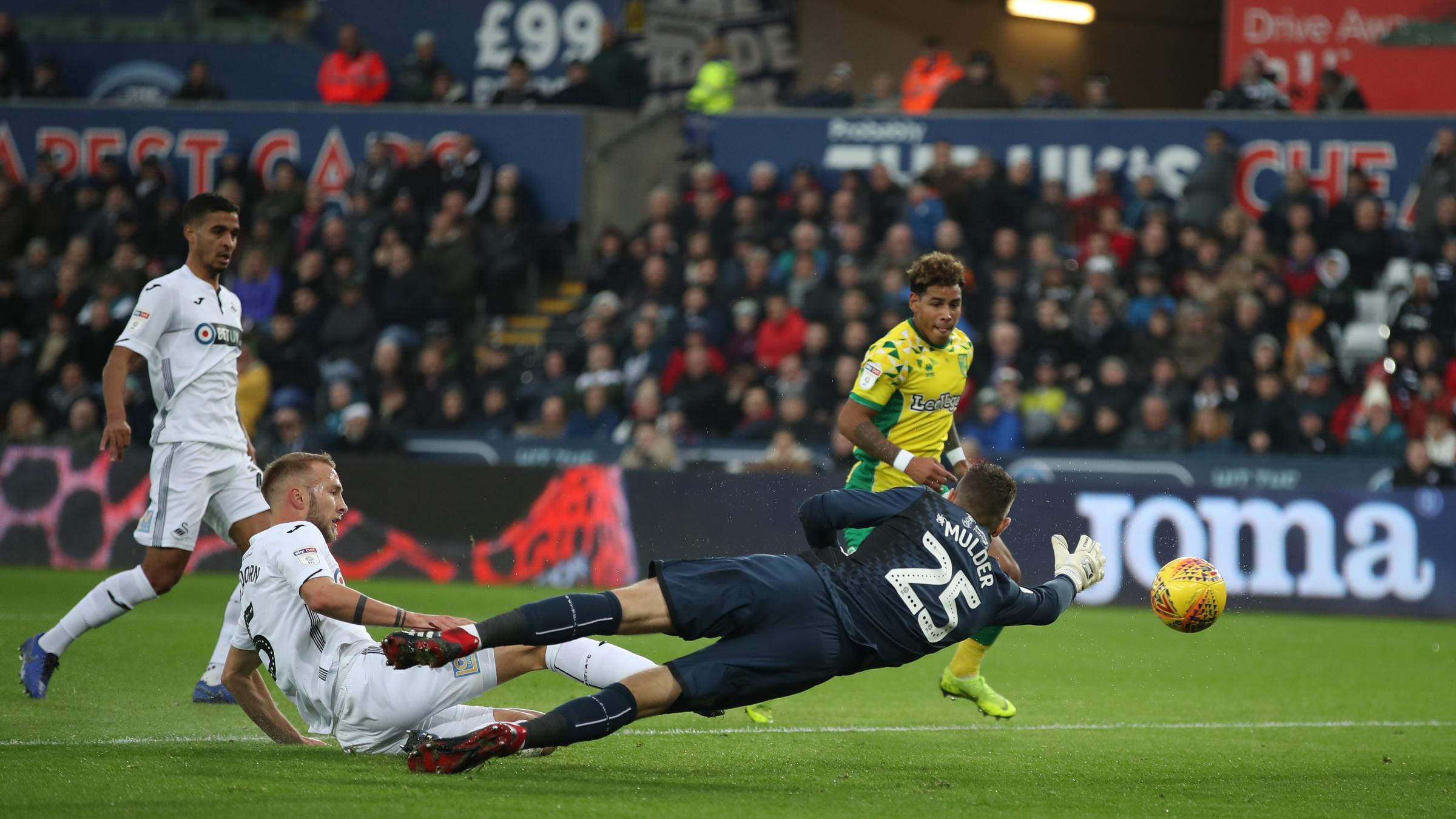 High-flying Norwich produced a clinical performance to run out comprehensive winners at the Liberty Stadium.

The Canaries claimed a sixth-straight win after three goals in the first 37 minutes.

Mike van der Hoorn put through his own net early on, before Emi Buendia doubled the lead after a mix up as Swansea looked to play out from the back.

Marco Stiepermann added a third and, although Daniel James’ first Swans goal pulled one back, Teemu Pukki extinguished hopes of a comeback on the hour. 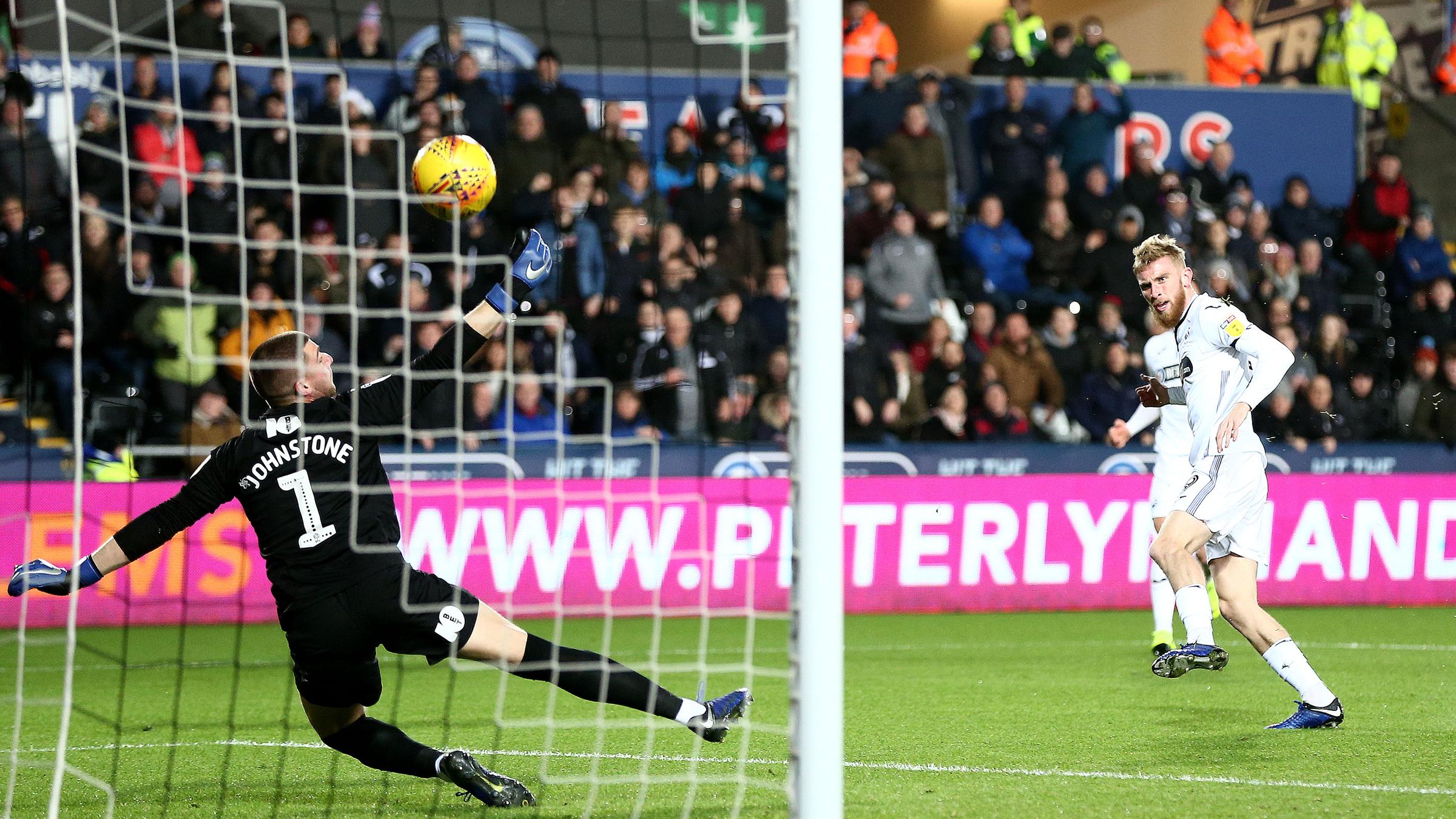 Two set-piece goals saw West Brom come from behind to beat the Swans under the Liberty lights.

Graham Potter’s men had taken the lead when McBurnie smashed home the rebound after Matt Grimes had been denied by Sam Johnstone in the Baggies goal.

But Craig Dawson headed home an equaliser just three minutes after that opener, with Ahmed Hegazi turning home the winner from another deep corner just before the break.

Swansea pushed for a leveller, with McKay and Wilfried Bony having chances, but it was not to be.