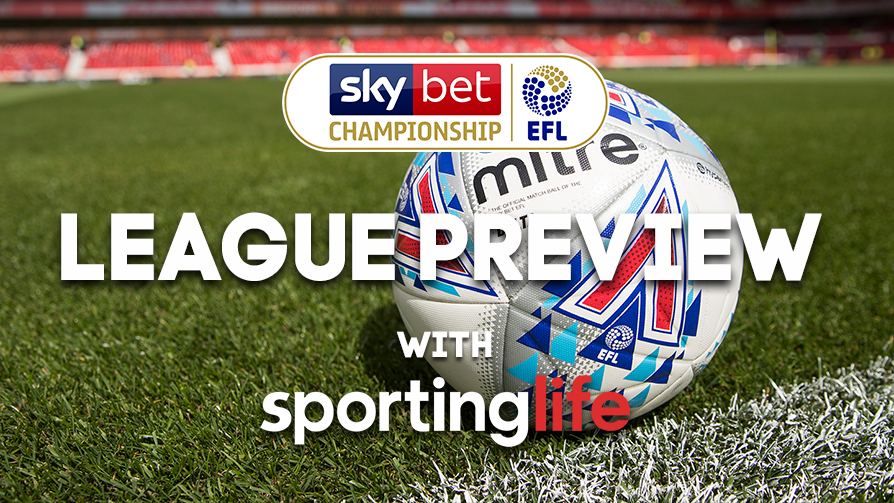 It continues to be an exciting season in the Sky Bet Championship. Sporting Life’s Tom Carnduff previews the latest round of games.

The action gets underway on Friday night with a mouth-watering clash at Elland Road. League leaders Leeds welcome fellow promotion hopefuls Derby in a tie that could go either way.

Despite impressive victories over Aston Villa and Blackburn, Leeds suffered back-to-back defeats at the hands of Hull and Nottingham Forest.

A much-changed side also lost to QPR in the FA Cup last time out, but their first-team will be looking to make amends against a Rams side who have lost just one of their last eight in all competitions.

Hoping for a slip-up from the hosts is Norwich. The Canaries have also suffered tough results in recent weeks and they face a tricky test away at West Brom on Saturday.

The Baggies boast the second-best home record in the division, while Norwich have the best on the road. That sets it up to be a fascinating encounter at the Hawthorns.

The Swans are looking for a third consecutive victory in all competitions when they travel to Preston.

Graham Potter's side have enjoyed a promising start to 2019 following victories over Reading in the league and Aston Villa in the FA Cup,

They will be looking to claim the Championship double over Preston, having beaten them 1-0 in August thanks to Jay Fulton's goal.

One side who did enjoy a strong festive period is Sheffield United, and three consecutive victories puts them two points off the automatic spots.

They also managed to score three goals in each of those games, although a slip-up in the FA Cup at the hands of National League side Barnet halted that momentum.

This week sees them take on QPR. Steve McClaren’s men are unbeaten in their last six, four of which have ended in victory.

As has been the case for the large majority of the season, Middlesbrough remain in the top six, and will hope to close the gap on West Brom in the place above as they travel to Birmingham.

The Blues have been one of the Championship’s surprise packages this season and have lost just two of their last nine in the league.

At the other end of the table, Ipswich will be hoping for a strong second-half of the season as they look to close the ten-point gap to safety.

Occupying 21st currently is Rotherham, and Paul Lambert’s side welcome the Millers to Portman Road this weekend.

Rotherham were hammered 7-0 by Manchester City in the FA Cup, although their boss Paul Warne highlighted how the trip is a learning experience for his players.

Reading will be aiming for their first win under new boss Jose Gomes as they face Nottingham Forest, who are just a place out of the play-off positions.

Forest have failed to win in their last four away games, although the Royals have struggled in front of their own supporters and will hope to get going with the new man at the helm.

One side in outstanding form is Hull, who have Nigel Adkins and Jarrod Bowen both nominated for the monthly awards.

They have won their last five in the league and are unbeaten in their last four at home. The Tigers take on a fellow Yorkshire club in Sheffield Wednesday.

The Owls are also hoping for new manager bounce after appointing Steve Bruce, although Steve Agnew is in charge until the end of the month.

Elsewhere, Millwall are looking to make it five wins in a row as they host Blackburn.

Rovers are looking for their first away win in eight, but they can take confidence in the fact that they are unbeaten in their last six games against Saturday’s opponents.

Aston Villa find themselves five points off the play-offs under Dean Smith, and they will hoping to cut that gap as they travel to take on Wigan.

The Latics are in a tough run of form with no win in their last eight, although they have welcomed a couple of new faces in the transfer window.

New Stoke boss Nathan Jones takes his side to Brentford in what will be his first game in charge of the Potters.

Jones left Luton sitting second in the League One standings and comes into the role with significant praise for his efforts at his former club.

Stoke are without a win in six away games and Jones will be aiming to stop that run with victory.

Bolton will be looking to go level on points with Rotherham as they take on Bristol City, who have won their last two.