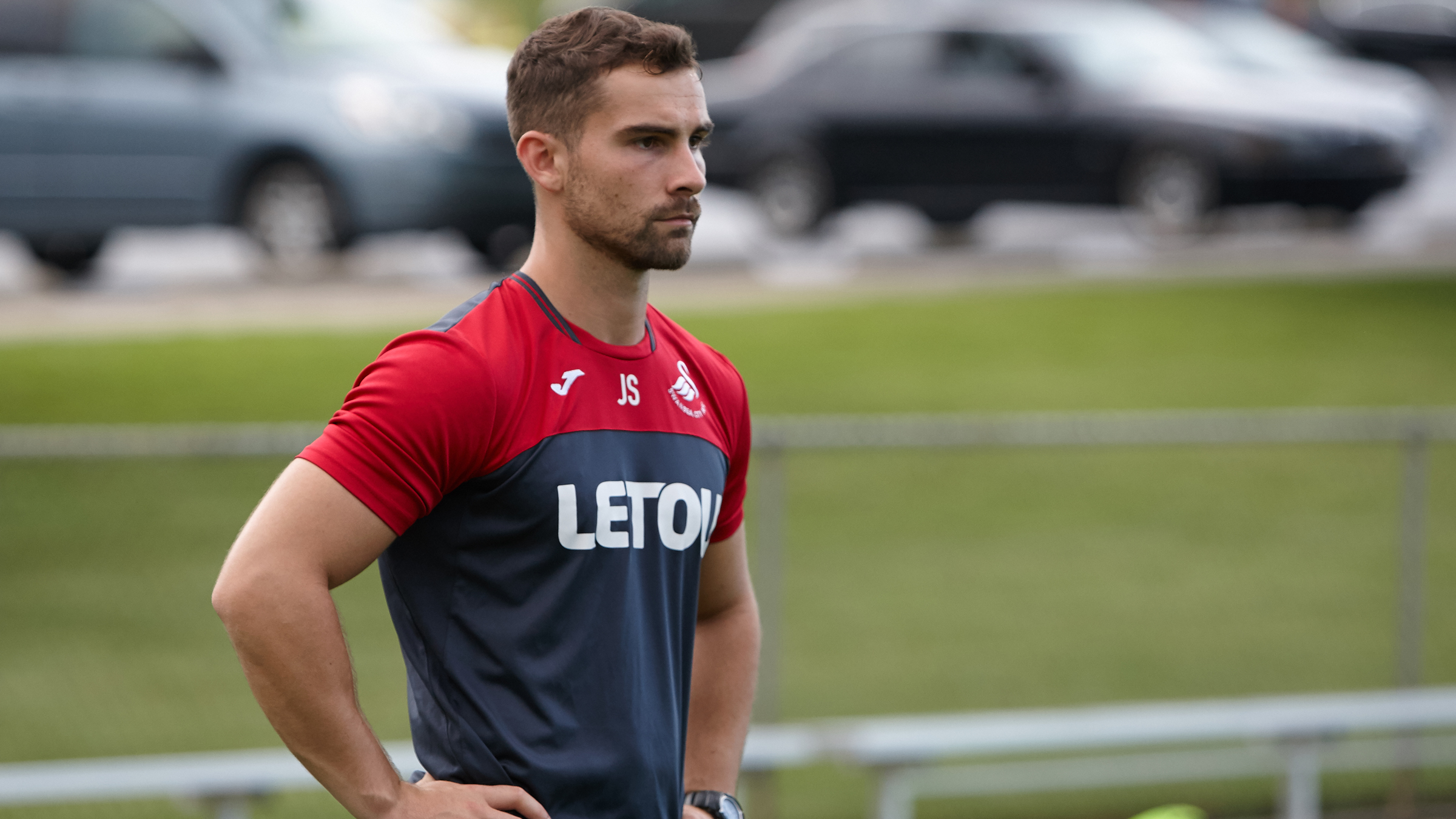 Local lad Jordan Smith came closer than most to making it as a Swansea City player. Having swapped the training field for the classroom, Smith is now part of Paul Clement’s backroom team.

Smith came within a whisker of fulfilling an ambition by playing for Swansea City.

But having come up agonisingly short in his bid to play for the Swans at senior level, Smith got his head down and went back to work.

And now he is living a different dream.

Smith’s hopes of playing for the Swans were dashed when he was released by Brendan Rodgers at the end of the club’s first Premier League season.

Five years later, Smith is now in the dugout as a member of Paul Clement’s backroom team.

And that is quite something for the Swansea-born former Pentrehafod School pupil.

“It is a dream job for me to be working with the first team,” said Smith.

“I got a call from (head of physical performance) Karl Halabi in the off-season saying he wanted me to come and join his team.

“I went into sports science wanting to be in this role.

“It’s a very competitive industry – a lot of people graduate in sports science every year.

“When this chance came, I was thrilled and I was humbled. I was just really excited to get going.”

Smith spent pre-season working morning, noon and night in a bid to get used to his new position.

He is no stranger to the football world, though, having been spotted playing for Prescelli Colts when he was still at primary school.

Despite being a Swansea boy, Smith was picked up by Cardiff City, and played for the Bluebirds from under-9 level through to under-16.

Smith was 16 when he joined the Swans, a move which attracted considerable publicity at the time.

After a two-year apprenticeship, Smith was handed a one-year professional deal back in 2011.

The following summer, however, he was told he was no longer required.

“It didn’t work out for me,” he recalls. “Brendan Rodgers was the manager at the time. I left a few days before he left for Liverpool, which was unfortunate but that’s the way it goes.

“I then had a few trials. I went to Brentford and I went to Spain, then I went back to college. I said to myself that I needed to go down that route.”

Smith studied sports science at Swansea University. While he was doing the degree, he spent two years working with the Swans’ first team as an intern.

He was then given the opportunity to work in the club’s academy.

“I was fortunate to be offered the chance to head up sports science with the under-23s – the whole academy really,” he explains.

“It was a challenge, but I learned a lot and we had a good season.

“That experience has helped me with the step up this season. It’s been busy, but it’s been good.”

Smith, a talented midfielder in his playing days, says working directly under Clement has been a pleasure.

“He has been absolutely fantastic – he has welcomed me in really well,” the 24-year-old adds.

“He introduced me to the squad on the first day of pre-season which set the tone.

“It made me feel really welcome and from that moment I could just get on with my role.

“You notice how high the standards with the boss. He works in a really professional manner and that’s the way I love to work, so it’s all good.

“I am just knuckling down and trying to help us get the best results we possibly can this season.”

A boyhood Swans fan, Smith could be found with his family in the stands at the Vetch even when he was part of Cardiff’s youth set-up.

He has gone from supporter to someone who offers direct support to Clement’s players.

“The aim is to make sure the players are in tip-top condition going into games throughout the season,” Smith says.

And how does he go about trying to make that happen?

One of Smith’s key tasks is to gather the players’ GPS data and feed information to Clement and Co.

Each time they step on to the football pitch, every member of the Swans squad wears a tracking unit in a harness on their shoulder blades.

“We compare what players do in training to what they are doing in a game,” Smith explains.

“The game is their most intense period and we try to plan training based on that.

“We get live data as training goes on, and the boss likes to know exactly where the players are during a session.

“It’s all about trying to make sure they are primed for the weekend.”

Given his past, Smith should know a bit about being right for games.

Team behind the team
Jordan Smith 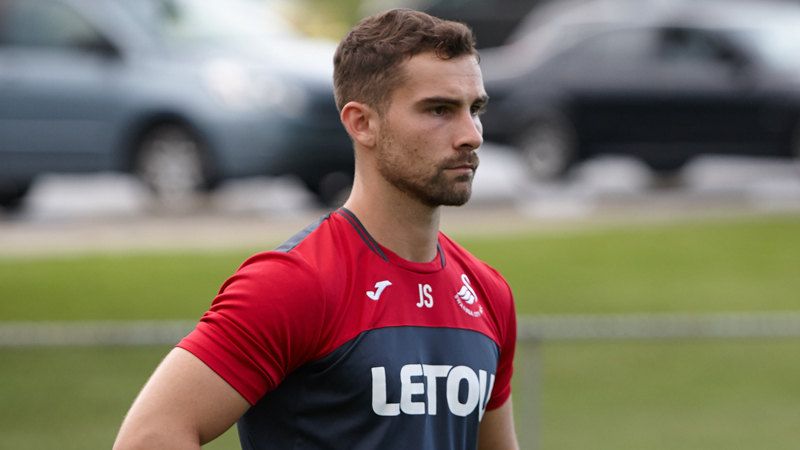 Smith's living a dream with the Swans