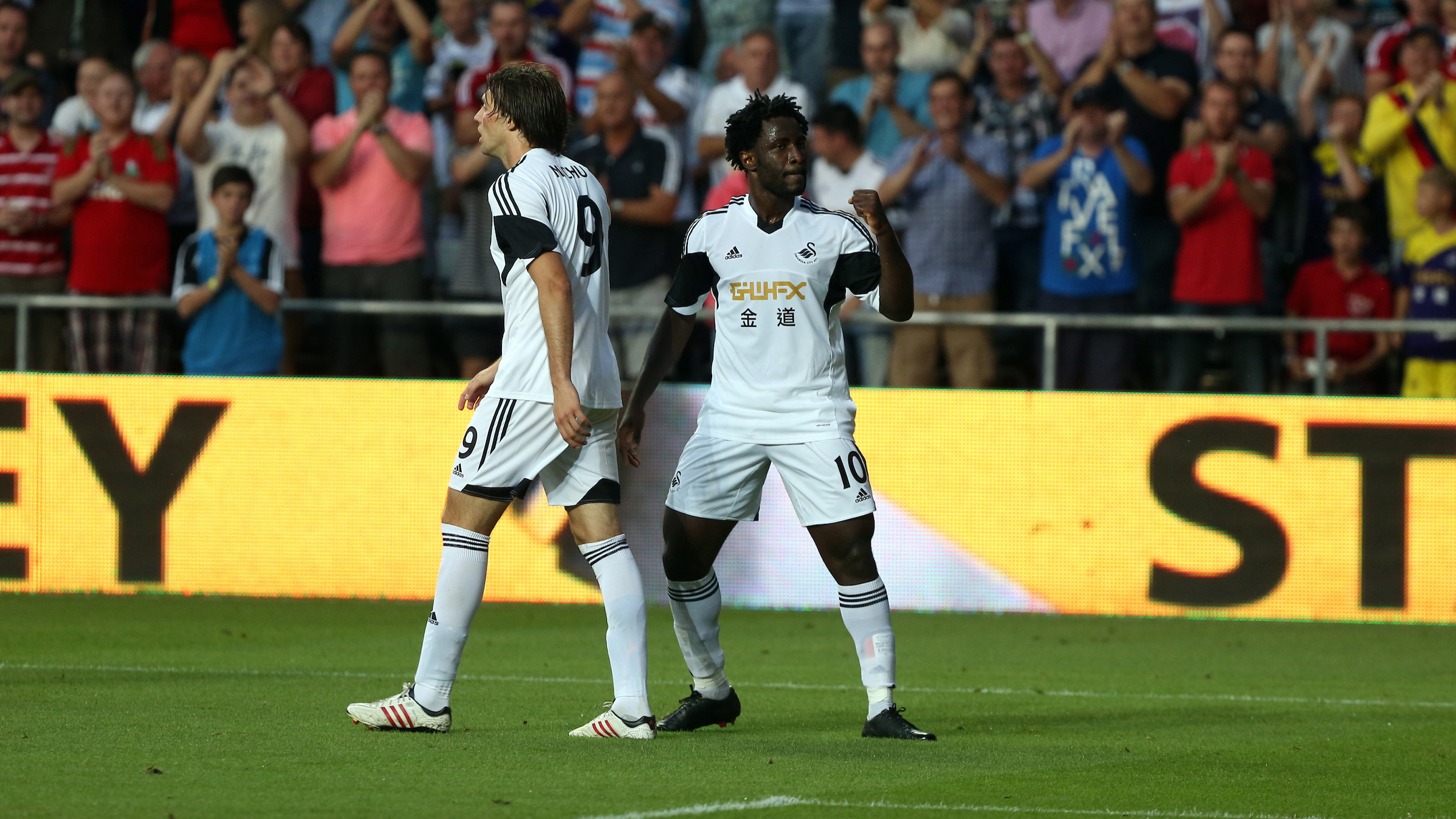 The Ivorian had become the club's then-record signing in the summer of 2013, and made his debut in the Europa League third qualifying round clash with Malmo.

It was Swansea's first game in continental competition in 22 years, coming on the back of their League Cup triumph of the previous season, and they faced a Malmo side who were midway through their domestic campaign.

But Michael Laudrup's men produced a fine display in their first competitive fixture of the new season - played on August 1 - to ease to a convincing 4-0 triumph that put them firmly in control of the tie.

Michu had given them the lead eight minutes before the break as the Spaniard curled home with the aid of the inside of the post.

The visitors posed some stern questions after the break but were dealt the hammer blow of conceding two goals in quick succession.

Bony grabbed his first Swansea goal when he bundled in from close range after Michu had hit the woodwork.

And the striker turned provider late on as he teed up Alejandro Pozuelo for the fourth and final goal.

The Swans would draw the second leg in Sweden and see off Petrolul Ploiesti in the play-off round to reach the group stage.

They would claim a wonderful win over former Champions League finalists Valencia in the Mestalla as they advanced to the last-32, where they were eventually eliminated by Napoli.