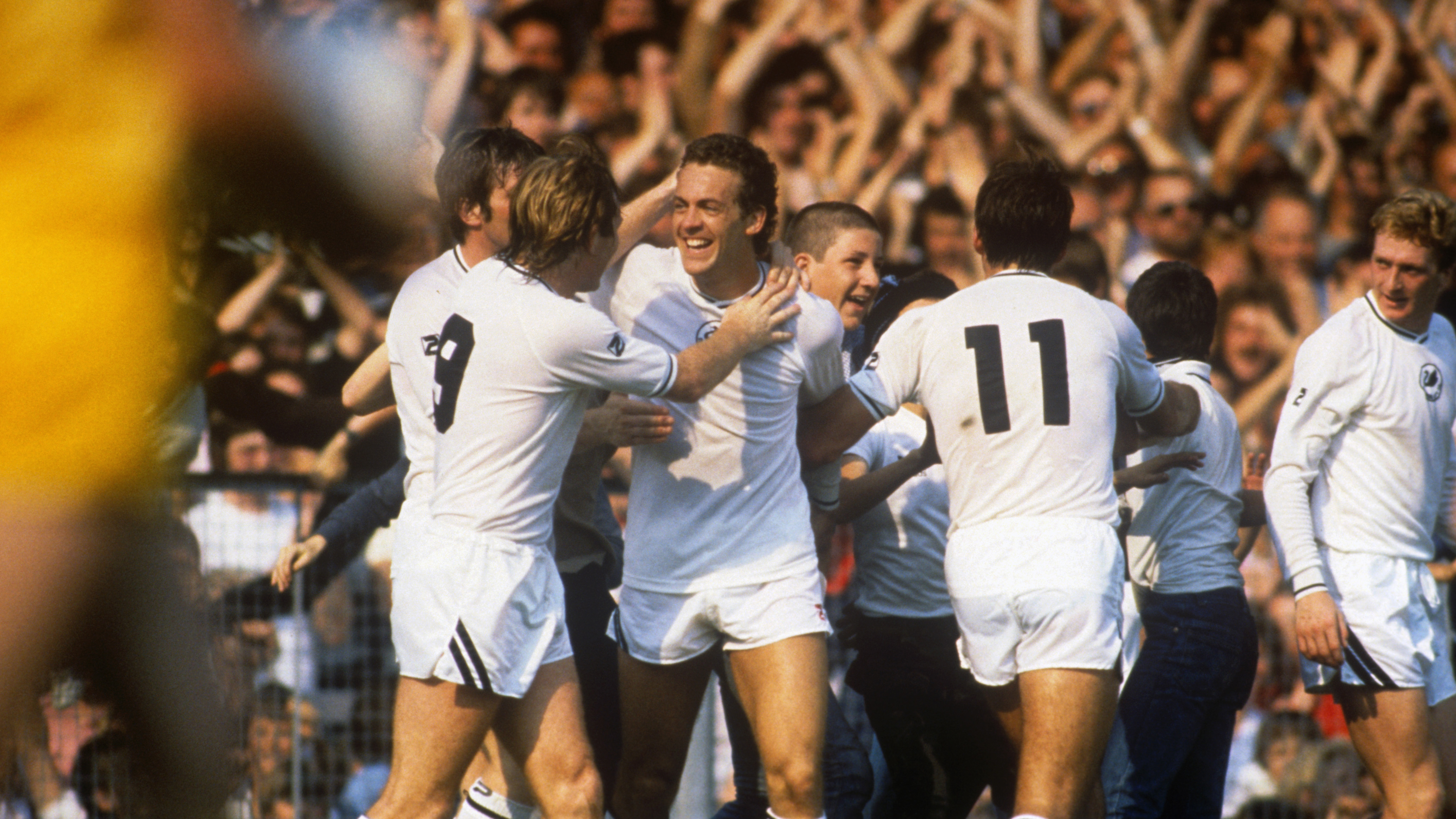 Alan Curtis celebrates with his team-mates after scoring a fabulous goal against old club Leeds United to round off Swansea City's dream start to life as a First Division club.

In the background, meantime, the North Bank roars its approval on an unforgettable day for every Swans fan who was present.

The Swans were playing their maiden game at the highest level of English football having won promotion from the second tier the previous May.

And they immediately served notice that they were ready for the top flight by demolishing Leeds on the opening day of the season.

Jeremy Charles put the hosts in front early on only for Derek Parlane to make it 1-1 at the break.

But the Swans took the game away from Leeds as Bob Latchford scored a nine-minute hat-trick right at the start of the second half.

Curtis, who had rejoined the Swans after an unhappy spell at Elland Road, then rounded off the win with a brilliant individual goal 20 minutes from the end.

"If they had opened the gates at the Vetch, I would have run all the way to Mumbles," Curtis says about his most famous Swans goal.

Swansea City great and honourary club president Alan Curtis believes Steve Cooper’s side head into the final nine games of the season in a strong position and with a "wonderful opportunity" at hand.