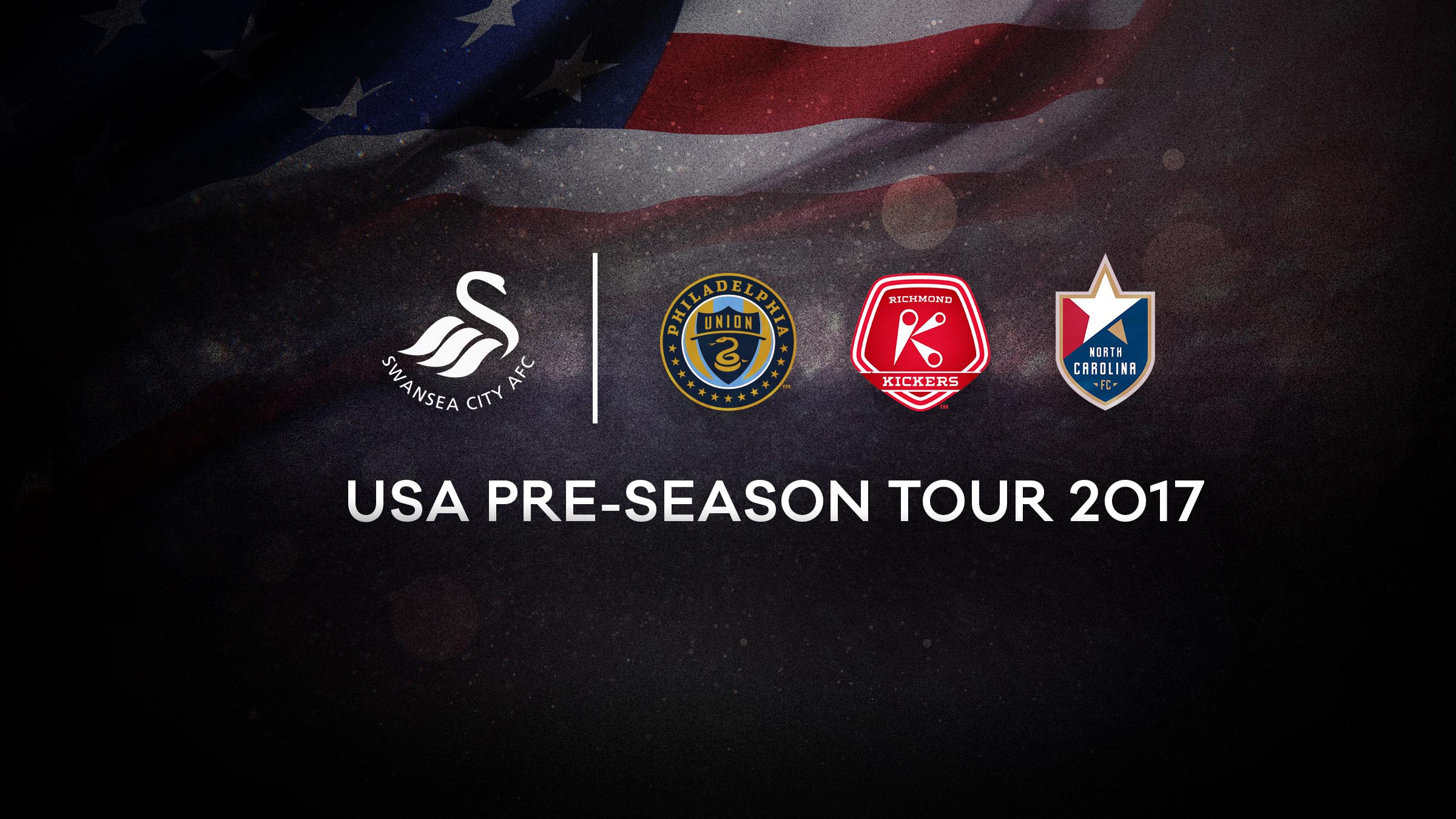 Swansea City will fly Stateside again this summer after confirming a three-game pre-season tour of America.

The Swans will be hitting the East Coast to take on MLS side Philadelphia Union, Richmond Kickers and North Carolina as part of a 10-day training camp from July 13 to 23.

It will be the fourth time the club has headed to America pre-season having visited Colorado and California in 2012; Chicago, Milwaukee and Minnesota in 2014 before returning last season for a 10-day camp in Washington.

Head coach Paul Clement will base the team in Philadelphia for the start of the tour and play their first friendly against Union on Saturday, July 15 (7pm local time).

They will then fly to Carolina for a week to take on Richmond Kickers of the Eastern Conference on Wednesday, July 19 (7.30pm local time).

It will be the second time in consecutive years the Swans have faced the Kickers, official partners of DC United, after the hosts won the previous contest 2-0 in a game that was suspended just before half-time for 95 minutes after dramatic thunder and lightning storms.

The tour will come to a conclusion with a fixture against North Carolina of the North American Soccer League On Saturday, July 22.

“We are pleased to confirm the tour details earlier than normal," explained Swans vice-chairman Leigh Dineen.

"The tour is not only designed to provide Paul Clement with the best environment to prepare the squad for the new campaign, but it also gives Swans fans at home and in the States the opportunity to plan potential trips well in advance.’’

Ticket details can be found on the respective websites, with further details to follow.