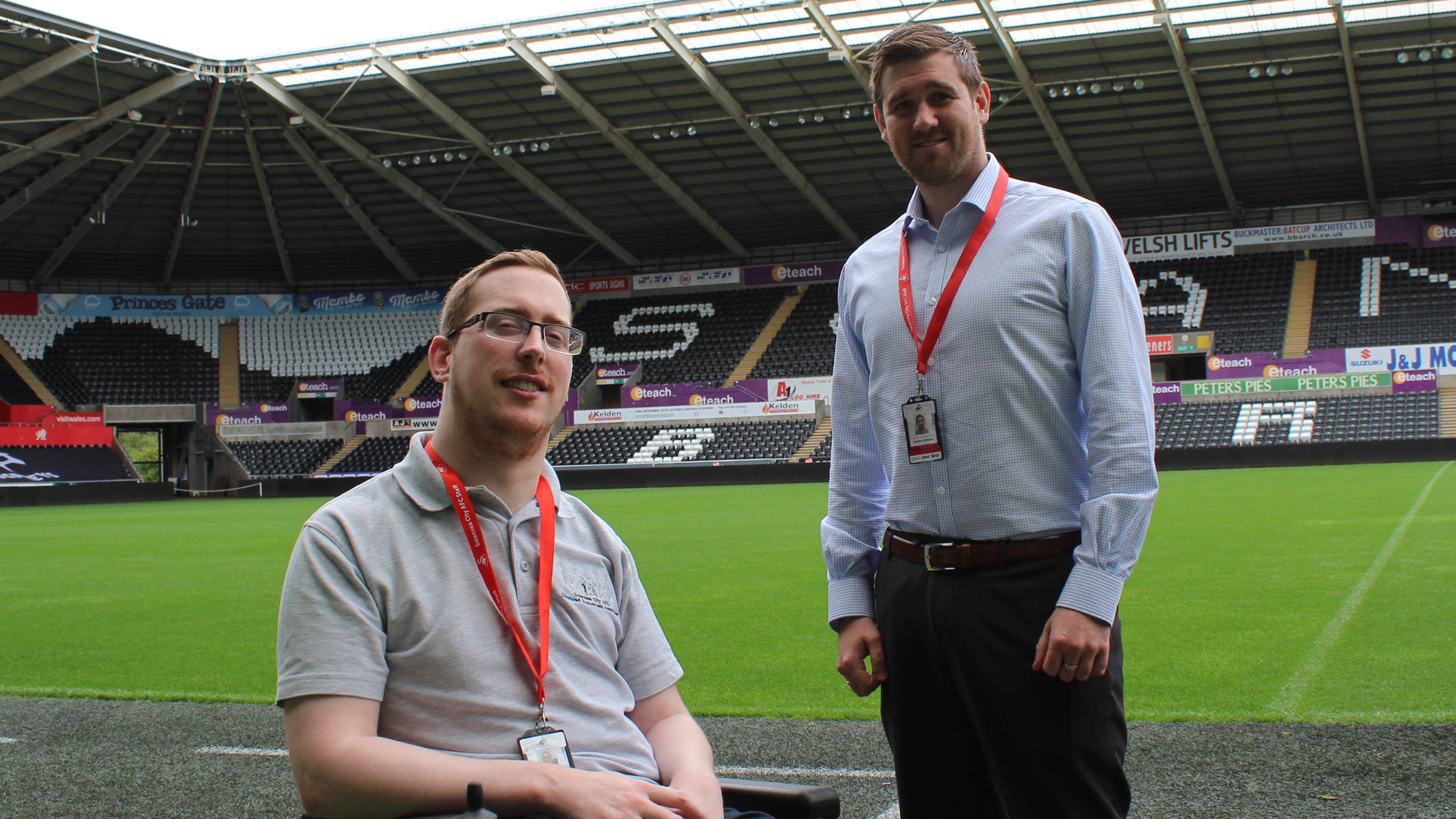 With the club looking to build on its reputation for excellent accessible facilities, the 28-year-old will be tasked with advancing services to disabled supporters in areas such as digital accessibility, hospitality and retail.

Raised in Carmarthen, Mark has been a season ticket holder at the Liberty since 2005 and a member of the DSA since its formation in 2013.

During this time, he studied at Aberystwyth University to achieve an LLM in Legal Practice. This experience, as well as his previous work as an independent living advisor, has equipped Mark on the challenges disabled people face when accessing services.

“I’m excited to get to work and see how we can embed accessibility into our daily practices,” explained Mark.

“Accessibility must form a core part of how we grow and improve as a club for supporter services.”

The role of DAO was first introduced by Uefa as part of their licencing regulations in May 2015. Prior to Mark’s appointment, the job was incorporated into the role of disability liaison officer (DLO) – a position previously fulfilled by Ian James until December 2016.

Mark’s role complements that of our current part-time DLO Andrew Williams (pictured, right, with Mark above) who will remain as the primary frontline staff member.

Swansea City wishes to place on record its gratitude to Ian James for his hard work over previous seasons.