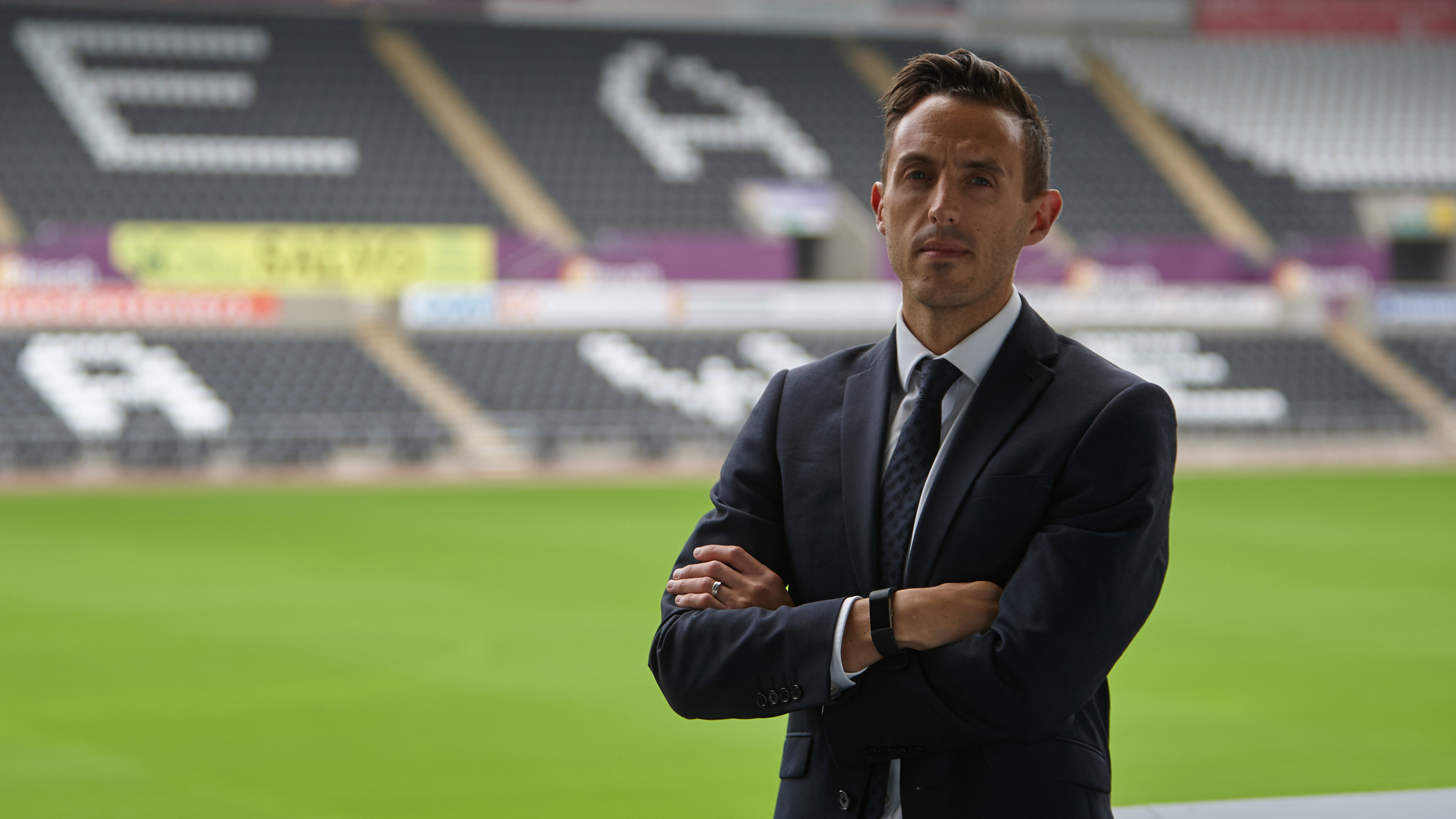 For the Swans have appointed Mark Davies as their first Global Head of Partnerships in a bid to maximise the club’s commercial reach at home and abroad.

The 35-year-old, who holds Masters Degrees in both International Sports Law and Sports Management, has over ten years’ experience in management positions at a variety of football clubs operating at the highest level from the EFL to Premier League and UEFA Champions League.

Specialising in commercial development and sponsorship, Mark has key and unique experience in producing and implementing global club strategies, and has an impressive client list covering most major brands active within sport sponsorship in today’s marketplace.

“The Swansea story is unique,’’ explained Mark. “It is potentially the most successful supporter-owned club ever created, certainly since the Premier League’s formation.

“Now enjoying an exciting new chapter, that story is enhanced by the fact the Swans is the only Premier League team in Wales. When you combine that with the fantastic new facilities available for both the players and potential sponsors, I can’t wait to see how we grow our global appeal, while staying true to the club’s community principles.

“Within the sporting field, every club needs to know its identity and Swansea’s was evident as soon as I walked in - a club and city built on hard work and beliefs, but with an attractive style and ultimate outcome.

“These pure values create a fantastic narrative for brands to identify with and I’m confident they’ll also want to be part of what we are trying to build here.”

“As we look to partner with more brands interested in being part of the unique Swansea City story and leveraging the international exposure our club receives every week, we want make sure we have the internal infrastructure to make that happen,’’ he said.

“Bringing Mark on board is an important step in that direction and I am thrilled he has agreed to join us to spearhead our partnership sales efforts.

“He brings a wealth of experience to the club and a strong track record that has been built though developing relationships with decision makers at global brands.”

Swansea City’s presence in the Premier League gives the club a huge global presence with matches shown across 212 territories and into 650 million homes, creating an estimated audience of nearly three billion people around the world.