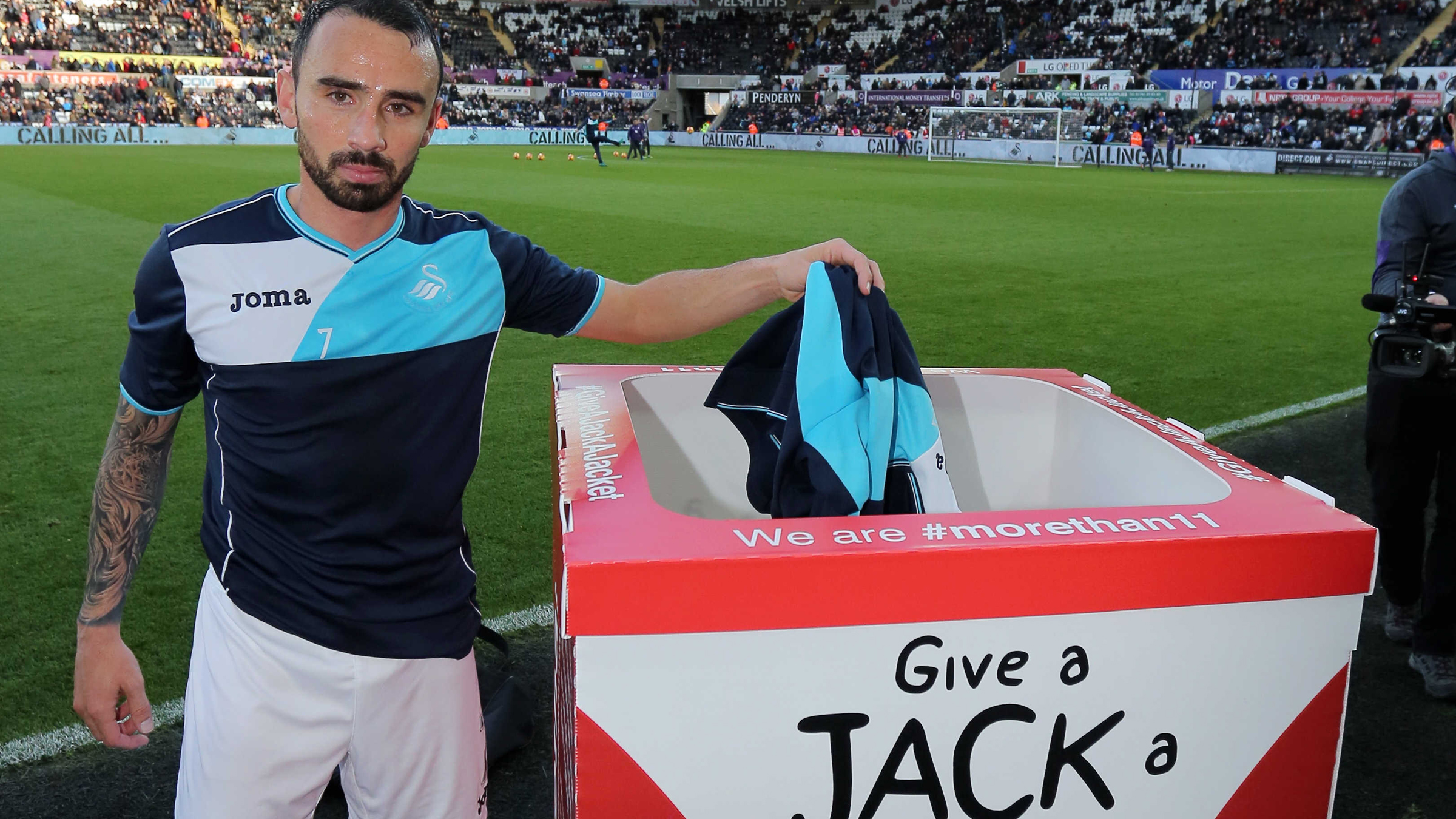 Swansea City’s Give A Jack A Jacket campaign has been shortlisted twice for the upcoming 2017 Football Business Awards.

The Give A Jack A Jacket initiative saw fans, employees and players donate in their droves last Christmas in a bid to keep the homeless of Wales warm during the winter with nearly 3,000 jackets, over 600 jumpers, 300 scarves and 200 woollen hats all donated to Welsh homeless charity, The Wallich.

Recognising and rewarding the hard work that takes place in supporting the success of the game, the annual Football Business Awards are a national event that celebrates achievements and successes of the pitch.

The Swans will find out if they are successful in winning either award at the final, which takes place on Thursday, November 2 at Tobacco Dock in London.

“As a Premier League football club, we have the power to improve the lives of our fans and the less fortunate within our local communities,” said Swans marketing and PR co-ordinator Jordan Harris. “That was the challenge we set ourselves when creating this social inclusion campaign, as well as bringing the club and the fans together to give back to those in need at an extremely difficult time of the year for people sleeping rough.

“We are thrilled that Give A Jack A Jacket has been recognised for two separate awards at the 2017 Football Business Awards, but are more thrilled with the amount of smiles our fans were able to put on the faces of those less fortunate last Christmas, by simply donating a piece of warm winter clothing.”

The Swans, previously shortlisted in the Best Marketing of a Football Club category for the Copper Stripe kit launch campaign two years ago, have continued to play a key role in the community.

Spanish duo Angel Rangel and Fernando Llorente hosted a soup kitchen at the stadium last December that fed 150 homeless people from across Wales while the club’s Under-23s squad welcomed elderly members of Age Cymru to the Liberty after the club donated one Swansea City scarf to the charity for every 10 season tickets sold during November and December.

Club ambassador Lee Trundle, meanwhile, was also on hand to accompany The Wallich on their early morning breakfast run to hand out hot drinks and food to rough sleepers in the city.