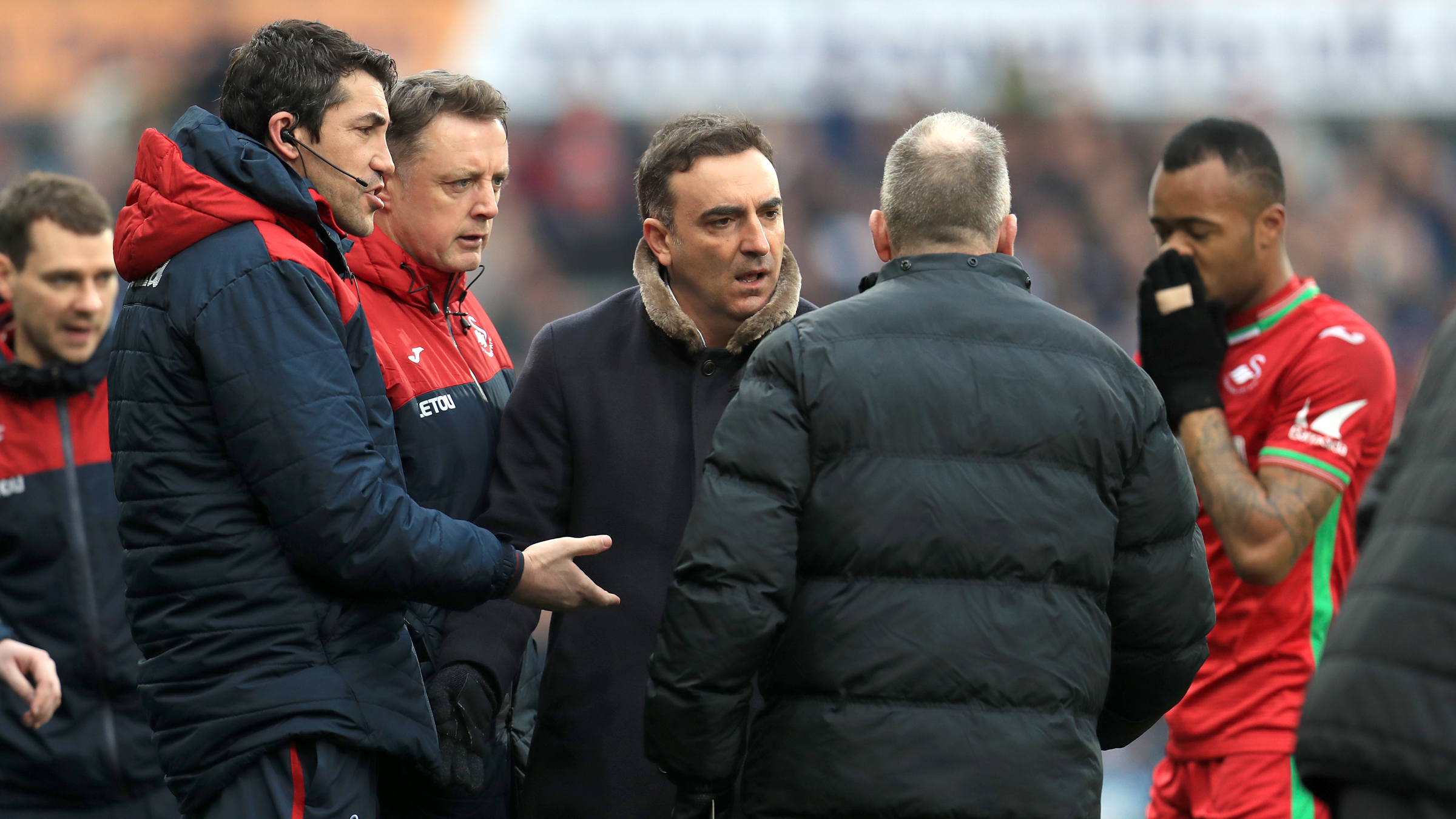 The Swans striker saw red after challenging for the ball with Huddersfield midfielder Jonathan Hogg.

Ayew is facing a three-match ban after referee Michael Oliver opted to dismiss him, apparently after taking advice from fourth official Jon Moss.

And Carvalhal feels the Swans may have grounds for an appeal.

“I don’t usually talk about refereeing decisions, but I think this one was from the fourth official.

“To me, it was not a red card. I thought that at the time and I think the same after watching the video.

“Two players fought very hard for the ball and their feet were in exactly the same position. They were both fighting for the ball.

“If it’s a red card to one then it should be a red card to both of them. I think Jordan slipped a little on the pitch and their player did the same. They were like two bulls colliding.

“We will analyse it and see if we have reason to appeal. Let’s see.”

Unless there is a successful appeal, Ayew will miss next week’s FA Cup quarter-final against Tottenham as well as the Premier League trips to Manchester United and West Brom.

His loss for those three games would be a major blow, but Carvalhal is confident his team would find a way to cope.

“Of course I would rather have Jordan available than not for the next three games,” Carvalhal added.

“He is a player I like a lot but, if Jordan does not play, we will play with another player.

“When we lost (Leroy) Fer, he was our best player at that time. We lost Renato Sanches who would be in the 11 and we then lost Wilfried Bony.

“We are still playing and still fighting even without them. We have shown character to get results and that is what we will keep doing.”