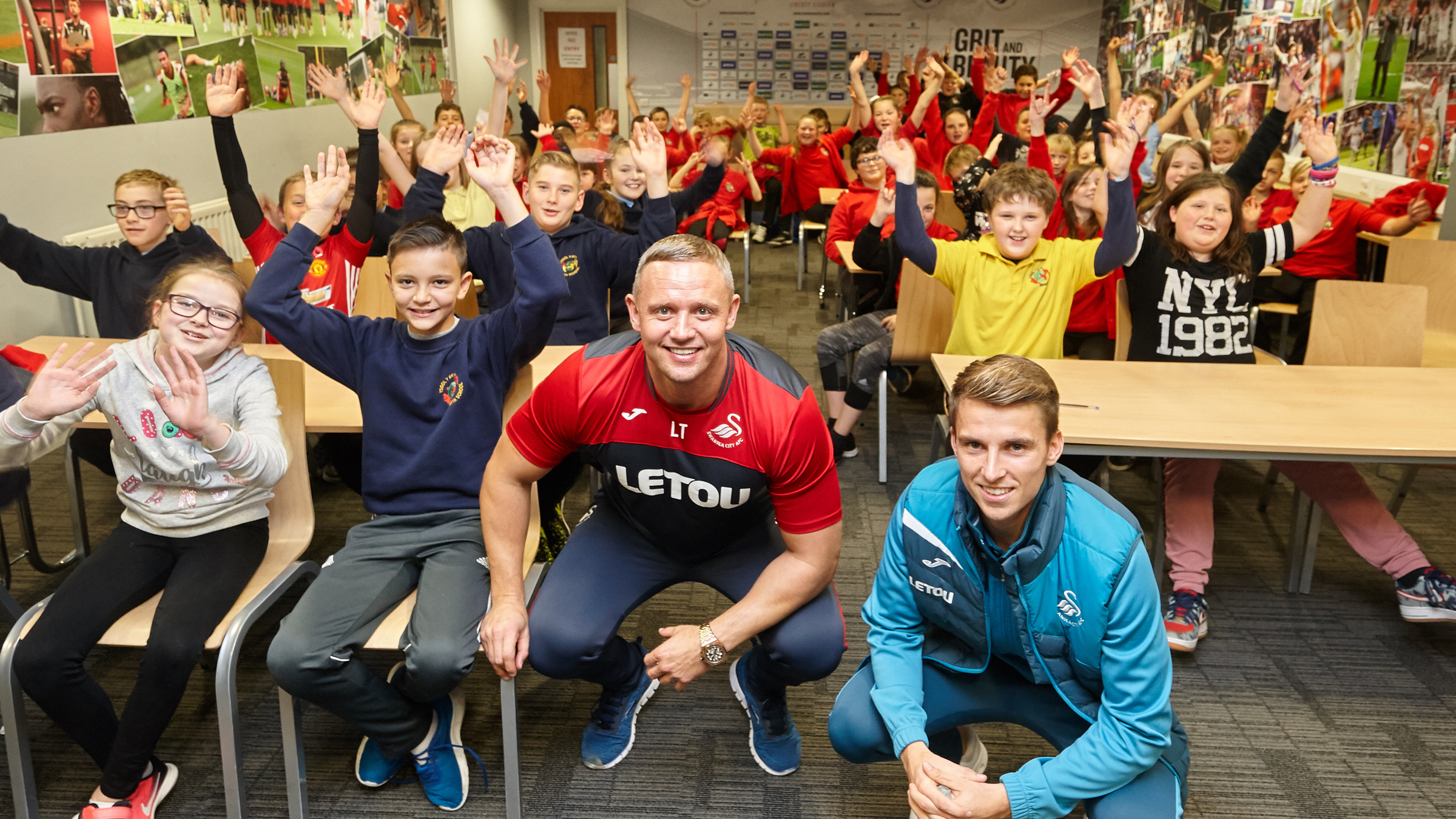 Pupils from Ysgol Bryn Teg and Bryn School visited the Liberty Stadium to participate in a Q&A session and a ‘rhyme battle’ with two very special guests, whilst keeping in mind the theme of resilience.

Swans midfielder Tom Carroll and club ambassador Lee Trundle joined the schools to answer questions about resilience and their memories of school, before joining in a ‘rhyme battle’ with a pupil from each school.

“It’s important to use Premier League Primary Stars to teach children about resilience, because if they’re finding things tough, it shows them not to give up,” said Carroll.

“I think it’s great that as footballers we can get involved with so many of the great things the club does in the community.”

‘Rhyme battle’ winner MJ said: “It was an amazing experience to participate in the battle with Tom and Lee.

“I feel really inspired by Premier League Primary Stars as it pushes me to never give up. I want to become a Premier League footballer so it was great to have Tom to look up to today.”

The pupils spent their morning having a stadium tour, writing poems about resilience and preparing questions for Tom and Lee.

Daisy, the winner of the best resilience poem, had her poem read out by Lee before being rewarded with prizes.

“My poem was about continuing to try at something because you will fail if you just give up. It’s important to keep trying until you succeed,” said Daisy.

For more information about Premier League Primary Stars, and to get your school involved, please email Thomas@scfccommunitytrust.co.uk