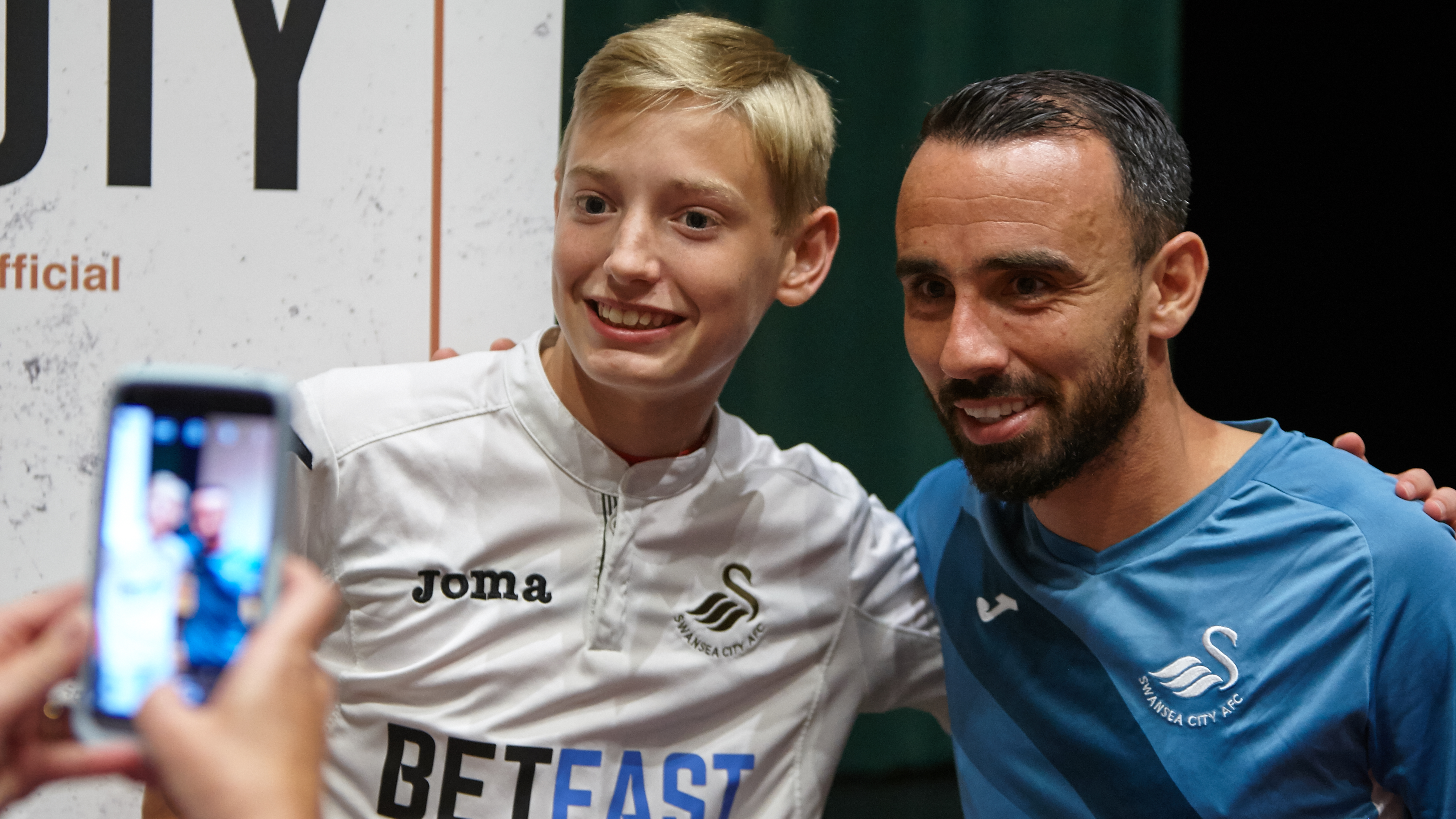 Stateside Jacks were treated to a special viewing of Jack To A King in North Carolina on Monday night.

Held in Downtown Cary, the film was shown to a group of American Swans fans that are attending Saturday’s friendly against North Carolina FC.

Following the film, a selection of Swans players hosted a meet and greet session with those in attendance, taking time to sign autographs, pose for photographs and talk to the fans about the Swansea story.

Stars of the show Leon Britton and Sue Eames were joined at the Cary Theatre by Nathan Dyer, Angel Rangel, Tom Carroll, Wayne Routledge and new addition to the Swans squad, Roque Mesa.

Charting the meteoric rise of Swansea City from the brink of oblivion to the Premier League, Jack To A King has struck a cord with Global Swans around the world and has helped the club attract fans from a range of different countries.

Swans skipper Britton said: "The Swansea story is what has attracted many people from around the globe to start supporting the club so it was great to be able to show it for our American fans and to talk to them about it ahead of the North Carolina game."

Buy your own copy of Jack To A King HERE and to buy tickets to the game against North Carolina, click HERE

Jack To A King
Club
Pre-season