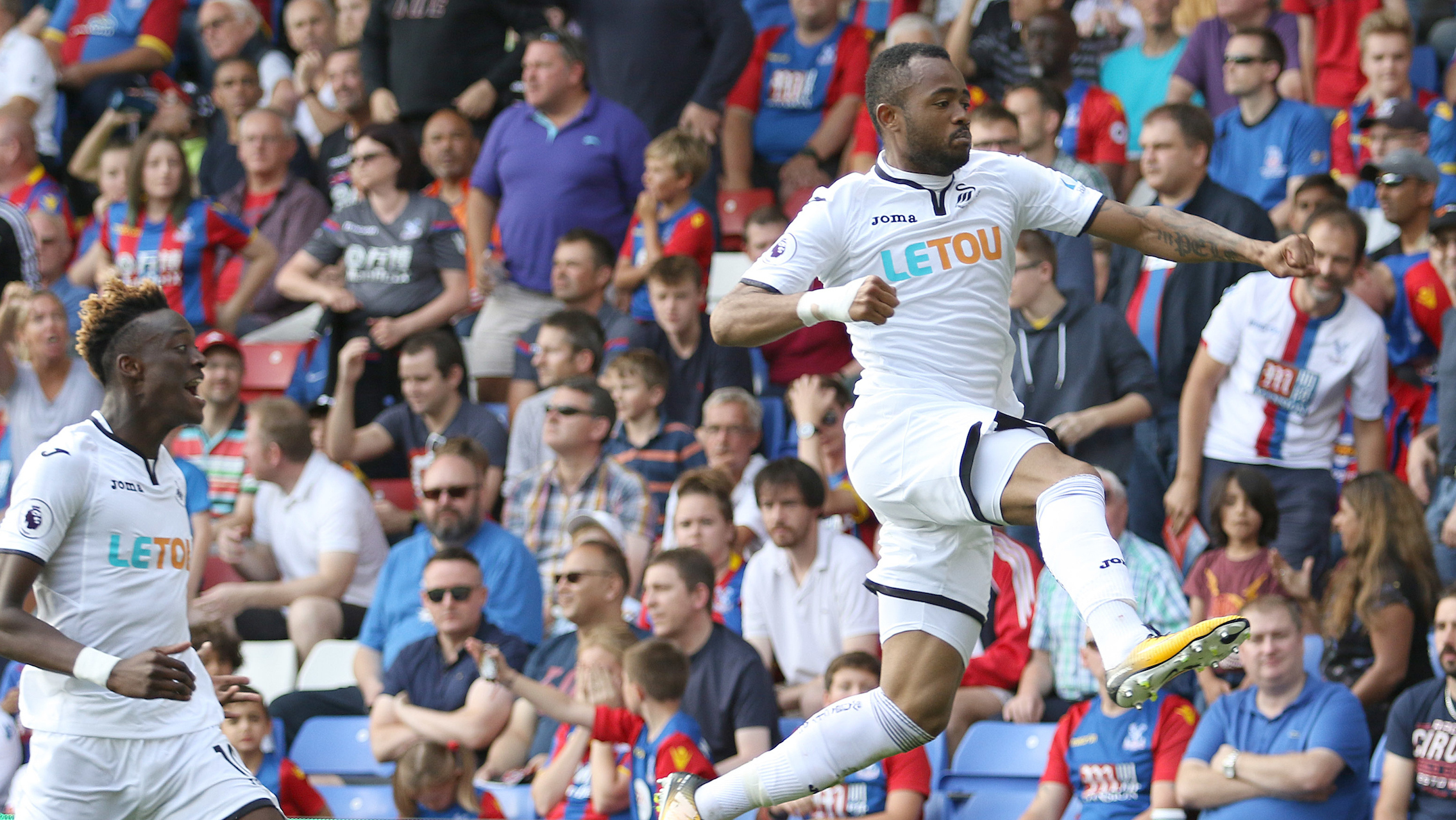 Jordan Ayew is expected to feature against Newcastle United this weekend despite returning early from international duty.

Ayew missed Ghana’s World Cup qualifier in Congo this week due to illness and was pictured receiving treatment in hospital.

But the frontman was back in Wales on Wednesday and is set to be involved against Newcastle.

“Jordan is fit and well after he missed a game through illness and some worrying pictures emerged of him in a hospital bed,” said Swans boss Paul Clement.

“He trained on his own yesterday and was in full training today.

“I believe he was in hospital, but it was just a precautionary measure and he is now okay.”

There is more good news for on the injury front, with Nathan Dyer and Ki Sung-Yueng both progressing after lay-offs.

Dyer has not played since February after rupturing his Achilles, while Ki underwent knee surgery during the close season.

“Nathan is training well with the group,” Clement explained.

“He had a serious injury and missed close to eight months, so it’s going to take him some time to get up to full fitness, but I don’t think he will be that far away.

“Ki has been back to South Korea. He saw the surgeon who operated on his knee and spent some time with his national team while they played their games.

“He isn’t far from being in full training.”