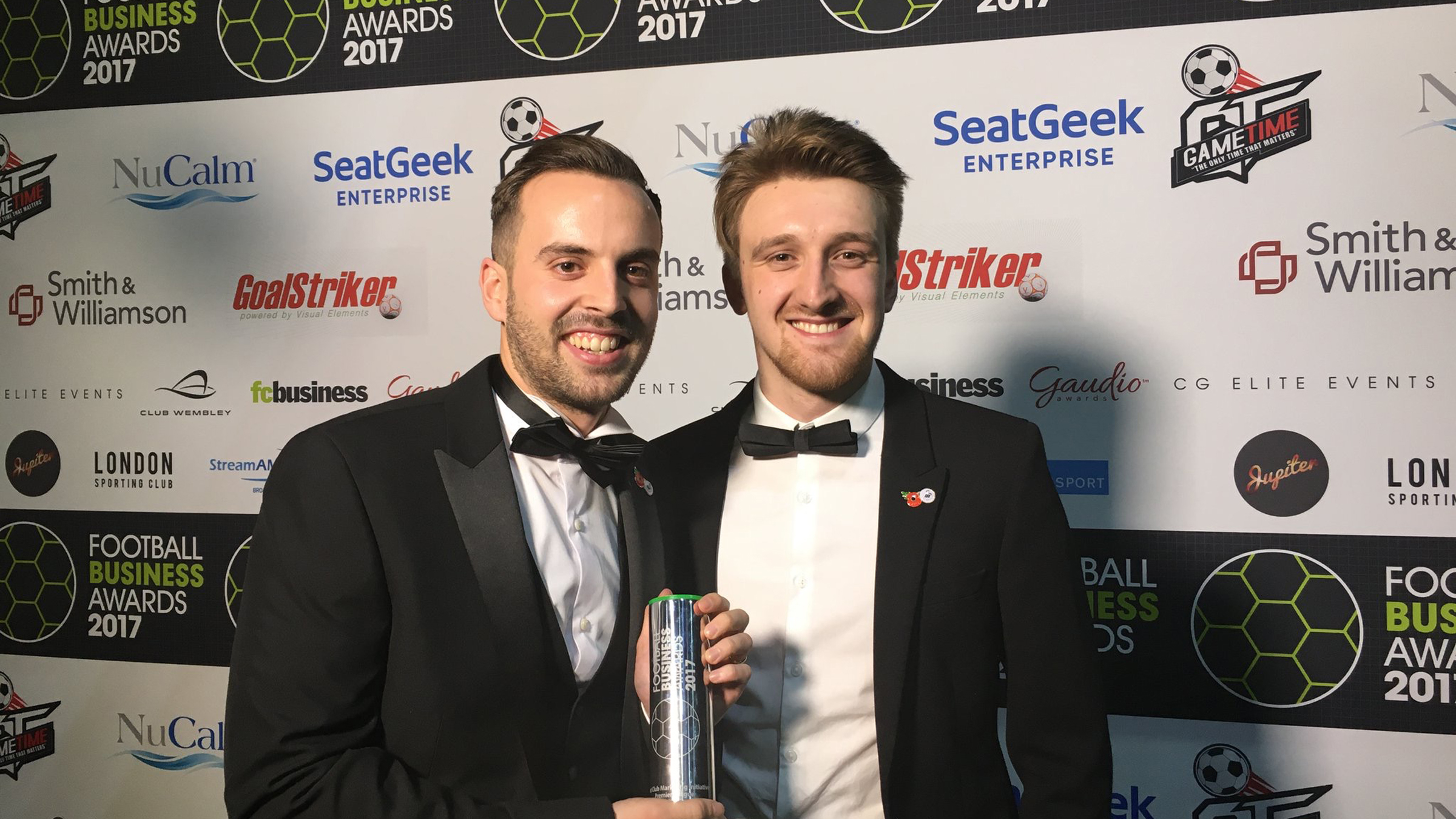 Swansea City were last night rewarded for their work in the local community at the national Football Business Awards.

The Swans were recognised for their hugely successful Give a Jack a Jacket initiative as they picked up the award for Best Premier League Marketing Initiative, as well as bronze for Best Corporate Social Responsibility Initiative.

Celebrating the hard work that takes place in supporting the success of the game, the annual Football Business Awards is a national event that celebrates achievements and successes off the pitch.

The Swans, who were previously shortlisted in the Best Marketing of a Football Club category for the Copper Stripe kit launch campaign two years ago, have continued to play a key role in the community with a highlight being Give A Jack A Jacket, which saw fans, players, the club and local businesses come together to give back to those less fortunate.

Aiming to keep the homeless of Wales warm in the cold winter months, Give A Jack A Jacket saw the club collect donations from fans in the form of coats, hats, scarves and jackets.

With donation points around the Liberty – as well as throughout the city – the Jack Army responded in their thousands, with all the warm clothing being donated to Welsh homeless charity The Wallich.

“As a Premier League football club, we have the power to improve the lives of our fans and the less fortunate within our local communities,” said Swans marketing and PR co-ordinator Jordan Harris.

“That was the challenge we set ourselves when creating this social inclusion campaign, as well as bringing the club and the fans together to give back to those in need at an extremely difficult time of the year for people sleeping rough.

“We are thrilled that Give A Jack A Jacket has been recognised at the 2017 Football Business Awards, but are more thrilled with the number of smiles our fans were able to put on the faces of those less fortunate last Christmas, by simply donating a piece of warm winter clothing.

“We would like to thank every single person who donated, as well as The Wallich for their support, and we will strive to continue our work within the community.”