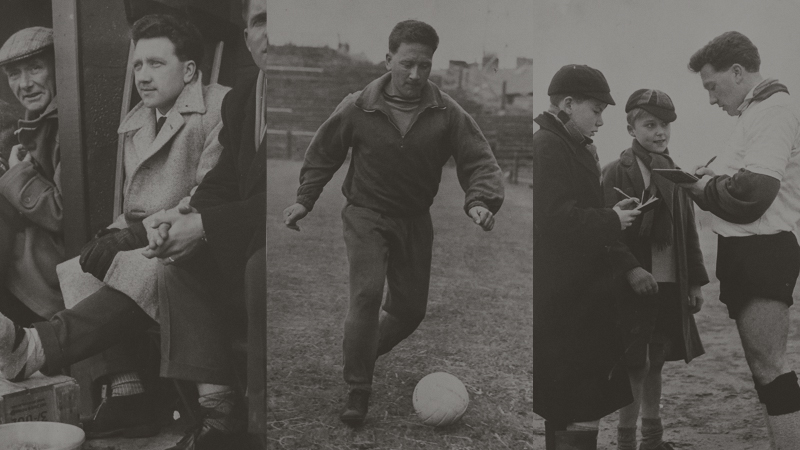 Swansea City is sad to hear of the passing of former player Graham ‘Flicka’ Williams at the age of 81.

Initially with Wrexham and Oswestry Town, he joined Bradford City in August 1955 and moved to Everton in March 1956.

He appeared in the top flight before joining the Swans for £5,000 in February 1959, netting 18 goals in 91 Second Division games before breaking his leg.

The Welsh international outside-left, who was capped five time by his country and scored against England in 1961, featured in the Swans' 1961 Welsh Cup final triumph.

Part of a great side that included the likes of Harry Griffiths, Ivor Allchurch and Roy Saunders, Graham was held in high esteem as a footballer and a person.

He moved to Wrexham in July 1964 and later played for Wellington Town, Tranmere Rovers, Port Vale, Runcorn and Oswestry, scoring 47 goals in 249 league games during a 14-year career in the Football League.

Former Swansea Town manager Trevor Morris once famously said of Graham: “Some of Flicka’s team-mates used to complain that they never knew what he would do with the ball. If they felt like that training with him every day, then what chance does the opposition have!’’

He even had a racehorse named after him with ‘Son of Flicka’ winning the Coral Cup at the Cheltenham Festival in 2012.

His son Phil wanted to convey his thanks to the club and the Swans fans for their support, stating: “Some of my father’s happiest times as a footballer were at Swansea. He always said that the fans were fantastic with him and the family would like to thank everyone for their kindness.”

Everyone at Swansea City would like to pass on their condolences to Graham’s family and friends at this sad time.