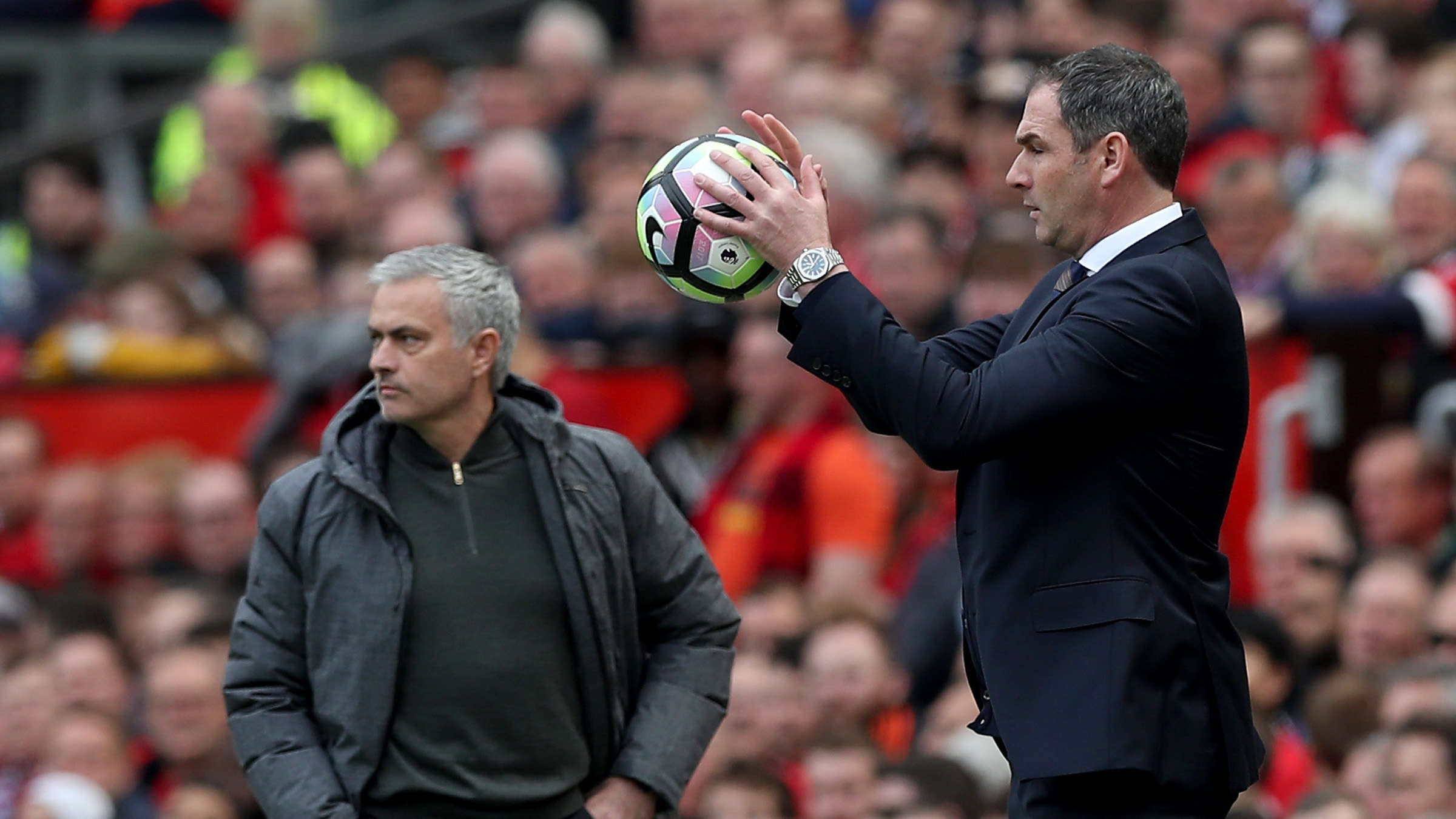 Swansea City play their first home game of the new season this weekend as Manchester United head to Wales.

We take a look at all the big talking points as Paul Clement’s men face one of the title contenders.

There are unlikely to be many tougher home games for the Swans than their first one, against Jose Mourinho’s new-look United side.

Nevertheless, Clement’s players should go into the game with confidence having been hard to beat on their own patch in 2017.

Only Arsenal and Tottenham have won in SA1 this year, with the Swans banking 19 points from a possible 21 in their other home league games since the beginning of January.

Even Spurs might have been beaten, for the Swans led in the 88th minute of that game.

United, meantime, have taken only two points from their last four Premier League fixtures away from Old Trafford.

WELCOME TO THE LIBERTY

Tammy Abraham already has a goal at the stadium under his belt, but the striker is set for a first competitive appearance at the Liberty this weekend.

Abraham netted in the pre-season friendly thrashing of Sampdoria, and will now go in search of his first competitive Swans goal against United.

Fellow summer signing Roque Mesa, meantime, will hope to make his Swans debut having been an unused substitute at Southampton last weekend.

Clement has high hopes for the Spanish midfielder, but feels he will need time to get used to the Premier League.

Plenty of pundits are suggesting that the 2017-18 Premier League title is destined for Manchester, with United and City looking like the frontunners to lift the trophy.

Champions Chelsea might have something to say about that, of course, not to mention the likes of Spurs, Arsenal and Liverpool.

But certainly, there is a feeling that United – who were very impressive as they thumped West Ham last weekend – will improve considerably on last season’s sixth-placed finish.

After all, Mourinho has just started his second campaign as Red Devils boss, and history suggests that means silverware is on the cards.

In all five of his previous jobs – Porto, Chelsea twice, Inter Milan and Real Madrid – the Portuguese has won the domestic league title in his second season in charge.

Life after Gylfi Sigurdsson officially begins this weekend following the Icelander’s move to Everton, although he has not featured in a Swans game since their first pre-season friendly more than a month ago.

He will be missed, of course, having been such an influential performer over the last three campaigns.

United will no doubt be delighted that he is not involved after that glorious free-kick at Old Trafford in the spring, but Clement’s side must move on.

With Sigurdsson gone, it is time for someone else to step up to the plate.

CAN THE SWANS FINALLY TOPPLE MOURINHO?

The Swans may feel they are due a special day against the Special One.

They have encountered the Portuguese’s teams seven times before and are yet to register a victory.

There have been two draws – in last April’s encounter at Old Trafford and on the trip to Chelsea on the first day of the 2015-16 season.

There were four Swans defeats against Mourinho’s Blues side, the most painful of which saw a depleted home line-up go down 5-0 to title-bound Chelsea at the Liberty in January 2015.

Mourinho has never lost an away game at Swansea, where United blew Bob Bradley’s team away in the first half of last season’s encounter.

But Clement’s Swans are made of stern stuff, as proved when these two sides last met.

The Swans may have struggled to master Mourinho, but they have done pretty well against his current club in recent years.

Following promotion to the Premier League in 2011, the Swans struggled in their early top-flight encounters with Manchester giants.

But a 2-1 FA Cup win at the Theatre of Dreams in January 2014, when Wilfried Bony headed home late on, hinted at what the Swans were capable of.

The Swans repeated the trick in the league on the opening day of the following season, then beat United twice in a row at the Liberty.

There have been two defeats in their last three meetings with the 20-time champions, but the Swans have proved they can compete.

In a bid to improve the supporter experience on matchdays at the Liberty Stadium, the club will be erecting additional fencing outside the East Stand – on the red tarmac.

This will allow supporters to take food and drink outside at half-time at future games to ease congestion in the concourse areas.