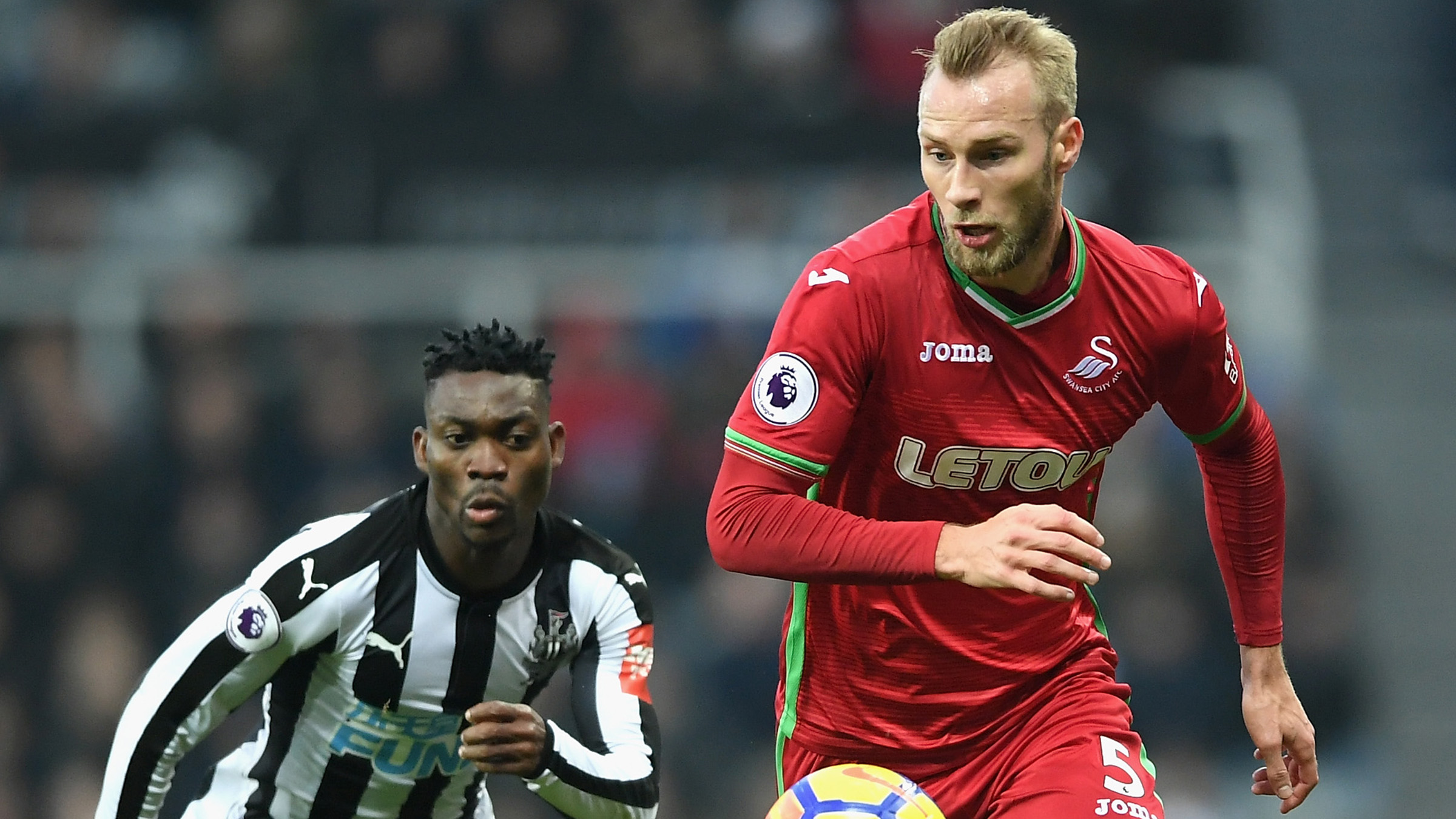 Swans wait for news on Mike

Swansea City must wait for news of Mike van der Hoorn after the defender came off injured at Newcastle United.

And he did a steady job of filling in, even claiming an assist when his cross was headed in by Jordan Ayew at the second attempt.

But van der Hoorn’s day ended just moments after the Swans had taken a 61st-minute lead as he limped off with what looked like a hamstring problem.

“Mike felt something in the muscle,” said boss Carlos Carvalhal.

“We will have to see how bad the injury is. We have to wait 48 hours at least to try to see what he has done.”

Losing van der Hoorn for any length of time would be a blow for the Swans, for he has been in steady form of late.

But Carvalhal is at least blessed with plenty of options in central defence, while Naughton is now free to play again after completing a three-match ban.

The Swans are also hopeful that Renato Sanches, Tammy Abraham and Leon Britton will also return to action imminently.